The Australia Institute estimates more than 650,000 people will be thrown into poverty if the JobSeeker dole payment returns to its pre-pandemic level. 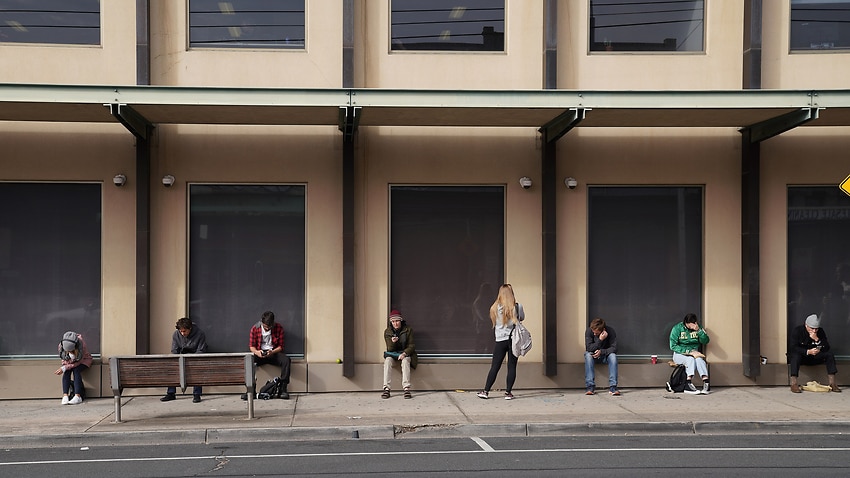 New economic modelling suggests over half million Australians would be thrown into poverty if the JobSeeker dole payment returns to its pre-COVID-19 pandemic level of $40 a day.

Treasurer Josh Frydenberg will hand down an economic and fiscal update on Thursday, which will include Treasury's review of the enhanced JobSeeker payment, as well the JobKeeper wage subsidy, both of which are legislated to end in September.

Centrelink offices were inundated with people attempting to register for the JobSeeker in the wake of business closures due to the COVID-19 pandemic. Source: AAP

In response to the coronavirus pandemic, and in the face of an anticipated sharp jump in unemployment, the federal government introduced the coronavirus supplement, which doubled the JobSeeker payment - formerly known as Newstart - to around $1100 a fortnight.

If the JobSeeker payment returns to its previous level, those people will be returned to poverty and the impact will be magnified given the unemployment rate has jumped to a 22-year high of 7.4 per cent and is set to go even higher.

The institute estimates it would push more than 650,000 Australians into recession, including 120,000 children aged under 14.

"The coronavirus supplement has been an essential part of our nation's response to this recession," the institute's executive director Ben Oquist said releasing the modelling findings on Monday.

"In fact, no other government has ever lifted so many people out of poverty so quickly."

But he said removing the supplement would put hundreds of thousands of people into poverty.

"This will not only have serious negative social effects for decades to come but makes terrible economic policy by effectively withdrawing much needed stimulus," Mr Oquist said.

"Our research shows that even if the government removes the supplement but increases the old rate of JobSeeker by $75 per week there will be a half a million person increase in poverty."

There has been widespread calls for some time for the dole payment to be increased from its pre-pandemic level of $40 a day, including from the Business Council of Australia, ACOSS, Deloitte Access Economics, the Reserve Bank, as well as from Labor and the Greens.

Finance Minister Mathias Cormann did not rule out raising the payment once the supplement ends in September.

"We're making judgments on the most appropriate arrangements into the future," he told Sky News on Sunday.