Scientists say a big chunk of Greenland's ice cap falling off in the far northeastern Arctic is evidence of rapid climate change. 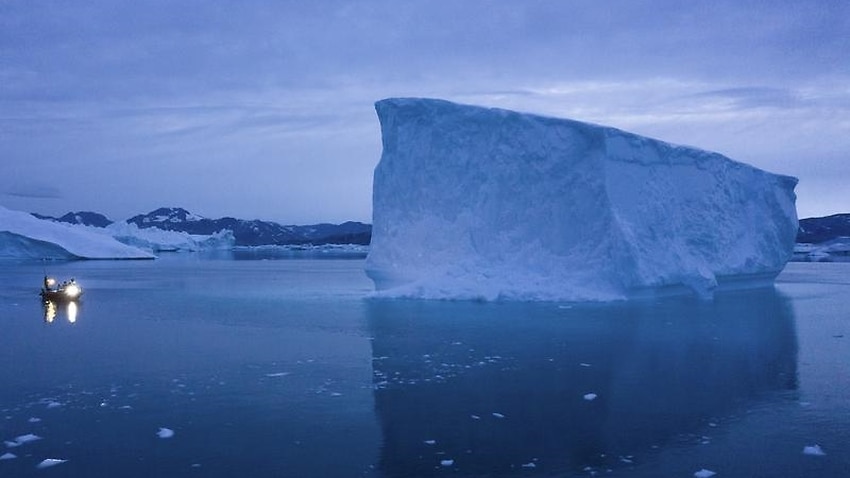 Ice cap losses each exceeded 50sq km in Northeast Greenland for the past two years. (AAP)

A massive chunk of ice - larger than the city of Paris - has broken off from the Arctic's largest ice shelf because of warmer temperatures in Greenland, scientists said Monday.

The 113-square-kilometre block broke off the Nioghalvfjerdsfjorden glacier in Northeast Greenland, which the scientists said had been expected given the rising average temperatures.

GEUS also published satellite images showing the portions of the glacier that had broken off.

While it is normal for pieces of ice to break off from a glacier - a process called calving - they are generally not this large.

According to GEUS, since 1999, the glacier has lost 160 square kilometres of ice, an area twice the size of Manhattan, with the loss rate accelerating in the past two years.

"If we see more warm summers like we observed the last two years, it will be contributing more to the accelerating global sea level rise," Dr Box said.

The melting of Greenland's ice sheet contributed to a sea level rise of 1.1 centimetres between 1992 and 2018, according to a study published in the science journal Nature in December.

A more recent study by the University of Lincoln in England predicted that the melting ice in Greenland could raise sea levels by 10 to 12 centimetres by 2100.

Average temperatures in the region have risen by about three degrees Celsius since 1980 and are expected to reach record levels in 2020.

According to Jenny Turton, a researcher at Germany's Friedrich-Alexander Universitat Erlangen-Nurnberg, heatwaves in recent years have accelerated the melting.

"Each summer, water drains from the Greenland ice sheet onto the tongue of the glacier, forming rivers and ponds on the surface. Refreezing of the water in winter creates additional pressure on the floating tongue, which can lead to calving events," Dr Turston said in a statement published by GEUS.

Researchers said the development mirrored that of a neighbouring glacier, the Zachariae, which collapsed into the ocean in 2015, leading to an increase in calving as it was heated from both the ocean and air.