French President Emmanuel Macron said Sunday that Belarus's leader Alexander Lukashenko must step down, after the EU refused to recognise him as the legitimate president of the ex-Soviet country.

"It's clear he has to go," Mr Macron told French weekly the Journal du Dimanche ahead of a trip to EU states Lithuania and Latvia, which border Belarus.

"It is a crisis of power, an authoritarian power that cannot accept the logic of democracy and which is hanging on by force. It is clear that Lukashenko has to go." 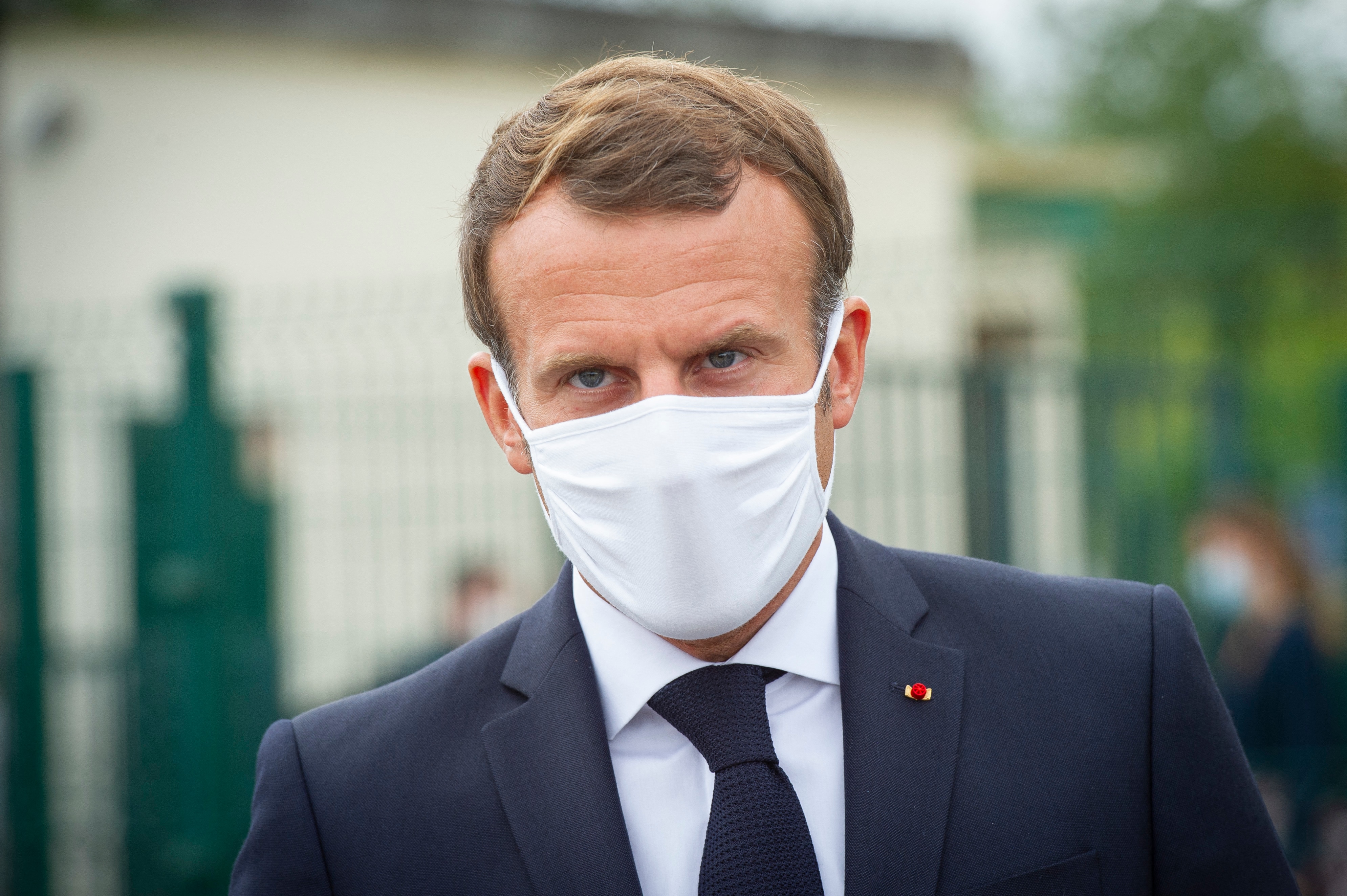 Tens of thousands of people have taken to the streets in Belarus since 9 August elections which opposition leader Svetlana Tikhanovskaya says she won, despite Lukashenko's insistence he took a landslide victory.

The embattled leader has launched a brutal crackdown against the protesters - drawing condemnation from the West, but support from Moscow.

This week he triggered new demonstrations and fresh Western criticism when he held a secret inauguration for himself. 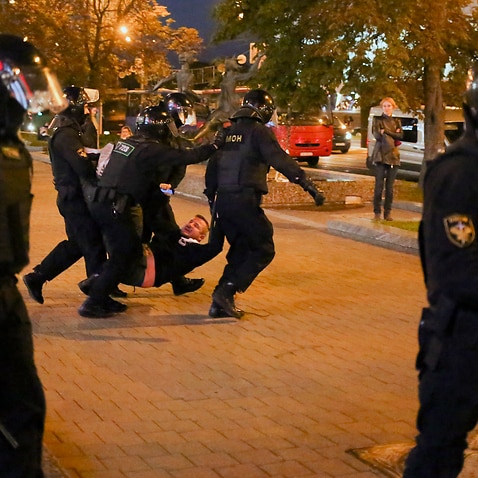 Mr Macron on Sunday said he had been "impressed by the courage of the protesters".

"They know the risks they are taking by demonstrating every weekend, and yet, they are pushing forward with the movement to make democracy come alive in this country that has been deprived of it for so long," he said.

"Women in particular, who march every Saturday, command our respect," he added.

More than 90 people - most of them women - were arrested on Saturday at opposition rallies, according to one NGO.

Fresh protests were sparked by the surprise announcement on Wednesday that Mr Lukashenko had been sworn in for a sixth term in office.

The European Union said the strongman's inauguration lacked "democratic legitimacy" and refused to recognise him as president.

The bloc has said it is reviewing relations with Belarus, with the issue to be debated at an EU summit on Thursday and Friday in Brussels. 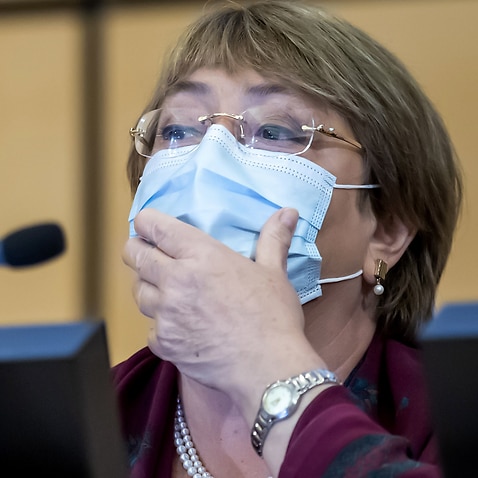 EU ministers decided in principle last month to impose sanctions against the regime - but Cyprus has been blocking approval until the group agrees similar measures against Turkey over gas exploration in the eastern Mediterranean.

Meanwhile, Baltic EU states Lithuania, Latvia and Estonia have expanded their own sanctions against Belarus.

Mr Macron sets off on Monday for his first visit to Lithuania and Latvia, which are hoping for French support in the face of the Belarus crisis and rising tensions with Russia. 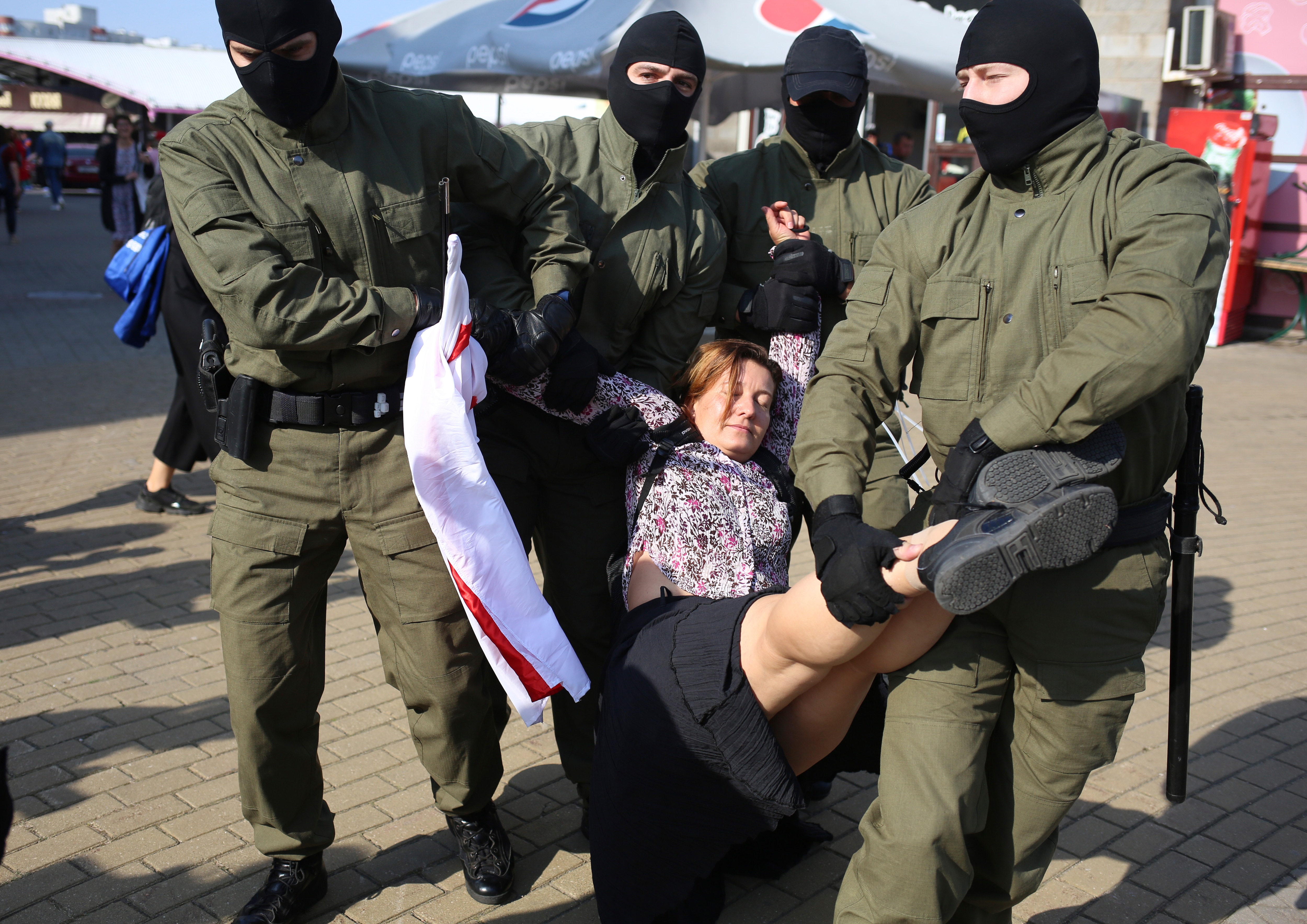 Police officer detain a woman during an opposition rally to protest the official presidential election results in Minsk on 26 September.
AAP

Mr Macron told the Journal he spoke to Mr Putin on 14 September, when the Russian leader was hosting Mr Lukashenko at his residence in the Black Sea city of Sochi for one-to-one talks.

"I told him that Russia has a role to play, and this role can be positive, if he pushes Lukashenko to respect the legitimacy of the ballot box and free political prisoners," Mr Macron said.

At the Sochi talks, Mr Lukashenko vowed to stick closer with "elder brother" Moscow. Mr Putin has long urged full unification between Russia and Belarus, while Mr Lukashenko has so far ruled this out.

Mr Macron will meet the leaders of Lithuania and Latvia during his trip, and his office has not ruled out a meeting with Belarusian opposition leader Ms Tikhanovskaya, who has taken shelter in Lithuania.