Pyongyang has written to several international parliaments condemning the actions of US President Donald Trump.

A North Korean parliamentary committee has sent an open letter to several international parliaments condemning the belligerent attitude of the president of the US, North Korea's state agency KCNA says.

The letter sent on Sunday, whose recipients were not disclosed, by the Foreign Affairs Committee of the Supreme People's Assembly, condemns the "ignorant" comments that US President Donald Trump made in his UN speech.

Mr Trump addressed the United Nations General Assembly on September 19, in which he threatened to "totally destroy" North Korea and referred to North Korean leader Kim Jong-un as "Rocket Man". 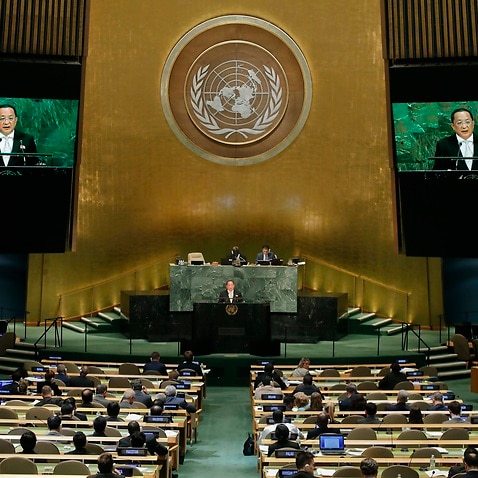 Pyongyang called Trump's comments an "intolerable insult to the Korean people, a declaration of war against the DPRK and grave threats to the global peace".

"If Trump thinks that he would bring the DPRK, a nuclear power to its knees through nuclear war threat, it is a big miscalculation and ignorance," the letter published by KCNA read.

The letter added "from the first day of his office Trump has conducted high-handed and arbitrary practices, scrapping international laws and agreements" giving priority to the US' own interests "at the expense of the whole world", and urged the parliaments to exercise "sharp vigilance" with regard to Washington.

Pyongyang expressed its "belief" that "parliaments of different countries in the world loving independence, peace and justice would take this opportunity to fulfill their due missions and duties".

The rogue state called on them to be vigilant of the "heinous and reckless moves of the Trump Administration" which is trying to drive the world "into the horrible nuclear disaster".

China has called for all sides in the North Korea missile crisis to show restraint and not "add oil to the flames".

Asked how concerned China was the war of words between Trump and North Korea could get out of control, Foreign Ministry spokesman Lu Kang described the situation as highly complex and sensitive.

All sides should "not further irritate each other and add oil to the flames of the tense situation on the peninsula at present.

"We hope all sides do not continue doing things to irritate each other and should instead exercise restraint."

South Korea's prime minister has thanked Australia for its support during talks with Opposition Leader Bill Shorten on the tense situation around North Korea.

They discussed the threat and expected impact of resolutions passed by the United Nations Security Council, reiterating the need for a peaceful resolution.

Mr Shorten said while it's a dangerous time, the recent sanctions on North Korea - especially the restrictions on oil from China - are starting to have an impact.

"This is a critical time for the Republic of Korea - and Australia continues to be a strong and close ally," he said in a statement.

"It's clear from our discussions that the crisis presented by North Korea's missile testing cannot and should not be underestimated." 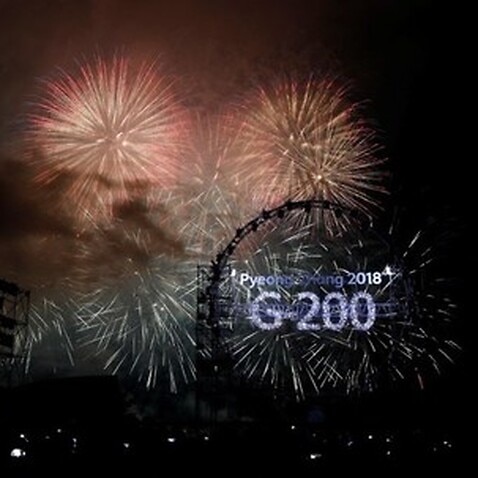 Mr Shorten and Senator Wong also met with former UN secretary-general Ban Ki-moon about the roles of the UN, US, South Korea and Japan in de-escalating the situation.

He, too, thanked Australia for its strong support of the UN and its goals.

Foreign Minister Julie Bishop addressed the UN last week on the North Korea crisis and is this week meeting with officials from the Trump administration to talk about the issue and others.

Mr Shorten and Senator Wong will meet with the Commander US Forces Korea, General Vincent K. Brooks on Tuesday and travel to the demilitarised zone.