Campaigner for abuse survivors Chrissie Foster told reporters outside Victoria's Court of Appeal it was "a joyous moment". 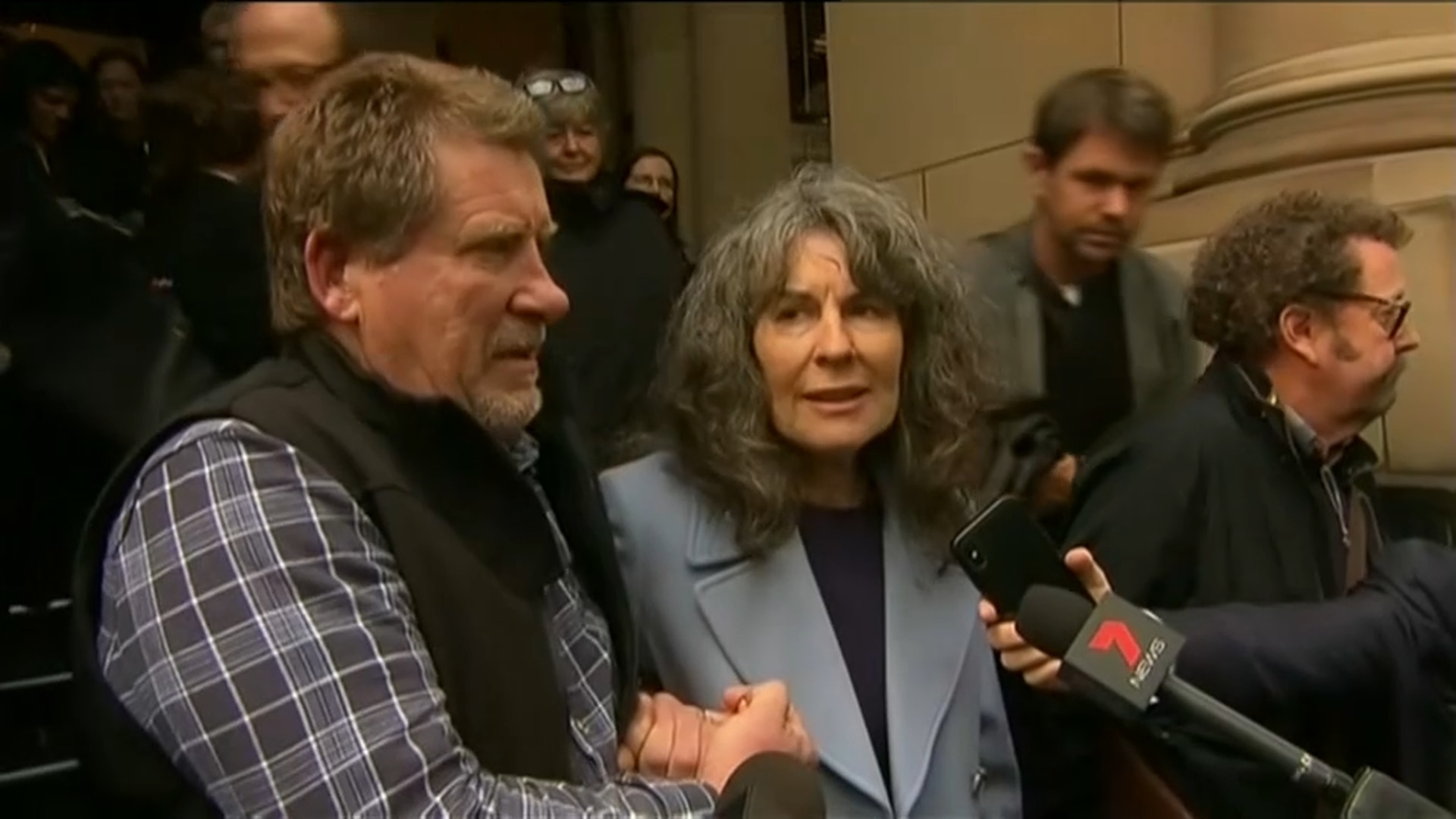 Chrissie Foster talks to the media after the Pell decision.
SBS News

Ms Foster said it sent a positive message to victims and their families about the justice system.

"It worked the first time and now it's worked the second time. I'm so glad it was not overturned after everything," she said.

Other survivors who had been waiting outside rejoiced when they heard the verdict.

One man, with a placard saying 'Justice for witness J' said it was "one of the greatest moments".

"As survivors, we are now also being heard, believed and we have now... What can we say? It is a glorious day for us as survivors everywhere. It's just wonderful," he said. 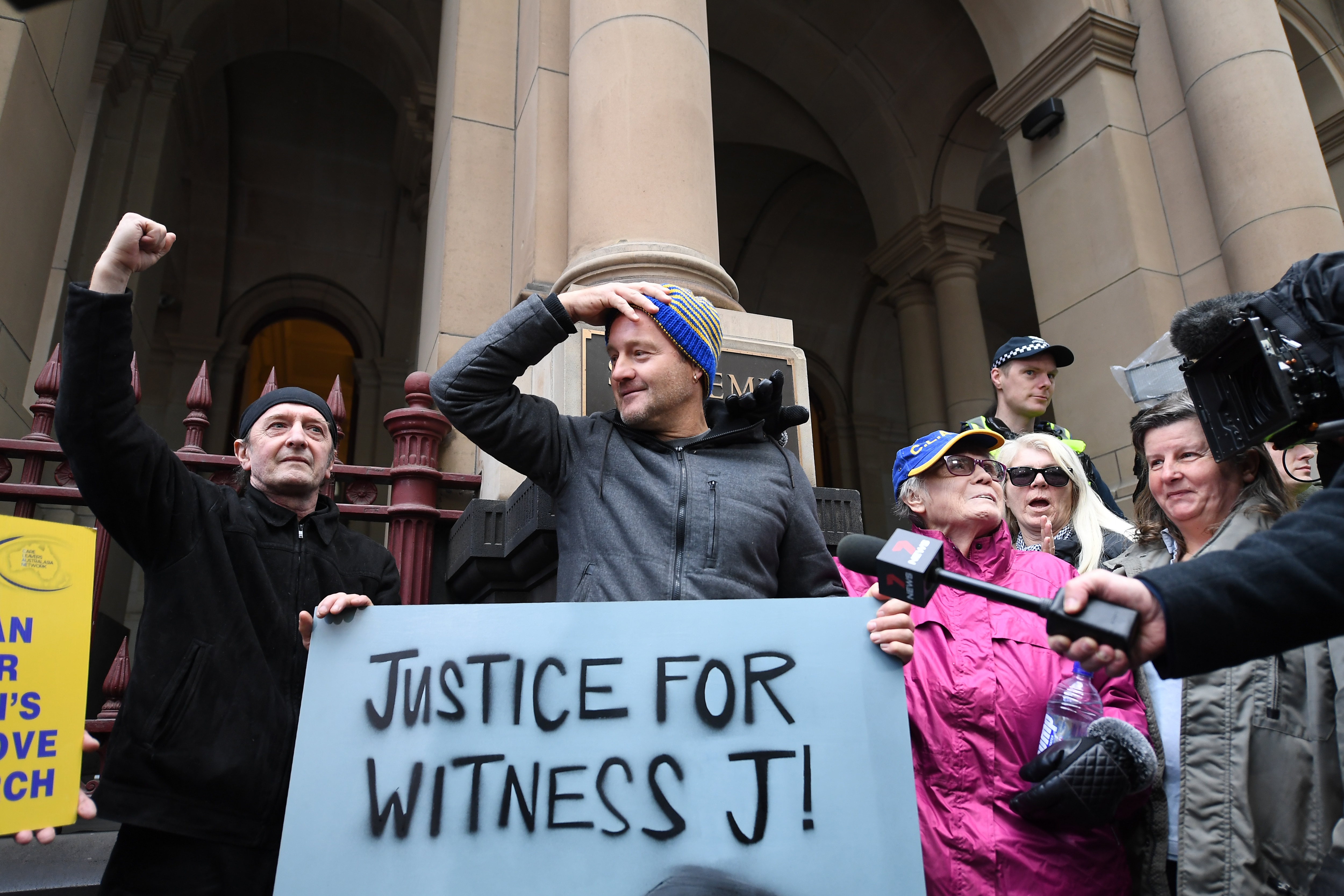 Survivors say this is a "great moment".
AAP

Abuse survivor Stephen Woods was in the courtroom for the verdict – and said he nearly fell off his seat.

Mr Woods endured abuse as a child in Ballarat - which has a long history of child sexual abuse by Catholic clergymen.

He said he texted friends and family in the regional city to let them know.

“Pell was so critical in so much of the cover-up in the Ballarat diocese,” he said.

“It is amazing to see this person, who has so much celebrity, so much money, so much power… Now he has been found to be exposed as a paedophile himself.”

One supporter of Pell was shouted down when she tried to say the cardinal was innocent, comparing the case to Lindy Chamberlain, who was found guilty of killing her baby Azaria before being later cleared.

"I can't see any evidence that he's done what he's done," said Karen, who said she was not a churchgoer.

"You are picking on him because he's a priest," she told a woman talking over her who called her evil.

"It's going to be like Lindy Chamberlain - in 20 years' time they're going to find out he did not do anything."

The lawyer for the complainant in the case against George Pell, Vivian Waller, read out a statement on behalf of her client.

In the statement, he told of how the four year process had taken a toll on his mental and physical health.

"The journey has taken me to places that, in my darkest moments, I feared I would not return from," Ms Waller read.

"I have risked my privacy, my health, my well-being and my family."

The victim, who has remained anonymous throughout the trial said he was '"relieved" by the verdict, and pleased justice had prevailed.

"I am grateful for a legal system that everyone can believe in, where everybody is equal before the law, and nobody is above the law."

He said he is now ready to move on, and had "started a new chapter" in his life as a father.

Greens Senator Sarah-Hanson-Young said the decision was a “win for justice”.

The Pell decision is win for justice. A win for all survivors child sexual abuse and even more importantly for those who tragically never made it. We believe you. We stand with you 💜

“A win for all survivors child sexual abuse and even more importantly for those who tragically never made it,” she said.

Advocacy group CLAN who works with children who grew up in foster care, said "justice in Victoria has prevailed."

Human Rights campaigner and actor Magda Szubanski took to Twitter to praise the the Court of Appeal, and send her love to the complainant.

#GeorgePell Truth has prevailed over power. The court of appeal, refuting the dismissive words of Pell, finds the witness/victim is “not a liar, not a fantasist but a witness of truth” My heart goes out to that brave man 🙏🏻

Prime Minister Scott Morrison accepted the decision of the three Court of Appeal judges and said it "must be respected."

“The courts have done their job. They've rendered their verdict," he said.

He added that Pell will be likely stripped of his Order of Australia - an honour he received in 2005 for his services to the Catholic Church in Australia.

Mr Morrison urged survivors to reach out to those around them and said his "sympathies are with victims of child sexual abuse not just today but every day".