Prime Minister Malcolm Turnbull says there is a lot at stake on the threat of North Korea, as he prepares for his first face-to-face meeting with US President Donald Trump to discuss a response to Pyongyang’s missile tests.

Mr Turnbull is flying to New York for the highly-anticipated meeting on May 4 to discuss Kim Jong-un and the coalition campaigns in Syria, Iraq and Afghanistan.

The Prime Minister and US President will also mark commemorations for the 75th anniversary of the Battle of the Coral Sea.

North Korea has publicly threatened Australia, warning if Canberra continued to follow the US’s moves to “isolate and stifle” the country it would be a “suicidal act of coming within the range of the nuclear strike of the strategic force of North Korea".

In an exclusive interview with SBS News, Prime Minister Turnbull denounced the “enormous risks” Kim Jong–un’s regime has been unleashing with its “reckless and dangerous” conduct. 'We always speak our mind': Turnbull ahead of meeting Trump

“There is a lot at stake,” the Prime Minister said.

But Mr Turnbull said he wanted to see a diplomatic resolution to the saga.

“All parties should aim to resolve matters diplomatically," he said.

“The important thing is the dangerous, reckless and threatening conduct of North Korea comes to an end.”

The key player, he suggested, would be China in brokering any potential agreement.

“That is going to require a concerted effort by the nations with the most leverage over North Korea and of course nobody has more leverage than China,” Prime Minister Turnbull said.

“That is why I’ve said and the president has echoed this – the eyes of the world are on Beijing because Beijing has the overwhelming economic relationship over North Korea.” 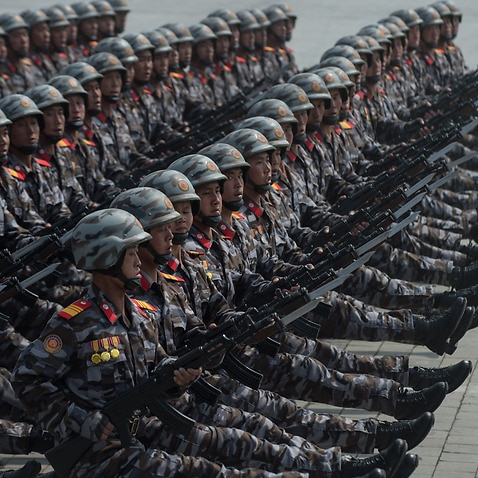 Behind the iron curtain of North Korea: Is Australia at risk? The Battle of the Coral Sea remembered, 75 years on