An alleged neo-Nazi from Albury in NSW has been arrested after allegedly encouraging a mass casualty attack and sharing bomb-making material. 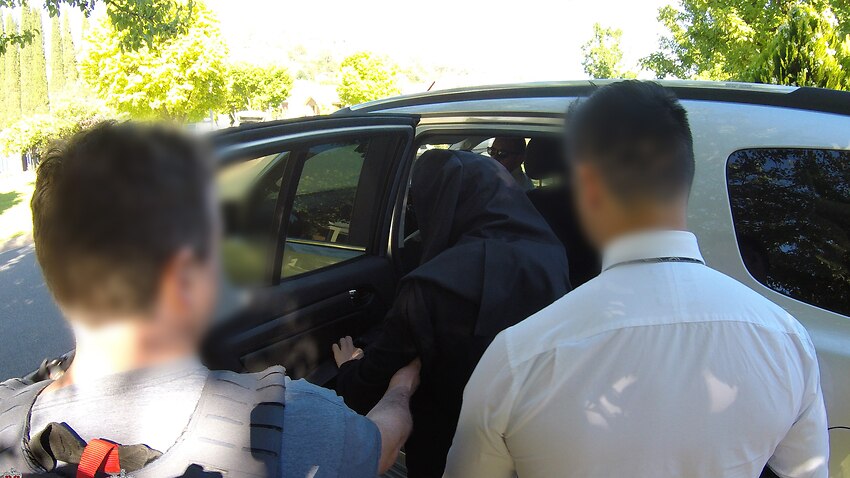 A teenager from Albury has been arrested by the NSW Joint Counter Terrorism Team and is expected to be charged with terrorism-related offences. Source: Australian Federal Police

A NSW man espousing neo-Nazi and other right-wing extremist views has been arrested after allegedly encouraging a mass casualty terrorist attack.

The 18-year-old was arrested at a home in Albury on Wednesday and is expected to be charged with advocating terrorism and urging violence against members or groups.

"The male who we've arrested has an extremist right-wing ideology and is focused on neo-Nazi, white supremacist and anti-Semitic material," AFP Assistant Commissioner Scott Lee told reporters on Wednesday.

A teenager from Albury has been arrested by the NSW Joint Counter Terrorism Team and is expected to be charged with terrorism-related offences. Source: Australian Federal Police

The man had been closely monitored by federal and NSW police since August but a recent escalation in his tone caused investigators to intervene, Mr Lee said.

His communications on various social media platforms, most of which were mainstream, turned to support of a mass casualty event, including his potential involvement in it.

The man had also sought to provide others with bomb-making material in his pursuit to encourage others to commit terrorist acts and violence against community members, Mr Lee said.

Hours before his arrest, the man again posted support for a previous mass shooting overseas.

Mr Lee said the mass shooting wasn't the Christchurch terror attack, however the arrested man had expressed support for the ideology of the Australian-born terrorist behind the March 2019 attack.

"We don't want to comment on them at this time. That remains subject to the investigation," Mr Lee said.

NSW Police Assistant Commissioner Mark Walton said the man was against "almost anyone who didn't look like him".

"More specifically, it's non-whites, it's immigrants, it's people of the Jewish and the Islamic faiths," he told reporters.

"Really that term: 'I hate everyone that doesn't fit my identity'."

Mr Walton said right-wing extremists were "hero-worshipping people that we would suggest in history should be forgotten".

"They're not hero-worshipping our best sportspeople or achievers in society," he said.

"That's a very negative, detrimental element and a common theme that occurs in the extremist environment."

The man is expected to be charged on Wednesday evening before facing Albury Local Court on Thursday.