Western Australia's battle with Clive Palmer is no closer to being resolved despite the state passing laws to head off a potential $30 billion damages claim. 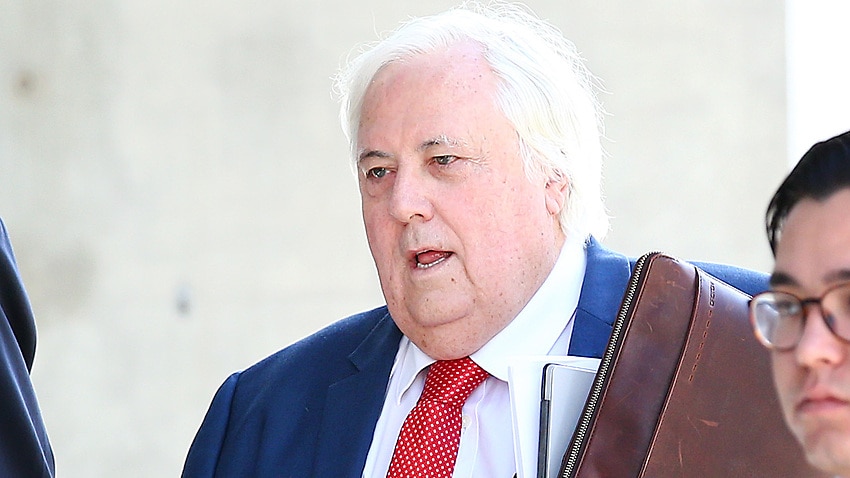 But the saga is no closer to being resolved after Mr Palmer filed an application in the Federal Court seeking to force the withdrawal of the legislation.

Government leader in the upper house Sue Ellery says the injunction, which also seeks further damages and costs, is doomed to fail.

"We are confident that it will not succeed," she told parliament.

"I'm told the action has never been taken in Australia before."

It is intended to have the effect of terminating arbitration between the two parties and stopping Mr Palmer seeking damages against the state.

He said this meant WA's "draconian and disgraceful" legislation would now be invalid under the constitution.

Attorney-General John Quigley has previously said any court action between the bill's introduction and assent would be covered by the legislation, which was fast-tracked through parliament with the support of the WA Nationals and Greens.

The Liberal opposition and some crossbenchers had unsuccessfully sought more time to scrutinise the legislation.

Mr Palmer and his associated companies Mineralogy and International Minerals are pursuing damages over a 2012 decision by the former Liberal government to not assess his proposed Balmoral South iron ore mine in the Pilbara.

The government has calculated the total claim to be $27.7 billion minus costs, an amount Premier Mark McGowan said would cripple the state.

Mr Palmer is also challenging WA's borders in the High Court, but it emerged this week he had offered to withdraw the bid if officials agreed to move arbitration hearings relating to the damages claim from Perth to Canberra.