‘A wake up call to the world’: Not one country on track to reach gender equality by 2030

Out of 193 countries, a new global index has found Australia is ranked number 10 in the world when it comes to gender equality. 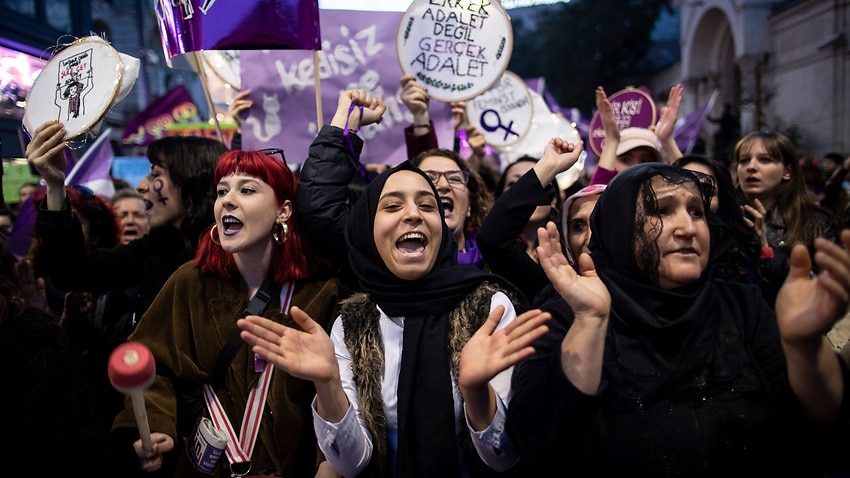 Not one country is on track to meet gender equality targets by 2030, a new index has found. Source: AAP

Australia has just cracked the top 10 when it comes to measuring gender equality, but there is still a lot of work to do, the first global index to track progress towards international targets has found.

The SDG Gender Index, developed by Equal Measures 2030, has reported that not one country is on track to reach the gender equality targets set out by the UN and signed by 193 countries in 2015 by the 2030 deadline.

These goals include ending violence against women and girls, widespread access to sexual and reproductive health, equal rights to economic resources and opportunities for participation in leadership.

No country was found to be making excellent progress - a score of 90 or above. Source: Equal Measures 2030

No country was found to be making excellent progress - a score of 90 or above - with Denmark topping to pack with a mark of 89.3.

Speaking at the launch of the report, co-founder of the Bill & Melinda Gates Foundation - an organisation that aims to reduce global inequality - Melinda Gates said the data should be “a wake-up call to the world”, but added that some countries were making surprising progress.

"Many countries with the most limited resources are making huge strides in removing the barriers for girls and women ... demonstrating that when it comes to gender equality, governments shouldn't have excuses for inaction," she said.

We are live! Explore #genderequality progress in 129 countries with the #EM2030Index. Compare country performances by #SDGs, indicators or by region!

The index measured progress in 129 countries, giving them a score between zero and 100 (meaning equality has been achieved) on 51 targets that affect the lives of women and girls.

The average global score was just 65.7, a mark within the poor category.

Meanwhile, only 21 countries scored above 80 (the good range), including the top 10 made up by Denmark, Finland, Sweden, Norway, Netherlands, Slovenia, Germany, Canada, Ireland and Australia (in that order).

Of the top 20 countries in the index, 18 are in Europe and North America with only Australia and New Zealand falling outside the region.

Australia’s backyard, the Asia Pacific region, was the second lowest performer when it came to women in the top ranks of government.

Only three countries in the region - New Zealand, Indonesia and the Philippines - have passed the halfway mark in achieving gender parity in ministries or senior government positions.

Comparably, Sub-Saharan Africa was the lowest ranking region overall, but many countries performed well when it came to the proportion of women in government. Rwanda, for example, has achieved 61 per cent of women in the lower house of parliament.

But when it comes to the 2030 Sustainable Development Goals - developed in 2015 - no country has achieved the promise of gender equality, with nearly 40 per cent of women and girls living in countries failing gender equality (a score less than 59).