Dumped prime minister Tony Abbott will travel to the US to address a right-wing religious lobby group.

Former prime minister Tony Abbott is set to travel to the US to address a conservative Christian lobby group.

Mr Abbott will fly out on Tuesday, ahead of a speech on the "importance of family" to the right-wing religious organisation and gay marriage opponents Alliance Defending Freedom.

The Alliance Defending Freedom told SBS News it welcomed Tony Abbott, who accepted its invitation to speak at an event it is holding with the United Nations. 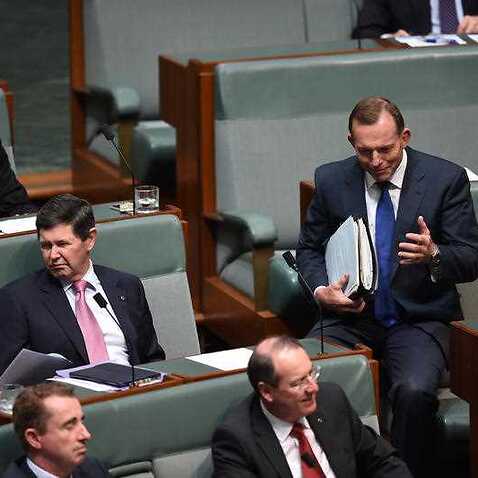 "Mr Abbott has been a strong advocate for marriage and freedom throughout his career and has graciously agreed to address our private event," an ADF spokesperson said.

The spokesperson did not clarify if it paid for the event, where and when it would be held, or provide further information about what would be discussed. But The Australian reports that around 150 UN ambassadors, diplomats and high-ranking officials will attend the event to "highlight the crucial importance of protecting family at the UN".

Mr Abbott’s trip is understood to include a number of other appointments, a Fairfax report said.

The event comes as the US election campaign heats up.

The ADF, which opposes abortion and LGBT rights such as gay marriage, was founded in 1994 and its current president is Alan Sears, a former official for the justice department under former president Ronald Reagan’s administration.

Reports of Abbott’s trip to the US follow the announcement he will recontest his seat of Warringah at the 2016 federal election.

"I am renominating to represent the people of Warringah for another term as their Liberal MP," he said on his website.