Aboriginal activist and Victorian MP Lidia Thorpe will fill the seat vacated in the Senate by former Greens leader Richard Di Natale, who has retired. 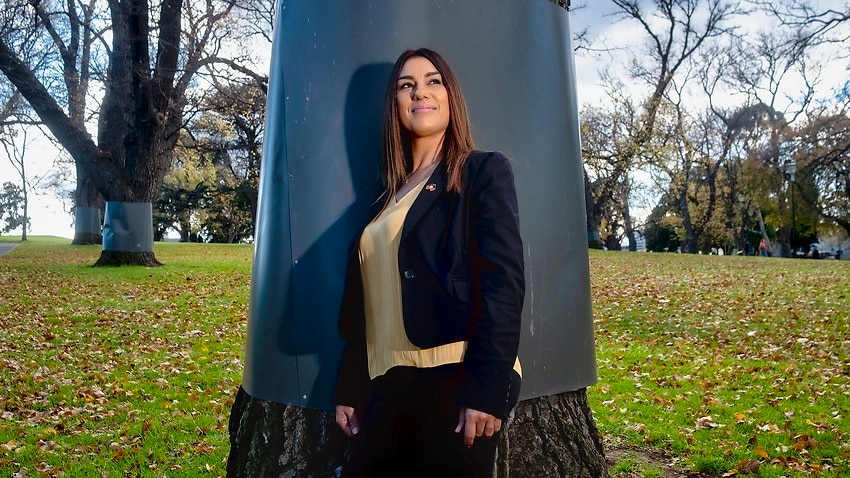 Aboriginal activist Lidia Thorpe will make getting a First Nations treaty off the ground one of her key aims when she enters federal parliament as a Greens senator.

Ms Thorpe, a Gunnai-Kurnai/Gunditjmara woman, was named as the new Greens senator for Victoria following a state-wide ballot of its members.

A Victorian state MP, Ms Thorpe will be sworn into federal parliament in coming months to fill the casual vacancy left by the former Greens leader Richard Di Natale, who has retired from politics.

This is such exciting news! I’m so looking forward to @lidia__thorpe joining us as the next @Greens Senator for Victoria. Lidia’s a lifelong fighter for justice, who will be an incredible part of our Greens team. pic.twitter.com/NgOfhKwKjo

She will become the first Aboriginal person to represent Victoria in Canberra, in either the Senate or the House of Representatives.

Ms Thorpe said it was a huge honour and responsibility to represent the state in the Senate.

"It's so important for kids growing up today in places I grew up to know they can do what I have done. Kids in the Commission flats, or out in country towns, or single mums, or survivors of domestic abuse - this isn't out of your reach," she said.

"I'm ready to fight for the issues we all believe in, climate, injustice, inequality. Now more than ever, we need to not accept the old ways. This is our chance to build back better, and I'm ready to bring us together to get it done," she added.

Ms Thorpe will become the fifth Indigenous politician currently sitting in Canberra, joining three from Labor and Ken Wyatt from the Coalition.

Party leader Adam Bandt said he was "thrilled' to be able to work with Ms Thorpe.

So in very good news, @lidia__thorpe is going to Canberra, the first Aboriginal Senator, or indeed federal parliamentarian ever for the state of Victoria.

"Lidia is exactly what politics in Australia needs at the moment," Mr Bandt told reporters in Melbourne on Saturday.

"I have worked with Lidia for many years and have seen her get things done and give a voice to the people that politics is leaving behind."

He said as the first Aboriginal woman elected to Victorian parliament she has won renters rights, forestry protections and LGBTIQ support and has an "incredible track record of fighting for change".

Overwhelmed with good feelings and a surge of optimism that things can and will change. Congratulations @lidia__thorpe How wonderful it will be to have you join @MehreenFaruqi and our @Greens team in the Senate 💚💪🏽 pic.twitter.com/okfl2nEwwI

Ms Thorpe said the country has been through an incredibly tough six months - catastrophic bushfires, the coronavirus pandemic and the death of a black man in the US, which made Australia realise it has the same problems with race.

"A treaty is what can bring us together. Not just a bureaucratic treaty, we need a real treaty that will end the injustice that Aboriginal people in this country face."