About 900 US State Department officials signed an internal dissent memo protesting a travel ban by U.S. President Donald Trump on refugees and immigrants from seven Muslim-majority countries, a source familiar with the document said on Tuesday, in a rebellion against the new president's policies.

A senior State Department official confirmed the memorandum had been submitted to acting Secretary of State Tom Shannon through the department's "dissent channel," a process in which officials can express unhappiness over policy.

White House spokesman Sean Spicer said on Monday he was aware of the memo but warned career diplomats that they should either "get with the program or they can go."

A draft of the dissent memo seen by Reuters argued that the executive order would sour relations with affected countries, inflame anti-American sentiment and hurt those who sought to visit the United Spates for humanitarian reasons. It said the policy "runs counter to core American values of non-discrimination, fair play and extending a warm welcome to foreign visitors and immigrants.

The resignation of at least four top State Department officials, including Under Secretary for Management Patrick Kennedy, who formally left the department on Tuesday, also caused some unease among diplomats who worried about a power vacuum.

San Francisco became the first US city to sue to challenge a Trump directive to withhold federal money from US cities that have adopted sanctuary policies toward undocumented immigrants, which local officials argue help local police by making those immigrants more willing to report crimes.

Massachusetts joined the legal battle against Trump's order banning travel into the United States by citizens of seven Muslim-majority countries, a move the White House described as necessary to improve national security. A lawsuit contends that the order violated the US Constitution's guarantees of religious freedom.

The legal maneuvers were the latest acts of defiance against executive orders signed by Trump last week that sparked a wave of protests in major US cities, where thousands of people decried the new president's actions as discriminatory. Refugee deal confusion: Turnbull says Trump is on board

Both policies are in line with campaign promises by Republican businessman-turned-politician Trump, who vowed to build a wall on the Mexican border to stop illegal immigration and to take hard-line steps to prevent terrorist attacks in the United States.

"If allowed to be implemented this executive order would make our communities less safe. It would make our residents less prosperous, and it would split families apart," Herrera said. Sanctuary cities adopt policies that limit cooperation, such as refusing to comply with U.S. Immigration and Customs Enforcement detainer requests. Advocates of the policies say that, beyond helping police with crime reporting, they make undocumented immigrants more willing to serve as witnesses if they do not fear that contact with law enforcement will lead to their deportation.

Both the San Francisco and Massachusetts actions contend that Trump's orders in question violate the 10th Amendment of the US Constitution, which states that powers not granted to the federal government should fall to the states.

Massachusetts contended the restrictions on U.S. entry by citizens of seven majority-Muslim countries run afoul of the establishment clause of the 1st Amendment of the U.S. Constitution, which prohibits religious preference.

"At bottom, what this is about is a violation of the Constitution," Massachusetts Attorney General Maura Healey said of the order halting travel by people with passports from Iran, Iraq, Libya, Somalia, Sudan, Syria and Yemen for 90 days. The order also barred resettlement of refugees for 120 days and indefinitely banned Syrian refugees. 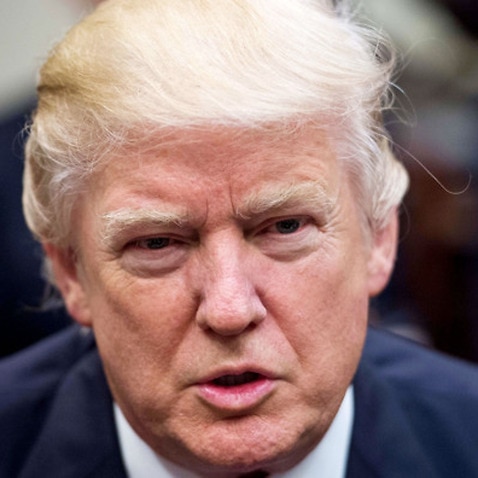 Massachusetts will be backing a lawsuit filed over the weekend in Boston federal court by two Iranian men who teach the University of Massachusetts at Dartmouth. A federal judge blocked the government from expelling those men from the country and halted enforcement of the order for seven days, following similar but more limited moves in four other states.

Massachusetts Governor Charlie Baker, like Trump a Republican, said he supported the lawsuit, calling the executive order "an abrupt and overwhelming decision."

In Colorado, a Libyan national who attends the Community College of Denver filed a separate federal lawsuit on Tuesday seeking to have a judge issue an injunction barring the executive order from being enforced.