Child sex abuse survivors watching Cardinal George Pell give evidence in Rome say they've given up on him and are appealing directly to the Pope.

A group of child sex abuse survivors say they've given up on Cardinal George Pell after hearing his evidence to a royal commission and have appealed directly to the Pope to ensure children are protected.

The group, many of whom were abused as children by pedophile priests in the Catholic diocese of Ballarat in Victoria, has been in Rome to hear the cardinal give evidence to the child sex abuse royal commission.

"I regret that I didn't do more at that stage."

During a break in the hearing, in which the cardinal is giving evidence by videolink to the commission sitting in Sydney, abuse survivor Phil Nagle read out a letter his group had sent to the Pope.

The letter requested a meeting between the Pope and the Australian survivor group to discuss protecting children so the type of sex abuse children had suffered in the past was never repeated. 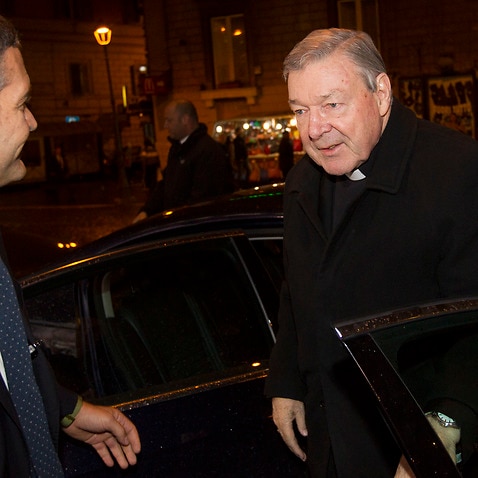 The letter said the group was flying back to Australia on Friday and would like a meeting before then.

"We're getting a little bit tired of what George is saying up there on the stand," Mr Nagle said.

"We've only got two more days here in Rome and we want to be heard and we want someone to show that they care about us and can possibly help change this for the children into the future."

Australian abuse survivors formally request a meeting with the Pope. They were told to "fax" their request @SBSNews pic.twitter.com/goK3UxW1pT

Facing a third day of questioning about how much he knew about the actions of paedophile priests in regional Victoria in the 1970s and 1980, Pell said he should have done more when he was told rumours about a Christian Brother's activity with children.

He has said he heard vague and unspecific rumours about Brother Edward Dowlan from about two students and two priests, but was told by the school chaplain at Ballarat's St Patrick's College that the Christian Brothers were dealing with it.

"I regret that I didn't do more at that stage," he told the Royal Commission into Institutional Responses to Sexual Abuse.

He said he did not take any further action to determine what the Christian Brothers did about Dowlan after
speaking to the chaplain.

"No I didn't, but I soon became aware that Dowlan was shifted," he said.

"It was a generalised suggestion, accusation. There was nothing specific.

"I would say that in the light of my present understandings, I would concede I should have done more."

Cardinal Pell said he should have consulted the St Patrick's College headmaster and ensured the matter was properly treated.

Pressed on what he was told, Cardinal Pell said there were "unfortunate rumours" about Dowlan's activity with young people, adding it was always vague and unspecific. Abuse survivors want to speak to the boss

He admitted he understood it to be rumours of sexual activity with young people, as well as discipline and violence.

"But certainly the first element was present," he said.

The commission heard Dowlan was moved at the end of 1974.

Commission chair Justice Peter McClellan asked Cardinal Pell if he was concerned that a brother about whom he had heard rumours of sexual activity with children was dealt with by moving him.

Cardinal Pell said: "No ... I didn't know exactly what he was accused of, but 40 years ago, or more than 40 years ago, I did not think that (moving the brother) was unusual or inappropriate."

Justice McClellan asked if it was appropriate to move someone who may be offending against children to a different location where they could continue to offend.

Cardinal Pell said he didn't believe that, and he assumed the Christian Brothers were dealing adequately with the matter. 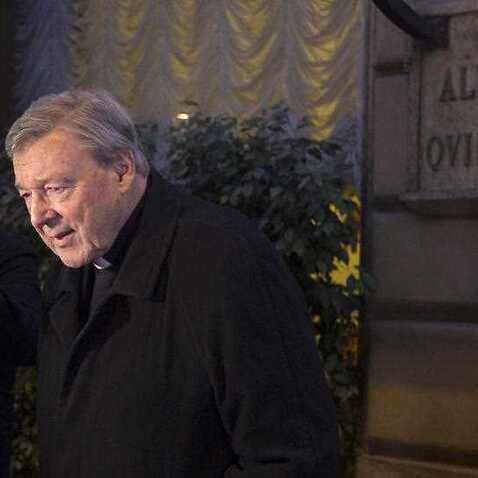 "I was not aware then of their poor record which I learnt about later in dealing with such things," Cardinal Pell said.

"I presumed when they shifted him they would have also arranged for some appropriate help."

Cardinal Pell said his predecessor as Melbourne archbishop, Frank Little, did not act on child abuse when he should have, and claimed that Little had a "blind spot" in dealing with complaints against Father Peter Searson.

There were complaints about Searson's strange behaviour while he was at Sunbury between 1977 and 1984 and many more after he was moved to Doveton, where he remained until 1997.

Cardinal Pell was responsible for Melbourne's southern region, which included Doveton, as an auxiliary bishop from 1987 until he became Melbourne archbishop in 1996.

Cardinal Pell agreed a 1984 complaint to Archbishop Little about Searson pointing a handgun at people suggested he was unsuitable to be a parish priest, but Pell said he was ultimately deceived by the Catholic Education Office about not dealing with the complaints.

"Given that this came after the Sunbury matters, I think it's extraordinary that at the very least there was no official inquiry," he said.

"I asked the education office and took their word that they had been dealt with appropriately," 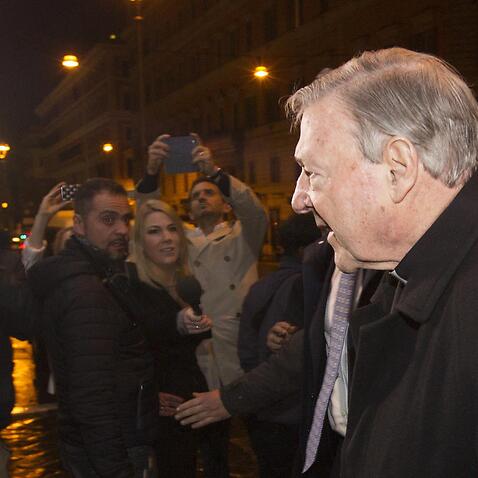 Pell says other clergy deceived him about paedophile priest

Cardinal Pell arrived at the Hotel Quirinale in Rome earlier on Wednesday as plain-clothes state police officers kept journalists back.

On Tuesday, he told the commission he did not know about repeated complaints against the now-imprisoned pedophile Father Gerald Ridsdale because former Ballarat Bishop Ronald Mulkearns did not tell him.

The former senior Australian Catholic, now the third-most powerful man in the Vatican, shocked abuse survivors who are in Rome to watch him give evidence via video link, when he said on Tuesday Ridsdale's offences were "a sad story" but had not been of much interest to him when they were happening in the 1970s in regional Victoria.

"I had no reason to turn my mind to the evils that Ridsdale had perpetrated," the cardinal said from Hotel Quirinale, where he is giving his evidence.

The nephew of Gerald Ridsdale, David Ridsdale, who was abused by his uncle and is among those in Rome, said Cardinal Pell was "either culpable or an ignorant buffoon".

"I don't believe he's the latter and we have no evidence of the former so we have to wait for the commission to do its job," he said.

On Tuesday, Cardinal Pell was challenged outright that his claim to have known nothing of Ridsdale's offences when so many others did was simply implausible.

He rejected the suggestion, saying it was only implausible if there was evidence he had been told about Ridsdale.

He blamed Bishop Mulkearns, saying his then-superior had known of the complaints about Ridsdale interfering with children but had not told him.

He described Bishop Mulkearns' failure to stop Ridsdale as "extraordinary and reprehensible".

Bishop Mulkearns, now 85, in February expressed his profound sorrow at his handling of offending clergy.

Despite being terminally ill, Mulkearns will be recalled by the commission.

After Tuesday's hearing, survivors in Rome to see Cardinal Pell give evidence visited a refuge for Catholic Australian pilgrims to tie ribbons in support of those who suffered abuse.

The survivors, who were sexually abused as children by pedophile priests in the Victorian diocese of Ballarat, tied coloured ribbons to a window of Domus Australia, a guest house and support centre for pilgrims set up with the cardinal's backing.

The ribbon tying is part of the Loud Fence campaign started by three women in Ballarat to show support for survivors when they went to court to confront and testify against their abusers.