Two deaths and 28 new infections means there have now been more than 1,000 cases of COVID-19 in the ACT since the start of the latest outbreak. 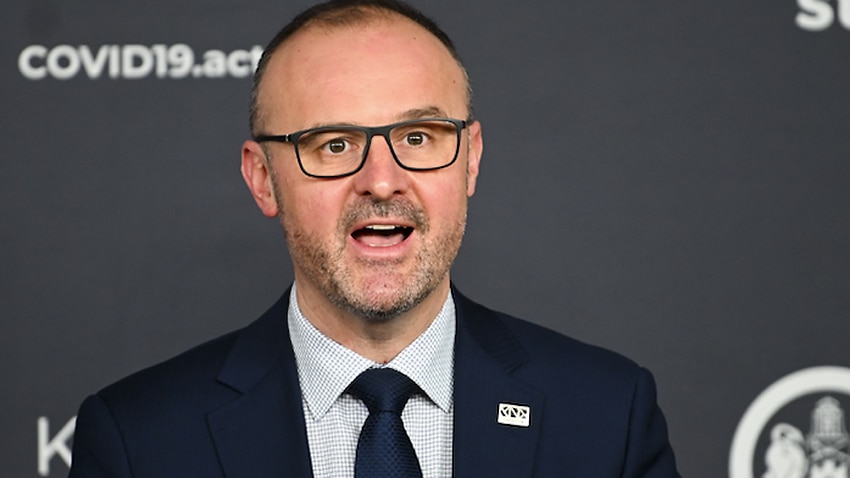 Two more people have died from COVID-19 in the ACT as the territory records 28 new community cases.

The two deaths announced on Monday, both women in their 80s, take the toll since the start of the pandemic to eight.

One was a woman from an aged-care facility in Canberra's north who was receiving palliative care, while the other was admitted to Canberra Hospital on Friday, and also received palliative care.

Of the 28 new cases, 14 have been linked to existing infections, while 14 are under investigation.

There were eight new cases in quarantine during their infectious period, while 16 were infectious in the community.

Read More
How does COVID-19 vaccine modelling work and what can it really tell us?

The new case numbers mean the ACT has recorded more than 1,000 infections since its latest COVID-19 outbreak began in August.

There are 16 patients with the virus in Canberra hospitals, with five of those in intensive care and one on a ventilator.

"We're working incredibly hard to minimise the number of people who get severely ill with this disease, and part of that is in the hands of individuals with coming forward to get vaccinated," Mr Barr said.

"The higher the coverage, the safer the community is, and the fewer people in hospital and intensive care and fewer deaths."

The chief minister indicated the vaccination rate in the ACT would go beyond 95 per cent.

While vaccine numbers are high in the ACT, health authorities have warned people not to become complacent.

Currently, more than 64 per cent of over-12s in the territory are fully vaccinated, while 93.4 per cent have received their first dose.

Mr Barr said he was looking forward to speaking to the incoming NSW premier, following Friday's resignation of Gladys Berejiklian.

He said any decisions the new leadership team in NSW would make would have significant implications for the ACT.

"It remains to be seen how quickly the new NSW government leadership team will hit the ground running - many have been involved in crisis cabinet deliberations.

"I hope it is a short-term hiccup rather than a medium-term setback."

Minor COVID-19 restrictions were pulled back in Canberra on Friday ahead of the ACT's lockdown easing on 15 October.

The new measures allow for up to two people to visit another household.