Indian miner Adani has been fined $20,000 after pleading guilty to giving the Queensland government false or misleading information about land clearing.

Indian miner Adani has been fined $20,000 for giving the Queensland government false or misleading information about land clearing.

The company pleaded guilty to the offence in Brisbane Magistrates Court on Thursday after the state environment department charged it last year over clearing at its controversial Carmichael mine site in 2018.

The case relates to information in Adani's 2017/2018 annual return for the central Queensland mine, with the department accusing the miner of failing to report a disturbance area of more than 5.8 hectares.

It's the first criminal conviction against Adani in Australia, and possibly the world.

The company has blamed an administrative error.

"Importantly, there was no environmental harm, all relevant works were legal, and fully complied with our project conditions," Adani said in a statement.

The charge carries a maximum penalty of $3 million, but prosecutors were seeking a fine of about $25,000.

The offence has prompted calls from The Greens for the federal government to revoke the coal mine's approval. 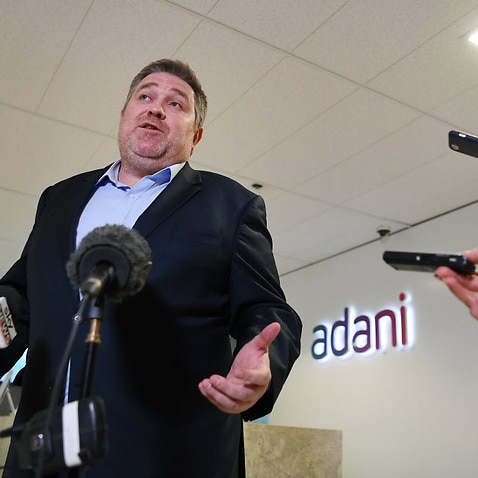 "A criminal conviction is a legal trigger for the federal government to review and revoke Adani's approval," Senator Larissa Waters said.

"If the government keeps ignoring Adani's breaches, it's just one rule for coal donors and another for ordinary Australians."

It may be the first criminal conviction, but it's not the first time the company has been in trouble. 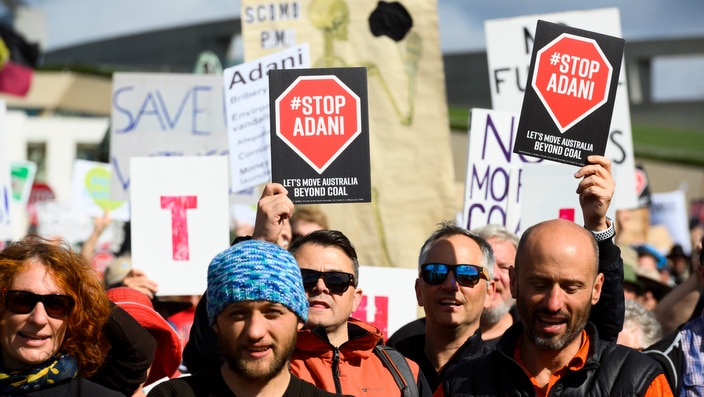 The mining giant was granted a temporary emissions licence during the cyclone to allow stormwater to be released due to high rainfall.

The company self-reported it had breached the strict conditions of the licence.