Australian aircraft have wiped out an Islamic State storage tunnel, destroying weapons and ammunition, in their deepest-ever mission into Syria.

Defence has taken the unusual step of releasing "bomb camera" footage of the attack, along with another successful mission involving weapons storage warehouses in Iraq's ISIS-controlled area of Anbar Province.

The aircraft lobbed eight 2000-pound precision guided bombs - the largest in the RAAF inventory - through a garage door-sized entrance to the IS storage tunnel, setting off explosions which obliterated the complex.

He said Australian missions were having an impact on ISIS, which now controls substantially less territory in Iraq and Syria.

A combination of strikes on ISIS weapons stores and leadership were having the greatest effect, he added.

IS fighters were most likely inside the Syrian storage facility near the stronghold of Raqqa when it was hit on January 17, although it's not known how many.

Vice Admiral Johnston says it's possible some of them survived, although no-one was observed after the pre-dawn airstrike. 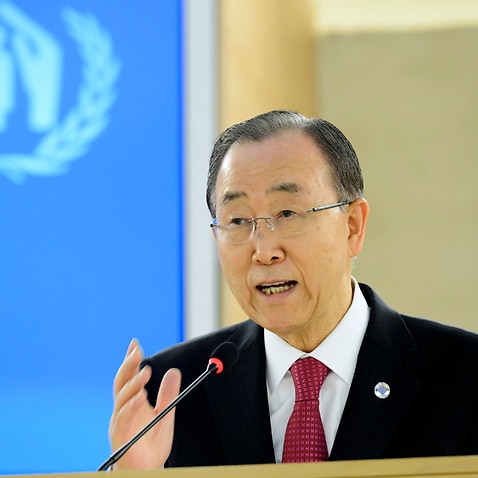 The attack, which destroyed a significant percentage of IS weapons and ammunition in that area, was the culmination of weeks of planning and surveillance.

In the second mission in Iraq's Anbar province on March 3, four RAAF Hornets led 18 coalition aircraft to destroy an agricultural warehouse complex where IS manufactured and stored improvised explosive devices.

They dropped 10 2000-pound bombs - the most bombs dropped by RAAF aircraft in a single mission since combat operations started in October 2014.