The Australian Electoral Commission is preparing to counter cyber attacks during the federal election, as Microsoft seeks global action to protect democracy. 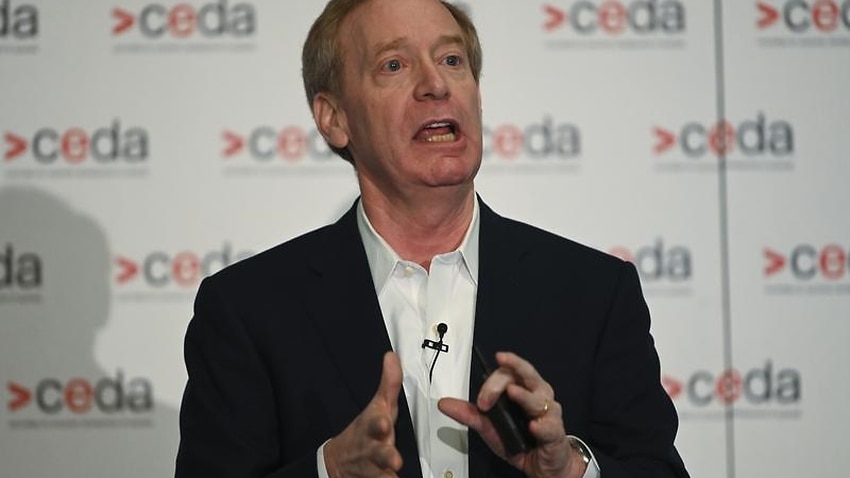 Voters are being reassured steps are being taken to counter cyber attacks during the federal election due in May.

The electoral integrity task force has been in place for by-elections last year and this year's NSW state election, but hasn't yet dealt with a national poll.

Cyber attacks and the planting of misinformation online during the 2016 United States presidential elections triggered concerns across the world about the potential damage to democracy.

Electoral commissioner Tom Rogers said he was happy with the processes put in place in Australia.

However, he said he could not guarantee there would be no problems with the running of the election.

"We're talking about people and Australia's most complex, largest peacetime logistical event, but I'm confident in the processes we have in place," he told ABC television on Wednesday.

Meanwhile, Microsoft President Brad Smith told a forum in Canberra that elections all over the world were vulnerable to "computers in countries that are beyond the reach of the rule of law".

But global efforts were being stepped up to shore up democratic systems, using techniques initially developed to deal with organised criminals.

Mr Smith said the computer giant's data centres receive more than six trillion signals a day from around the world which are examined to identify cyber security threats and attacks.

This information is then passed on to companies and governments to identify infected computers and take action, while legal action can also be taken to seize control of domains which are the source of the attacks.

"We see these attacks not just against politicians and political parties but increasingly against think-tanks and universities and others," he said.

"We believe the only way to get this under control is to start talking about it."

Microsoft has its own Defending Democracy program, which involves working with governments, industry, academics and non-government organisations to protect campaigns from hacking, protect electoral processes and defend against disinformation campaigns.

It was also behind the Paris Call for Trust and Security, launched in November last year to build a global coalition against attacks on democracy via technology.

While at least 60 governments, including Australia and New Zealand, and 500 organisations have joined there is a big gap in the US and India not being signatories.

"The Australian government's support will be critical as we seek to strengthen our multilateral defences," Mr Smith said.