A UN aid agency says more than 40 people have been killed in flash floods and heavy rains. 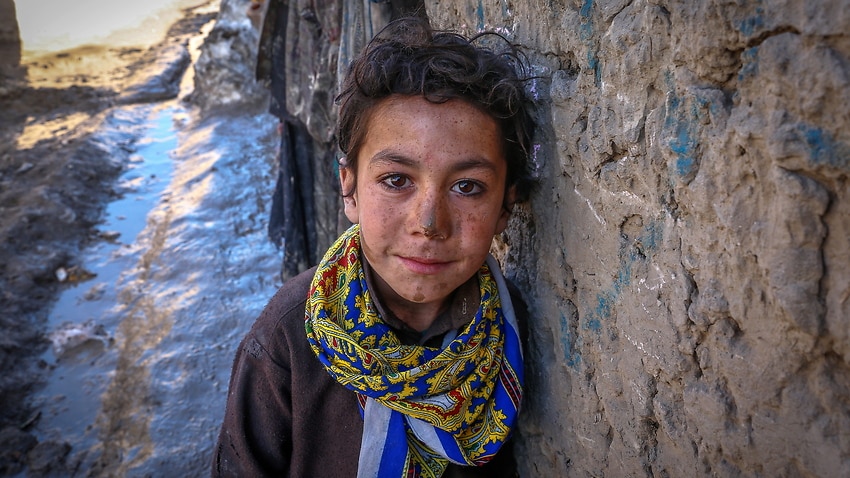 An Afghan boy from Kandahar province poses for a photograph at an Internally Displaced People (IDP) camp on the outskirt of Kabul, Afghanistan. Source: EPA

The floods destroyed 1300 homes and damaged 2500 across nine provinces, leaving people desperate for shelter, food and clothing, the UN Office for the Coordination of Humanitarian Affairs (OCHA) said in a statement late on Tuesday, citing government estimates.

People salvage their belongings after flash floods in Kandahar, Afghanistan. Source: EPA
Hundreds of people were injured or missing, the agency said, and some 5000 were displaced in Kandahar province alone, according to the Afghan government's disaster management authority.

In total, floods affected at least 15,300 people in Kandahar province, which bore the brunt of damage, the OCHA said.

The Norwegian Refugee Council, which is one of several organisations providing aid, pegged the death toll slightly lower at 32. Supplies of tents and winter clothes were already depleted, said the council's emergency manager, Wilberforce Musombi.

The heavy rains may be helpful later to farmers, many of whom could not plant crops last year due to a severe drought.