Not only is Shaesta Waiz solo piloting a flight around the world, but she also aims to inspire others to follow in her flight path.

As part of Dreams Soar, an organisation spearheaded by Waiz, she hopes more youngsters will look to careers in the fields of science, technology, engineering and maths (STEM).

"I mean, this is why, the kids, this is the whole reason. There is a very exciting industry out there, science, technology, engineering, and math and we need more talent, we need not only more women, but we need young boys and girls from all over the world to be a part of STEM, so that we can move forward,'' said Waiz.

After emigrating to the United States as a young child, Waiz became the first woman in her family to gain a college education.

As a refugee herself, the 29-year-old wants her organisation to provide opportunities for all those who were displaced from their home countries in recent years. "I mean there are so many refugees, there's a big crisis out there, and these young boys and girls, it's like, they're away from their countries, they are having troubles adjusting, and they don't have a lot of hope. So, whatever Dreams Soar, this organisation, can do to help ease some of that hardship, is important," she said.

According to Waiz, each stop on her journey was strategically chosen as a destination that has contributed to the fields of STEM over the years.

Dreams Soar worked with female leaders in these fields from each country to also encourage more women and girls to become pilots.

The money raised from the initiative will be used to set up scholarships for children all over the world interested in pursuing their education in one of the fields of STEM.

Departing from Daytona Beach in the United States, Dreams Soar has so far flown eight out of a total of 34 planned stops.

Egypt was the ninth stop in the journey which is expected to reach five continents, which Waiz is flying solo on the American Beechcraft Bonanza aircraft.

"The project as the one we see here today, of a young woman, who is going around the world in a small aircraft, which might not be equipped for such distances, but nevertheless she can overcome all of the weather conditions, and go around the world, in 34 countries, covering more than 25,000 nautical miles, this encourages youth to take up the hobby of aviation, and to learn more about the importance of aviation to countries and their economies," said Mohamed Rahma, the regional manager of the International Civil Aviation Organization, one of the supporters of Waiz's cause.

Her next stop will be Bahrain followed by the United Arab Emirates, before heading on to Asia. 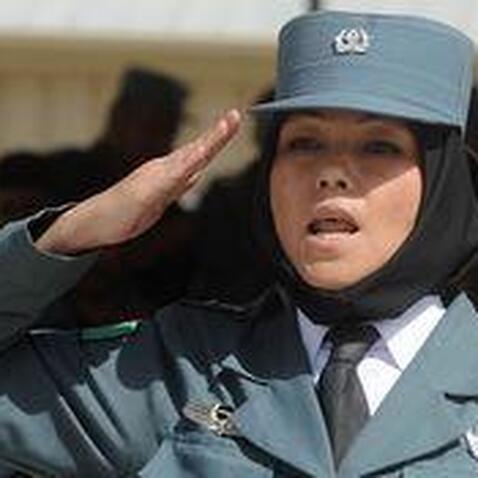 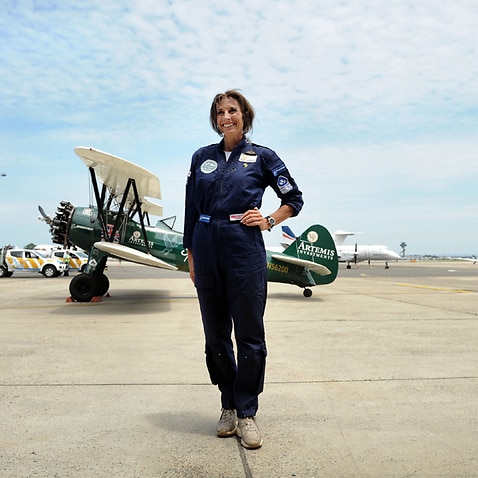