After a 5-year-old girl was raped and burned, angry Pakistanis demand #JusticeForMarwah

The latest rape and death of a child in Pakistan has prompted a surge of anger on social media. 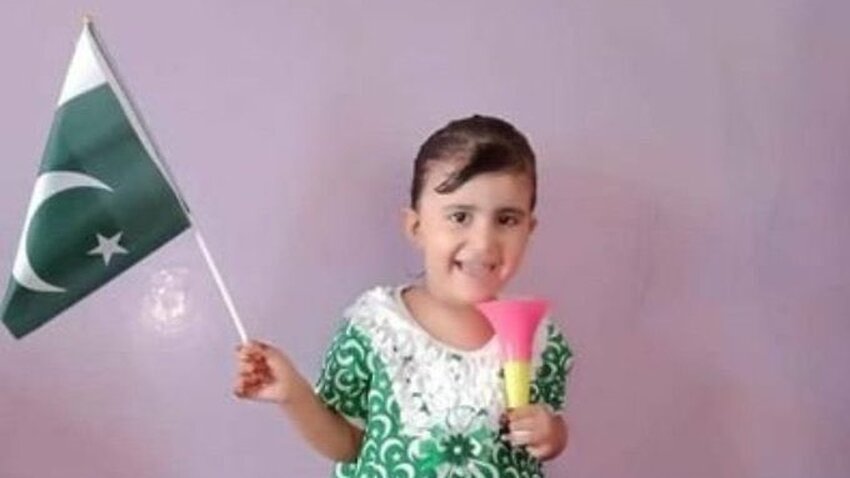 The shocking rape and death of a five-year-old girl in Pakistan has sparked grief and anger. Source: Twitter

This article contains references to rape and child abuse.

Angry Pakistanis are demanding justice for a five-year-old girl who was reportedly kidnapped, raped and set ablaze in the city of Karachi.

According to local media, the body of the girl, named as Marwah, was recovered from a garbage heap on 6 September two days after she was reported missing.

An autopsy report seen by local media confirmed she had been sexually assaulted, struck in the head and set alight, and at least one person has been arrested.

It follows the 2018 death of seven-year-old girl Zainab Ansari, whose raped body was also found among garbage near the city of Lahore, sparking waves of protests and accusations of negligence by Pakistani authorities.

According to non-profit child protection organisation Sahil, Pakistan sees nearly 10 cases of child abuse reported each day, most of them affecting girls.

Marwah’s death sparked an outpouring of rage and grief on social media, with many posts using the #JusticeForMarwah hashtag.

Pakistani international cricketer Shan Masood said it was “high time” to place "the utmost importance” on fighting the scourge of child abuse.

“We cannot lose our youth to such disgusting and inhuman acts. Keeping quiet is contributing to the issue. We must stand up to these cowards and take action,” he said on Twitter.

High time we give this matter the utmost importance. We cannot lose our youth to such disgusting and inhuman acts. Keeping quiet is contributing to the issue. We must stand up to these cowards and take action. My heart goes out to you and your family Marwah. #JusticeForMarwah pic.twitter.com/PrAQZsMTAR

Footage uploaded to social media also appears to show a group of people protesting in city streets over the incident.

During the Protest on Main University Road Karachi, #JusticeForMarwah pic.twitter.com/lie4u9w2DK

Earlier this year, Pakistan’s parliament passed a law against child abuse which requires police to register a case within two hours of a child’s parents reporting them missing.

The anger over Marwah's death comes days after thousands of Islamist protesters rallied across Pakistan over a French magazine's decision to republish cartoons of the Prophet Mohammed.

Charlie Hebdo, the target of a 2015 terror massacre, reprinted the controversial images last week to mark the beginning of the trial of the alleged accomplices in the attack.