The NSW oyster industry is bracing for a hit after the weekend's record rainfall.

While many fire-affected areas in NSW have welcomed the recent rain, the deluge has presented new problems for one industry already struggling after the horror bushfire season.

Many of the state's oyster farmers have watched over the past week as record rainfall inundated waterways with ash and debris.

"First we lost cash flow with the fires, but what's happened now is some of the catchments have huge amounts of ash and huge amounts of debris, such as leaf litter," chair of the NSW Farmers Oyster Committee Caroline Henry told SBS News. 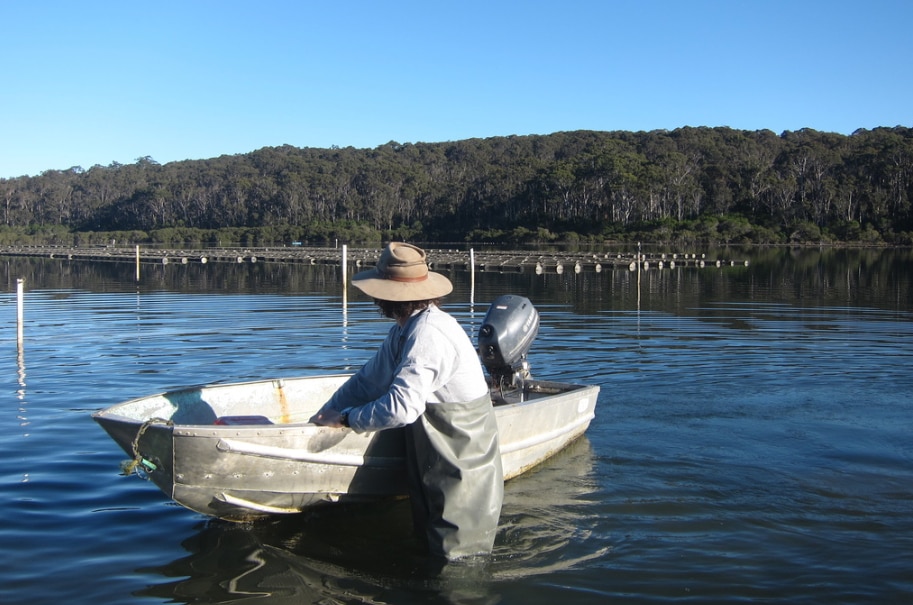 "Oysters are filter feeders, so fine ash could compromise their ability to feed. If they can't feed, they will stress and then they will die."

The rains have also increased the likelihood of algal blooms, which can be harmful to oysters, and has also meant the NSW Food Authority has temporarily curbed the selling of the product.

"Worst case scenario is we could actually have a lot of oyster farmers have a lot less oysters to sell," Ms Henry said. 'How much can a community bear?': This NSW town survived bushfires, only to face floods

Rod Terry is one of the many farmers who have been affected.

A significant amount of ash and debris has washed into the Clyde River where Mr Terry works.

"I've seen the 1974 flood and this is only a baby compared to that ... But as far as the other damage goes it's a lot worse than I have ever seen," he told SBS News.

"This is a very unusual event for us. With the bushfires, it's a double whammy."

Not all farmers are happy about the recent rain on the NSW south coast. It has pushed ash and debris into the Clyde River at Batemans Bay, which is a major oyster growing area. @SBSNews #NSWFloods pic.twitter.com/Em6HHQ06XU

"I actually do farmers' markets in Canberra, and that has been very good to me," he said.

"I won't be back there, fingers crossed, until March - hopefully, I'll have some nice fat oysters by then."

According to OceanWatch Australia, the NSW oyster industry produces about 60 million oysters every year worth $35 million.

There are 300 oyster farming businesses in NSW, spread across 32 coastal estuaries.