The suspension of processing had caused widespread concern among pending applicants, who were worried about their cases being put on hold. 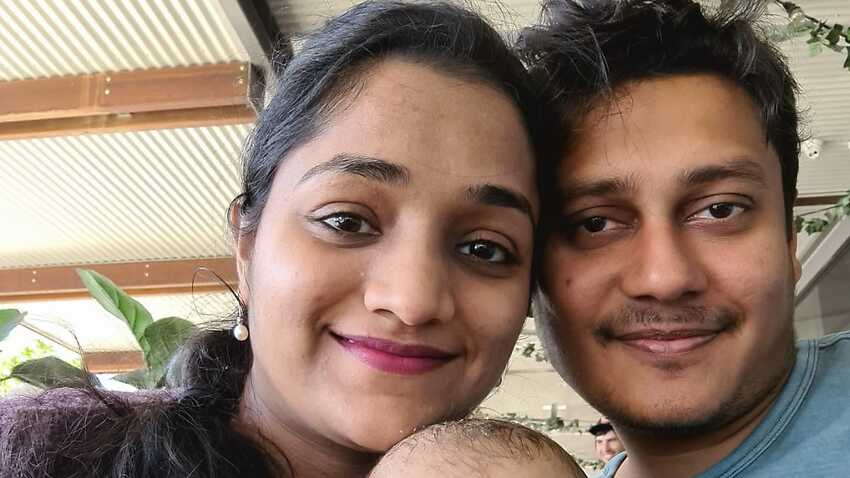 Indian nationals Yash-Sanjiv Rungta and his wife Aditi have had their citizenship application delayed by the pandemic. Source: Supplied

Australian citizenship testing and interviews that were suspended earlier this year due to the coronavirus pandemic are resuming in capital cities across the country.

The federal government says the appointments have started in Brisbane, Sydney, Adelaide and Perth and will also resume in Canberra, Hobart and Darwin later this month.

The suspension of processing had caused widespread concern among pending applicants, who were worried about a growing backlog.

Acting Immigration Minister Alan Tudge said the resumption of testing would allow more migrants to progress towards making the pledge of allegiance.

“The interview and tests are important steps in the process of applying for Australian citizenship, ensuring the integrity of our citizenship decisions,” he said.

A record 204,000 people became Australian citizens last financial year despite the coronavirus disruption, while 73,000 online ceremonies were conducted during the pandemic.

There remains a further 150,00 people who have applications pending, including those awaiting citizenship testing and interviews, according to government figures.

Yash-Sanjiv Rungta, who lives in Sarina in Queensland’s Mackay region, said he and his wife are yet to hear back about the status of their application since applying for citizenship in December last year.

The Indian national migrated to Australia six years ago - a decision motivated by his passion for cricket and the country’s “amazing” weather.

“To get Aussie citizenship is a matter of pride and honour,” he told SBS News.

“We are really excited about the prospect of becoming citizens of this country soon… it might take time but definitely we will become citizens one day.”

The government says citizenship appointments will return in capital cities in line with state and territory health restrictions with the safety of staff and applicants to be made a priority.

More than 1,150 people have attended one of these citizenship appointments since they resumed in July.

Mr Rungta said he remains uncertain about when he will get his opportunity, with interviews and testing yet to become available in his regional area.

“If they ask me to attend an interview or test in Brisbane – I don’t mind,” he said.

“(But) I fail to understand why they can’t start it in regional towns – where there is no instance of coronavirus left now."

A spokesperson for the Department of Home Affairs said that Services Australia conducts citizenship tests on the department’s behalf for clients in regional Australia.

"The department is working closely with Services Australia to resume citizenship testing arrangements in regional Australia as restrictions ease in states and territories, and in accordance with health advice," the spokesperson said.

In Melbourne, citizenship tests and interviews are yet to be resumed because of the city’s resurgence in coronavirus cases.

Melbourne-based Amul Jani is among those in the city facing the prospect of their citizenship application being further delayed by the COVID outbreak.

“That’s a big test of patience and it is really disappointing – we would have really loved for this to have happened sooner than what it looks like now,” he told SBS News.

Mr Jani migrated from India with his wife six years ago and along with their seven-year-old son Reyansh made their applications to become citizens in March this year.

“In all sense we consider ourselves as part of this country … we just hope for the best and wait for it to happen,” he said.

Sydney-based Abhijeet Sen, his wife, and six-year-old son are also waiting to undertake the citizenship test and receive an interview invitation.

Abhijeet Sen with his wife and child. Source: Supplied

Almost 1,600 people signed his petition calling for the government to gradually resume the procedures as coronavirus health concerns ease.

Mr Sen said the resumption of the citizenship interviews and testing is welcome.

“That makes me excited … I am really looking forward to it,” he told SBS News.

But he remains wary of a potential backlog of applications because of the coronavirus disruption.

“COVID is not going away anytime soon so even if test is resumed it will be conducted at fairly low levels,” he said.

There are currently around 35,000 people who have their application approved and are awaiting a ceremony, down from 85,000 in April.