Twitter earlier this week prevented users from tweeting an unconfirmed New York Post article about Hunter Biden based on information provided by Mr Trump's lawyer that was harvested from a laptop abandoned in a computer-repair shop.

Twitter CEO Jack Dorsey has admitted it was wrong for the platform to block links to a New York Post article making claims about US Democratic presidential candidate Joe Biden's son and says the social network has updated its policies to do better.

"Straight blocking of URLs was wrong, and we updated our policy and enforcement to fix," Mr Dorsey tweeted on Friday.

"Our goal is to attempt to add context, and now we have capabilities to do that."

The firestorm started on Wednesday after Twitter prevented users from tweeting an unconfirmed New York Post article about Hunter Biden.

The newspaper said the story was based on information provided by US President Donald Trump's lawyer Rudy Giuliani that was harvested from a laptop abandoned in a Delaware computer-repair shop. 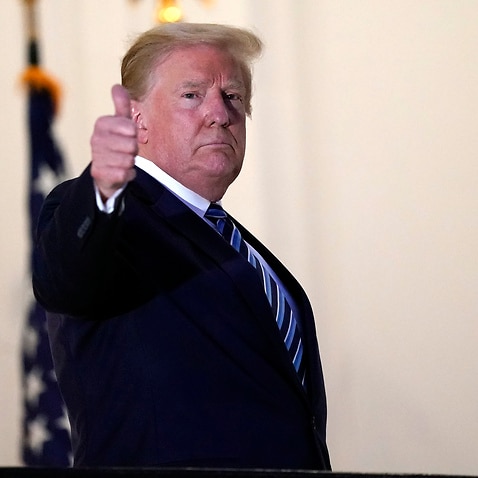 That story contained alleged details of Hunter's business dealings with a Ukrainian energy company and said the former vice president had met with an adviser of the company.

The News Corp-owned paper said it was unable to verify that the laptop from which the purported emails were obtained actually belonged to Hunter.

Twitter's suppression of the Biden stories infuriated Republican politicians and prompted the Senate Judiciary Committee to announce that it will subpoena Mr Dorsey next week to testify on 23 October before the committee about the issue. Twitter said tweets with links to the Post's articles ran afoul of its policy against sharing hacked materials.

But late on Thursday, Twitter announced that it will make changes to that policy and its enforcement.

Under Twitter's revised policy, it will no longer remove hacked content "unless it is directly shared by hackers or those acting in concert with them," Vijaya Gadde, Twitter's head of legal, policy and trust, and safety, wrote in a thread.

In addition, Twitter will label tweets that link to hacked material "to provide context instead of blocking links from being shared on Twitter," she added.

The company is making the changes, according to Gadde, to "address the concerns that there could be many unintended consequences to journalists, whistleblowers and others in ways that are contrary to Twitter's purpose of serving the public conversation".