Women in Poland walked off the job and hit the streets nationwide on Wednesday, the seventh straight day of mass protests over a court ruling to impose a near-total abortion ban in Poland.

Despite tight coronavirus restrictions on public gatherings, Poland has seen huge rallies against the ruling in both more liberal urban areas and traditionally conservative smaller towns.

In an unprecedented move in deeply Catholic Poland, protesters have also demonstrated inside churches and sprayed their exterior walls with graffiti including the popular "#Women'sHell" slogan.

Tens of thousands of mostly young women and men on Wednesday flooded the streets of several cities including Gdansk, Lodz, Poznan, Warsaw and Wroclaw among others, according to local media reports. 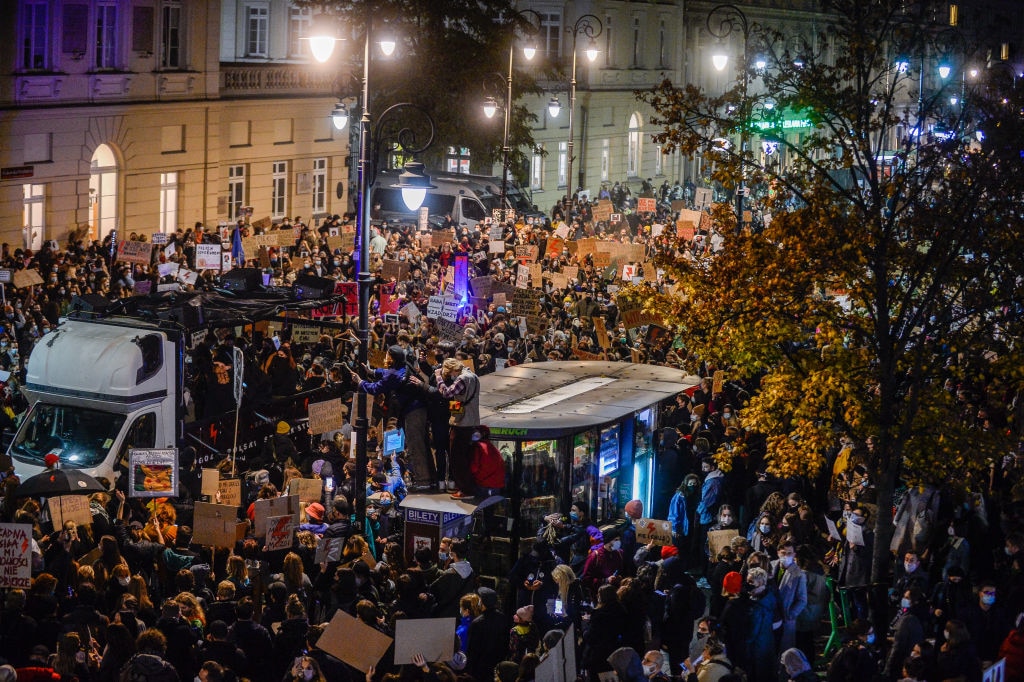 People hold banners and dance as they participate in a national strike during the seventh day of protests in Warsaw.
Getty Images

"Get your hands off my daughter," read a placard carried by an older male protester in Lodz, while young women with banners saying "Nothing can stop an angry woman!" chanted "Enough is enough".

Elsewhere, demonstrators carrying placards saying "Girls just want to have fundamental rights" chanted expletives against the governing nationalist Law and Justice (PiS) party, which backs the court ruling and is closely allied with the church.

Parliament speaker Ryszard Terlecki - who is a PiS member - compared the protest symbol of a red lightning bolt to Nazi imagery.

Mr Kaczynski, who is also a deputy prime minister, accused protesters of attempting to "destroy" the nation and rallied party members to defend Catholic churches. Speaking in parliament on Wednesday, a visibly upset Mr Kaczynski said protest organisers were "criminals" for calling on people to hit the streets at a time when Poland is experiencing a record spike in coronavirus infections and deaths.

The PiS government has vowed to clamp down on protests but Wednesday's demonstrations went ahead without incident.

Local media have shown some police officers, both men and women, clapping as protesters pass by. 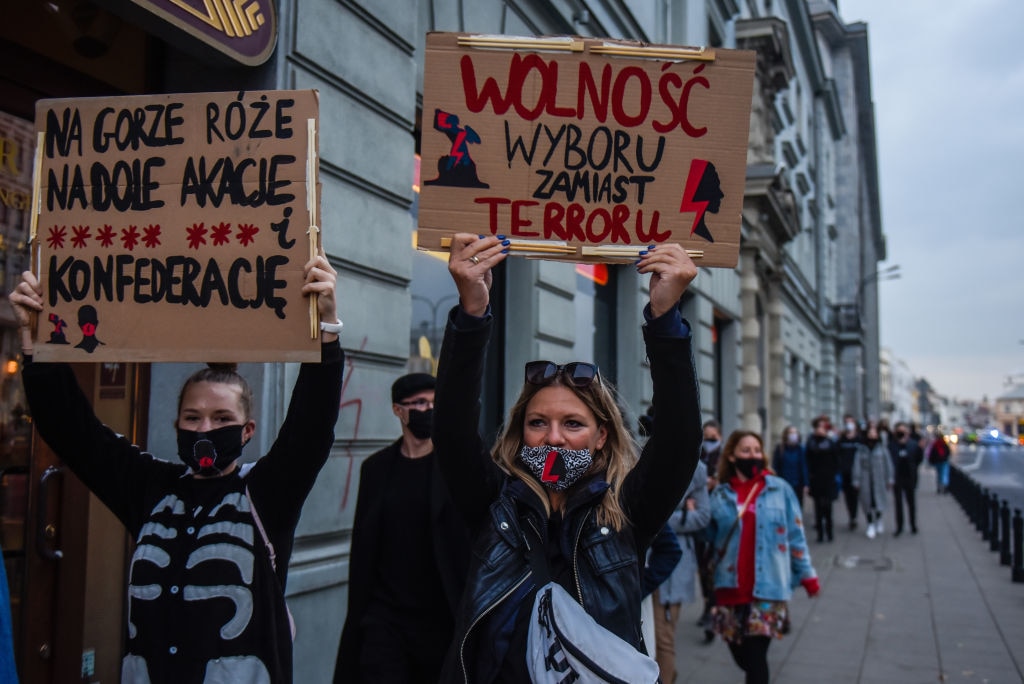 Women shout slogans and hold banners as they participate in a national strike during the seventh day of protests.
Getty Images

When published in the journal of laws, the decision by the constitutional court announced last Thursday will strike down abortions for birth defects.

Terminations will only be allowed for pregnancies resulting from rape, incest or when a woman's life is at risk.

Opponents of the ruling argue it puts women's lives at risk by forcing them to carry unviable pregnancies, but supporters insist it will prevent the abortion of foetuses diagnosed with Down Syndrome.

According to an opinion poll by the independent IBRiS pollsters published on Wednesday, some 66 per cent of respondents oppose the verdict while 69 per cent want a referendum on whether the changes ought to come into force. 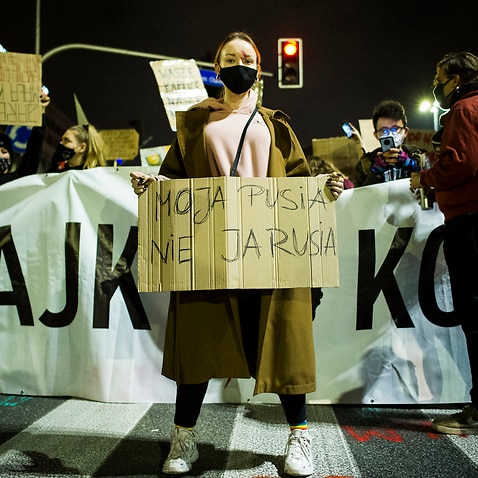 There are already fewer than 2,000 legal abortions each year in Poland - which even before the ruling enforced some of the strictest termination restrictions in Europe - and the vast majority of those are carried out due to damaged foetuses.

But women's groups estimate that up to 200,000 procedures are performed illegally or abroad.

The ruling cannot be appealed but only comes into force if it is published in the journal of laws.

It is unclear when this will happen and more protests are planned in the coming days.

Existing abortion legislation was adopted in 1993 as part of a hard-fought church-state compromise aimed at avoiding a backlash just four years after Poland shed communism, when there was unfettered access to abortion.