After her own loss, Kristina Keneally calls for paid leave for parents of stillborn babies

The Labor senator has told SBS News why she is pushing for parents of stillborn babies to have the same rights as other parents. 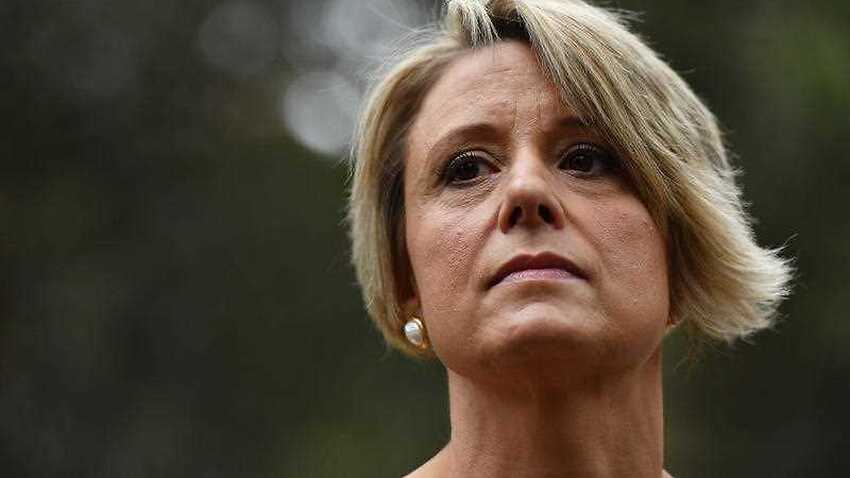 Labor senator Kristina Keneally is pushing for families impacted by stillbirth to be entitled to the same paid parental leave as other parents.

Figures released by the Australian Institute of Health and Welfare last year found about seven in every 1,000 births in Australia will be a stillbirth.

Senator Keneally, whose daughter Caroline was stillborn in 1999, opened up about her experience in her maiden speech to the Senate last year.

She is now demanding paid parental leave for parents who have had the same experience.

“While I can understand that people may instinctively think there’s no need for paid parental leave if a baby has died, I would invite them to consider that it is parental leave, not baby leave, and parents of stillborn babies are parents," she told SBS News

"The mother has given birth and must recover physically. The parents have parental responsibility, like organising autopsies, funerals and burial or cremation. They also are dealing with a singular and profound grief."

"The simple fact is that parents of stillborn babies are often physically and psychologically incapable of working at any productive capacity in the weeks and months after their baby’s death."

Senator Keneally will move a cross-party motion to mark the awareness day in the Senate on Tuesday.

However, @CommBank - do you offer parents of stillborn babies full paid parental leave?

15 Oct is Infant & Pregnancy Loss Day - would be a great opportunity to fix up any anomalies in your PPL. #stillbirth #6babiesaday https://t.co/duTRlo1AKE

A Senate inquiry into stillbirths handed down a report last year backing bipartisan support for the Fair Work Act to be amended to include provisions that would ensure paid parental leave for those who have experienced a loss.

The push is backed by Stillbirth Foundation Australia, which has created a register for companies to declare their support for the paid parental leave, saying they can’t "afford to ignore" their responsibility.

"The stillbirth Senate inquiry heard some gut-wrenching stories of mothers who were required to return to work in incredibly short time frames - in one case, 11 days after giving birth to a stillborn baby," Senator Keneally said.

"Not only is this the right thing for the private sector to do, but it also makes economic sense for a company to help parents recover from their baby’s birth and death.”

Senator Keneally has opened up about her own experience of stillbirth. Source: AAP

Senator Keneally's cross-party motion has the support of Jacqui Lambie, Hollie Hughes, Malarndirri McCarthy, Larissa Waters and Catryna Bilyk, and is aimed at recognising those affected.

In the motion, the fellow senators express their sympathy for families who have experienced stillbirths and commend those who have supported others through the tragedies.

“Despite medical advancements, the stillbirth rate has not changed in two decades,” the motion reads.

“Pregnancy and Infant Loss Remembrance Day is an important opportunity to raise awareness of this difficult reality and start a conversation about miscarriage and infant loss.”

The motion also identifies the rate of stillbirth and newborn deaths are 20 per cent higher among Aboriginal and Torres Strait Islander peoples.

A National Stillbirth Action Plan is due to go to public consultation early next year and will outline strategies to reduce stillbirth rates and provide support for families.

Senator Keneally has urged national action to support those affected.

“One of those babies way my daughter, Caroline,” she said in her maiden speech.

Stillbirths are classified as deaths among babies born at 20 or more weeks of gestation or of 400 grams or more birthweight.

Deaths among babies born before this time, or at lower birth weights, are classified as miscarriages. An estimated one in four pregnancies results in miscarriage.

Read More
'I didn't have the flu, I'd lost my baby: Australian women call for paid miscarriage leave
Share
Published 15 October 2019 at 11:59am
By Tom Stayner
Topics
PoliticsAustralia