A domestic violence conviction legally prohibited the Texas church shooter from buying guns, but the Air Force failed to enter it into a database used to run background checks, officials said Monday.

Devin Kelley - who shot dead 26 people at a Texas church - could therefore have passed the background check required to buy a gun, which would have raised red flags if the conviction had been properly entered. 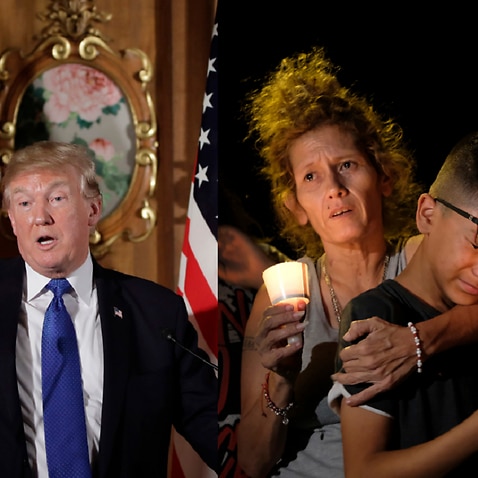 The database is one of three that are checked as part of the National Instant Criminal Background Check System (NICS), which licensed dealers are legally required to use to perform background checks under the 1993 Brady Act, aimed at reducing handgun violence.

While licensed dealers have to conduct checks, private sellers do not -- a major loophole in current regulations that allows purchases to be made, including at massive gun shows and online, without scrutiny of the buyer.

Kelley was convicted by a court-martial in 2012 of  "two charges of domestic assault against his wife and step-son," which meant that under federal law, he was "prohibited him from buying or possessing firearms after this conviction," Stefanek said. In addition to investigating the Kelley case, the Air Force is carrying out a "comprehensive review" to make sure that records from other cases have been correctly reported, she said.

Kelley was given a "bad conduct" discharge from the Air Force after serving 12 months behind bars -- a step up from "dishonorable," which also would also have prevented him from buying guns.

FBI Special Agent Christopher Combs told a news conference on Monday that NICS performed as designed, but that the disqualifying information was not there.

"I can tell you that for the four purchases that he made, the NICS system did their required checks," Combs said.

"There was no prohibitive information in the systems that we check that said that he could not have purchased that firearm," he said.

Combs did not specify when the purchases were made, nor if they were of firearms used in the church shooting.

Texas Governor Greg Abbott said earlier in the day that Kelley had been denied a gun permit, an apparent reference to a concealed carry license, as state law does not require permits for gun ownership.

Kelley was armed with a Ruger assault rifle when he carried out the attack on the First Baptist Church in Sutherland Springs, which also wounded 20 people.

Officials said that he had two pistols - a Ruger .22 and a Glock 9mm - in his vehicle.

A family dispute may have sparked the rampage by Kelley, who died of an apparently self-inflicted gunshot wound following the shooting, officials said. 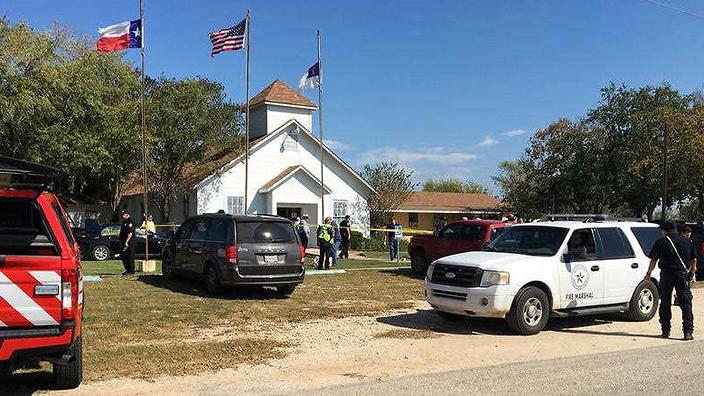 Martin said the investigation was focusing on reports that Kelly had sent threatening texts to his mother-in-law, who attended the church but was apparently not there on Sunday morning.

"There was a domestic situation going on with the family and in-laws," he said. "We know that he expressed anger towards his mother-in-law."

Governor Abbott said the shooting was not a "random act." 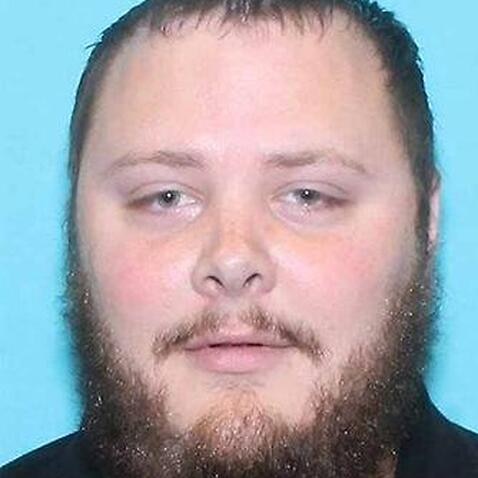 "Obviously the motive was completely deranged," he told CBS This Morning. "This is a man who had some mental health issues apparently long before this."

According to the Air Force, Kelley served at a base in New Mexico starting in 2010 before being court-martialed in 2012 on charges of assaulting his wife and a child.

He was sentenced to 12 months in confinement and received a "bad conduct" discharge in 2014, Air Force spokeswoman Ann Stefanek said.

Officials said Kelley was armed with a Ruger AR-15 rifle and had two handguns in his vehicle, a Glock 9mm and a Ruger .22 but Abbott said Kelley should not have been allowed to have a gun.

"He tried to get a gun permit in the State of Texas and was denied that permit," Abbott said. "Under the current system of federal law he should have been prevented to make this purchase."

Kelley was from the town of New Braunfels, 30 miles (50 kilometers) from Sutherland Springs, and his in-laws attended the church, Wilson County Sheriff Joe Tackitt said.

"They were not here yesterday," he said. "So we don't know why he actually showed up."

Tackitt said a man living nearby engaged Kelley in a "firefight" as he was leaving the church.

The resident then stopped a man in a truck, Johnnie Langendorff, and together they pursued Kelley for about 10 to 12 minutes at speeds which Langendorff said reached up to 95 miles per hour (150 kilometers per hour).

"I had to catch the guy. I had to make sure he was caught," Langendorff told CNN.

"There was some gunfire exchanged, I think, on the roadway also and then (Kelley) wrecked out," Tackitt said. "At this time we believe that he had a self-inflicted gunshot wound."

Martin said Kelley called his father from the car before he crashed and said he was wounded and didn't think he would make it.

Speaking in Tokyo as part of his Asia tour, President Trump dubbed the gunman as "deranged" and said the most recent mass shooting to hit the United States "isn't a guns situation."

"I think that mental health is your problem here," Trump told journalists when asked if gun control could reduce the rampant firearms violence plaguing the country.

Late Sunday, mourners held a candlelight vigil for victims in the tiny town.

"I feel like the guy got what he deserved," he said. "You're going to hate me for this, but I think they need to let the buzzards pick at him.

20 hours ago My Australia

The Feed 23 hours ago