A report has found air pollution is responsible for 12.5 per cent of all deaths in India, including more than 100,000 children under five every year.

The noxious air hanging over India's towns and cities kills more than 100,000 children under five every year, a damning study found.

Last year a UN report found 14 of the world's 15 most polluted cities were Indian. 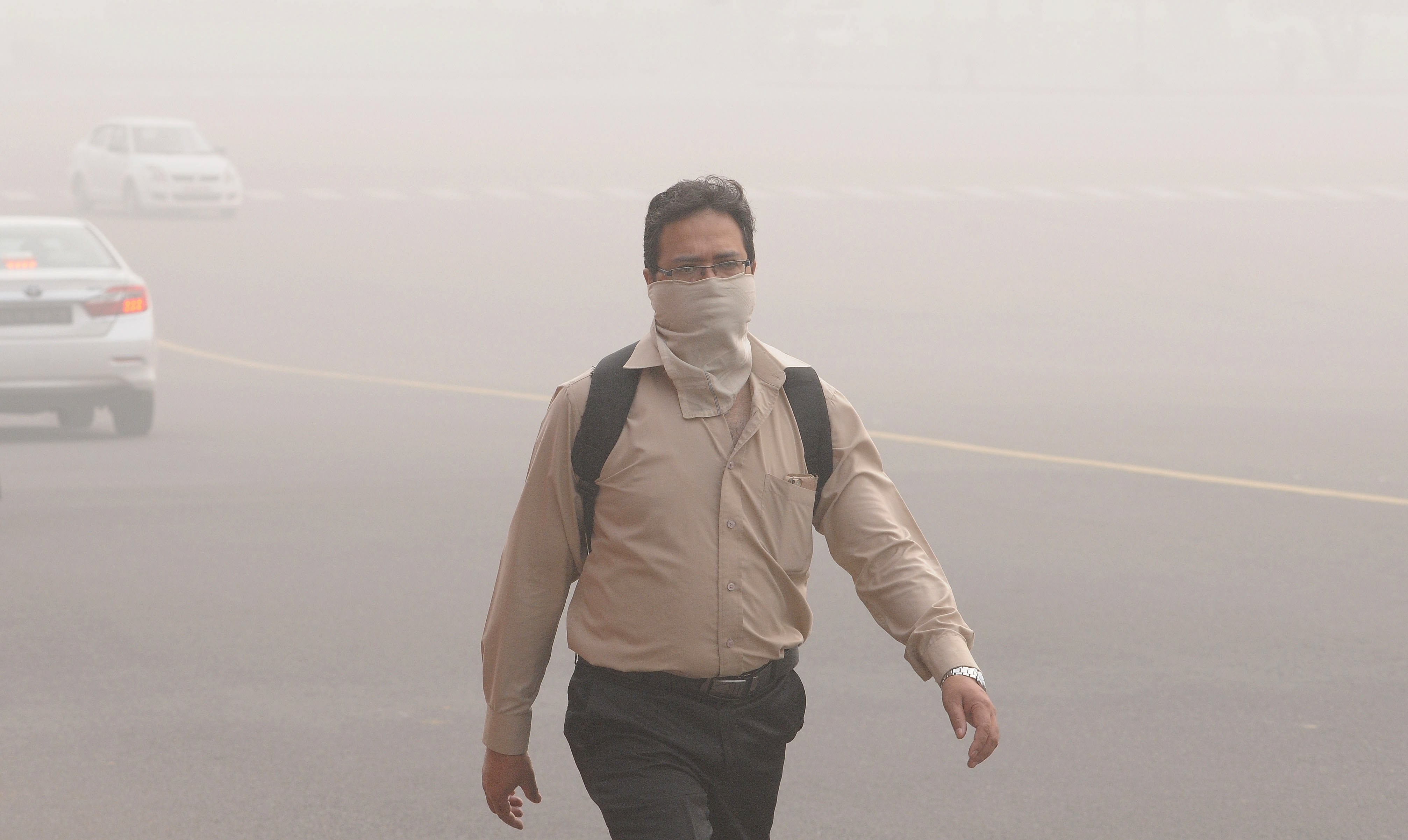 An Indian man with his face covered walks in New Delhi.
EPA

And despite calls to action against pollution around the globe, Indian politicians mostly side-stepped the issue in the last election.

The State of India's Environment (SoE) Report found air pollution is responsible for 12.5 per cent of all deaths in the country - painting a bleak picture of the environmental record of recent Indian governments.

Carried out by the Centre for Science and Environment (CSE), the report also found 86 per cent of Indian water bodies were "critically polluted".

It added the country's progress in renewable energy was "dismal". 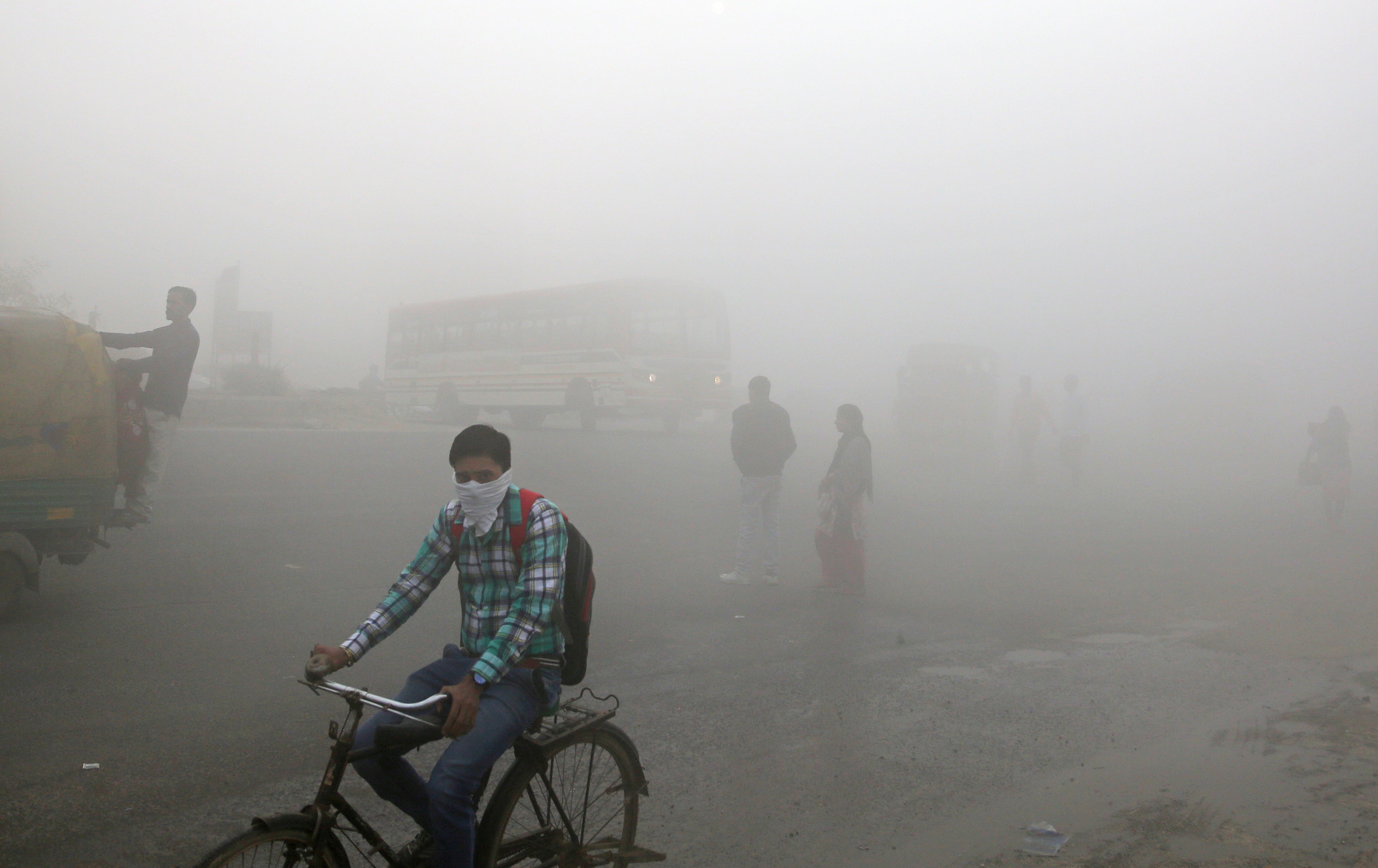 Indian commuters wait for transport amid a thick blanket of smog on the outskirts of New Delhi, India.
AP

India's Greenhouse gas emissions rose more than 20 per cent between 2010 and 2014, while its natural gas and hydroelectric plants were in a "shambles", it continued.

"The country's progress in renewable energy in 2018-19 has also been dismal," the CSE said. A train moves through heavy smog one day after the Diwali festival in New Delhi in 2018.
EPA

India is projected to add 416 million town and city dwellers to the world's urban population by 2050.

Our Planet and Environment is something we all cherish greatly. Today on #WorldEnvironmentDay, we reiterate our commitment to ensure a cleaner planet.

Living in harmony with nature will lead to a better future. pic.twitter.com/3V7yLD3d8U

But Prime Minister Narendra Modi, recently re-elected in a campaign in which climate change was barely mentioned, instead tweeted on Wednesday appealing to people to "live in harmony with nature" on World Environment Day.

"We have been brought up in a tradition, where nature is equal to God. Where sanctity of nature is meaningful and where nature's protection has been put at par with humans," Mr Modi said.

"On this Environment Day, we all need to spare some time to think what can we do to make our planet clean and green," he said.