Hundreds of thousands of civilians could be cut off from food if Syrian government forces encircle rebel-held parts of Aleppo, the United Nations said on Tuesday, warning of a new exodus of refugees fleeing a Russian-backed assault.

The army aims to secure the border with Turkey and recover control of Aleppo, a senior adviser to Syrian President Bashar al-Assad told Reuters, adding that she did not expect diplomacy to succeed while foreign states maintain support for insurgents.

Syrian government forces, backed by Russian air strikes and Iranian and Lebanese Hezbollah fighters, have launched a major offensive in the countryside around Aleppo, which has been divided between government and rebel control for years.

It marks one of the most important shifts of momentum in the five-year civil war that has killed 250,000 people and already driven 11 million from their homes. 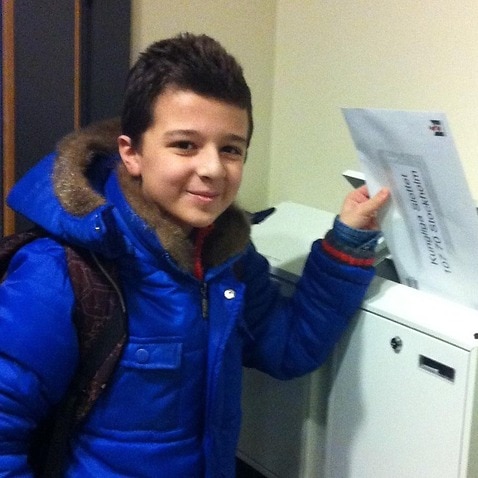 Since last week, fighting has already wrecked the first attempt at peace talks for two years and led rebel fighters to speak about losing their northern power base altogether.

The UN is worried the government advance could cut off the last link for civilians in rebel-held parts of Aleppo with the main Turkish border crossing, which has long served as the lifeline for insurgent-controlled territory.

"It would leave up to 300,000 people, still residing in the city, cut off from humanitarian aid unless cross-line access could be negotiated," the UN Office for Coordination of Humanitarian Affairs said.

"The situation is quite volatile and fluid in northern Aleppo with families on the move seeking safety."

If government advances around the city continue, it said, "local councils in the city estimate that some 100,000 - 150,000 civilians may flee". Aleppo was once Syria's biggest city, home to 2 million people.

Air strikes continued on Tal Rifaat, Anadan and other towns in the Aleppo countryside, the Syrian Observatory for Human Rights, which monitors the war, and activists said, adding that they were almost certainly from Russian planes.

Independent Doctors' Association official Mahmoud Mustafa said at least two people had been killed and 30 wounded in air strikes near Tal Rifaat and villages near Azaz. 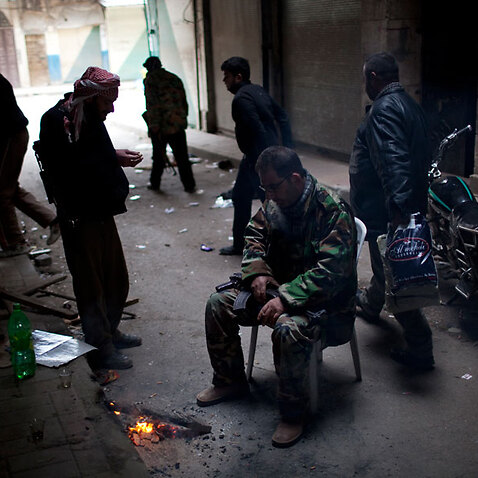 The death toll could be higher since his figures referred only to victims brought to the organisation's hospital on the Syrian side of the Oncupinar border crossing with Turkey.

In a residential area of Damascus, a suicide bomber drove his car into a police officers' club on Tuesday, blowing himself up, a Syrian interior ministry statement said.

The Observatory said eight police officers had been killed and 20 wounded in the blast. IS claimed responsibility.

While mortar and missile attacks have been a common feature of life in Damascus, this was the first bombing of its kind in many months in the centre of the capital.

Last month, at least 60 people were killed, including 25 Shi'ite fighters, on the outskirts of the city by a car bomb and two suicide bombers near Syria's holiest Shi'ite shrine, the Observatory reported. IS also claimed that attack.

Turkey, already home to 2.5 million Syrians, the world's biggest refugee population, has so far kept its frontier mostly closed to the latest wave of displaced.

Trucks ferrying aid and building supplies were crossing the border at Oncupinar into Syria on Tuesday, while a few ambulances entered Turkey, sirens blazing.

But the crossing remained closed to the tens of thousands of refugees sheltering in camps on the Syrian side of the border.

"We Syrians will be stuck between two evils if Turkey does not open the doors," said Khaled, 30, trying to return to Aleppo to rescue his wife and children. "We will have to choose between Russian bombardment or Daesh," he said, using a pejorative Arabic acronym for IS.

The UN urged Ankara on Tuesday to open the border and has called on other countries to assist Turkey with aid.

Assad adviser Bouthaina Shaaban, speaking at her office in Damascus, said the government's aim was also "to control our borders with Turkey because Turkey is the main source of terrorists, and the main crossing for them".

The Syrian government describes all the groups fighting it as terrorists.

Turkish Foreign Minister Mevlut Cavusoglu said as many as a million refugees could arrive if the Russian-Syrian campaign continues.

Fifty thousand people had reached Turkey's borders in the latest wave and Ankara was admitting people in a "controlled fashion", he said.

The U.N. World Food Programme said in a statement it had begun food distribution in the Syrian town of Azaz near the Turkish border for the new wave of displaced people.

"The situation is quite volatile and fluid in northern Aleppo with families on the move seeking safety," said Jakob Kern, WFP's country director in Syria.

"We are extremely concerned as access and supply routes from the north to eastern Aleppo city and surrounding areas are now cut off, but we are making every effort to get enough food in place for all those in need, bringing it in through the remaining open border crossing point from Turkey."

International powers are due to meet on Thursday in Munich in a bid to resurrect the talks, but diplomats hold out virtually no hope for negotiations as long as the offensive continues. Rebels say they will not attend without a halt to the bombing.

Moscow turned the momentum in the war in favour of its ally Assad when it joined the conflict four months ago with a campaign of air strikes against his enemies, many of whom are supported by Arab states, Turkey and the West. Life in Syria: Children find relief from trauma with magic of music

US Secretary of State John Kerry urged Russia on Tuesday to join efforts to bring about a ceasefire. "Russia's activities from Aleppo and in the region are making it much more difficult to be able to come to the table and be able to have a serious conversation," Kerry told reporters.

The Syrian president's adviser said talk of a ceasefire was coming from states that "do not want an end to terrorism" and were instead seeking to shore up insurgents, who are losing territory on a number of important frontlines.