Victoria has had two coronavirus deaths, taking the state toll to 819 and the national figure to 907, plus two new cases, as thousands of Melburnians head back to work. 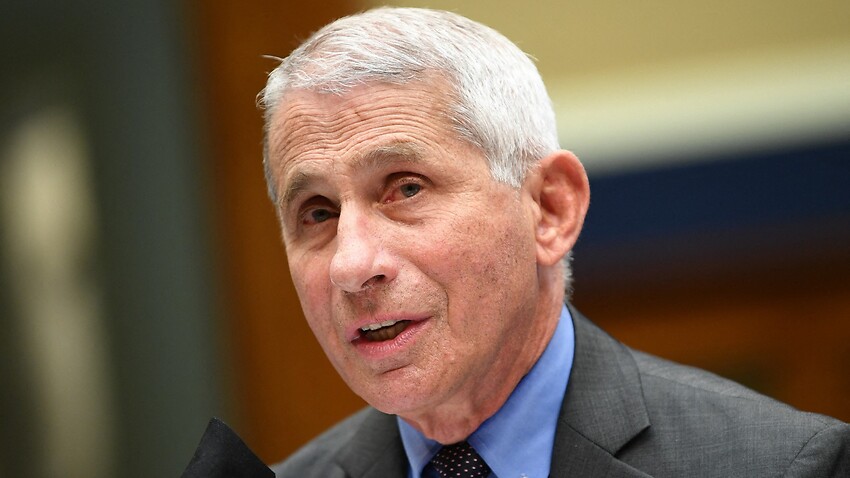 National Institute for Allergy and Infectious Diseases, Dr Anthony Fauci, has praised Victorians for their response to the pandemic. Source: AAP Image/Kevin Dietsch/Pool/ABACAPRESS.COM

America's top infectious diseases expert Dr Anthony Fauci has heaped praise on Victoria for the state's recovery from its second wave of coronavirus.

Speaking on a University of Melbourne panel with Doherty Institute director Sharon Lewin, Dr Fauci said Australia had done “quite well” in its response to the COVID-19 pandemic.

“I would like to say the same for the United States, but the numbers speak for themselves,” he said.

"Although there's many positives of independent states, when you're dealing with a pandemic and you say 'we need everyone to be doing A, B and C', and all of a sudden state 43 does this and state 27 does that, it becomes very difficult."

“I really wish that we could transplant that kind of mentality here, because masks in the United States have almost become a political statement,” he said.

Victoria has had two COVID-19 deaths and two new cases as Melbourne emerges from its 112-day lockdown.

Wednesday's deaths, Australia's first virus fatalities since 19 October, take the state toll to 819 and the national figure to 907.

The figures broke the state's two-day run of no deaths and no fresh cases, the first time that had happened since March.

Yesterday there were 2 new cases and 2 lost lives reported. Condolences to those affected. The 14 day rolling average is down in Melbourne and regional Vic. Unknown case numbers are down. More info: https://t.co/eTputEZdhs #COVID19VicData pic.twitter.com/1BI6T7stJX

Premier Daniel Andrews said the two fatalities, a man in his 70s and another in his 80s, happened "some weeks ago" and are related to aged care.

He added the two new cases are close contacts of known infections and Department of Health and Human Services testing boss Jeroen Weimar said they are part of Melbourne's northern suburbs outbreak.

On Melbourne's first day out of lockdown since 8 July, its 14-day case average dropped from 2.8 to 2.7 and its mystery cases to Sunday halved to three.

The corresponding figures for regional Victoria are zero.

Premier Daniel Andrews reported 24,673 tests, understood to be the highest daily figure for Victoria since 4 September.

Melbourne restaurants, cafes, pubs and retail stores could throw open their doors from 11.59pm on Tuesday, with some wasting no time getting back to business.

Angus & Bon in Melbourne's southeast was one of the first restaurants to welcome back customers, serving patrons at the stroke of midnight.

The New York-style steakhouse in Prahran and other metropolitan hospitality venues can host up to 50 people outdoors and 20 indoors, subject to density limits.

Mr Andrews said while Melburnians want to support local businesses, they must keep following rules including the wearing of masks.

He added about 180,000 workers returned to work on Wednesday in Melbourne.

"The rules, they are not against you, they are for you - they are so you can continue to do these things," he said.

While opposition leader Michael O'Brien welcomed the eased restrictions, he called for more clarity around rules for small businesses, especially in hospitality.

"You can see from the queues and the crowds that Melbourne has been waiting for this ... it's been too long coming," he said.

"We're still hearing a lot of concerns from hospitality that the rules, in some cases, just aren't workable."

Read More
An end to lockdown: Here’s what you can do in Melbourne from Wednesday

There are also new rules for home visits, which were curtailed throughout Victoria's devastating second wave, making it difficult for people to see family and friends.

Two adults from one household can now visit another home accompanied by any dependents. The visits are restricted to within the 25km travel limit and to one per day.

Home gathering restrictions will remain in place beyond 8 November, when the travel limit and the "ring of steel" separating the city from regional Victoria is lifted.

Masks should be worn inside gyms for most activities apart from running on a treadmill, with the premier earlier saying they will remain mandatory outdoors across the state for the rest of the year and possibly into 2021.

Home businesses such as hairdressers will be able to reopen if they have a "discrete retail area", while cleaners and maintenance workers may attend homes provided they wear a mask.

Halloween trick-or-treating will be permitted in Melbourne and regional Victoria this Saturday as long as it's "contactless", with people unable to enter properties, including front yards, to doorknock.