Amnesty International has taken aim at the company that operates Australia's offshore immigration detention centre on Nauru, urging others not to take part.

Amnesty International has accused a private contractor of enabling and profiting from the "torture" of refugees and asylum seekers on Nauru and sharply criticised its "secret" contract with Australia.

Ferrovial has labelled Amnesty's comments gratuitous and suggested it was being held responsible for a range of matters well outside its scope.

The company won't be bidding for a new contract and Amnesty is putting others considering taking up the "toxic baton" on notice.

"You will be complicit in an intentionally and inherently abusive and cruel system," it warned prospective bidders in a report released on Wednesday.

"You will be acting in direct contravention of your human rights responsibilities and you will be exposing yourself to potential legal liability." Amnesty suggests the Australian government is responsible for creating and maintaining the "inherently cruel and abusive" offshore processing but says Broadspectrum enables the system to operate.

The group said refugees and asylum seekers "trapped" on Nauru were being subjected to a daily diet of humiliation, neglect, abuse and poor physical and mental health care.

"They cannot leave, even after being granted refugee status, and there is no certainty as to when or even if the governments of Nauru or Australia will allow them to leave," Amnesty said.

"Broadspectrum's ongoing involvement in the (regional processing centre) amounts to complicity in the Australian government's violations of the rights of people seeking asylum and refugees on Nauru."

In a statement, Ferrovial said it does not manage the centre and had no power to decide on the status of the people concerned.

"(Broadspectrum) confines itself to providing safe living conditions, covering such aspects as food, housing, education, maintenance and cleaning," it said.

The company said it was happy to incorporate suggestions to improve living conditions at the Nauruan centre.

"Broadspectrum has repeatedly called on (Amnesty International) to make specific suggestions to improve living conditions, however AI has failed to respond."

Amnesty also took aim at the "shroud of secrecy" surrounding profits Broadspectrum makes from the contract, and claimed confidentiality obligations on service providers allowed the Australian government to hide abuse on Nauru and Manus Island. 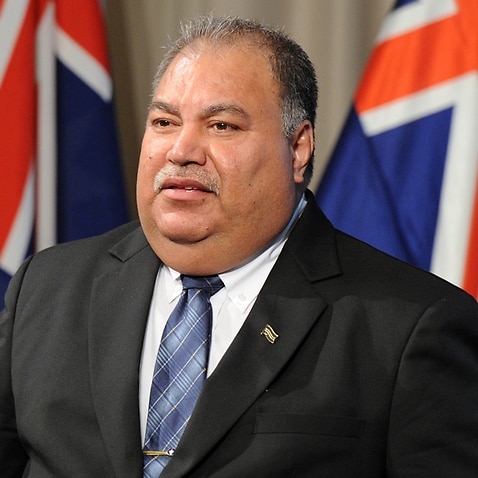 The report's release comes just days ahead of Nauru President Baron Waqa's official visit to Australia - the first by a Nauru leader for more than two decades - where he will hold talks on immigration and renewable energy.

"We strongly reject any claims that the department or its contracted service providers are involved in human rights abuses and consider these claims to be both sensationalist and harmful," a department spokesman told AAP.

Amnesty had not contacted the department for comments and failed to take into account significant evidence the department had made public previously on the claims.

The department also says it is wrong to infer the service provider controls the operation of the offshore immigration centres.

"The management of regional processing centres is, and always has been, the responsibility of the governments of Nauru and Papuan New Guinea," the spokesman said.