A senior AMP executive has told the royal commission he has 'lost count' of the number of times the financial services company mislead regulator ASIC.

Company profits and shareholders were a higher priority than customers and obeying the law, a senior executive at Australia's largest wealth manager AMP has admitted at a financial services royal commission hearing.

AMP mislead the Australian Securities and Investments Commission 20 times about its business practices, which resulted in clients being charged fees for services they didn't receive, the financial services royal commission heard on Tuesday.

AMP group executive for advice Anthony 'Jack' Regan, who faced questioning during the Royal Commission into misconduct in the banking, superannuation and financial services industry, admitted one letter to ASIC claimed clients were at fault for being charged ongoing fees when in some cases it was the result of a conscious effort by AMP. "What we seem to be seeing is a conscious decision is made to protect the profitability of AMP at the expense of complying with AMP's licence," counsel assisting the commission Michael Hodge said.

"Yes, I believe that's what that shows. It's clear that we preference the interests of shareholders in that exchange at the expense of clients and so that is a concern," Mr Regan responded.

But Mr Regan also couldn't recall "specific discussions" since he became responsible for group advice in January 2017 where it was made clear to staff this behaviour was frowned upon.

Mr Hodge referred to another case involving an audit by Clayton Utz that suggested AMP was misleading the regulator in order to negotiate on the compensation payable to customers.

"The desire to describe the cause as an administrative error was to justify to ASIC that the appropriate compensation for customers was the refund of ongoing fees rather than compensation based on no advice," the audit, read in part to the hearing, said. At one point, Mr Hodge even joked Mr Regan had lost count of all the times AMP misled ASIC.

"By my count, this was the 14th false or misleading statement by AMP to ASIC?... You're losing count," Mr Hodge joked.

"I'm in your hands in that regard, Mr Hodge," Mr Regan replied.

"There's so many you'll have to rely on my count, I'm afraid, Mr Regan," he said.

Later, questioning turned to AMP's attitudes towards commissions paid to financial planners, rather than fees for services provided.

Mr Regan said the practice of charging fees was much more consistent with professional environments than paying commissions, and the latter are progressively dropping away. 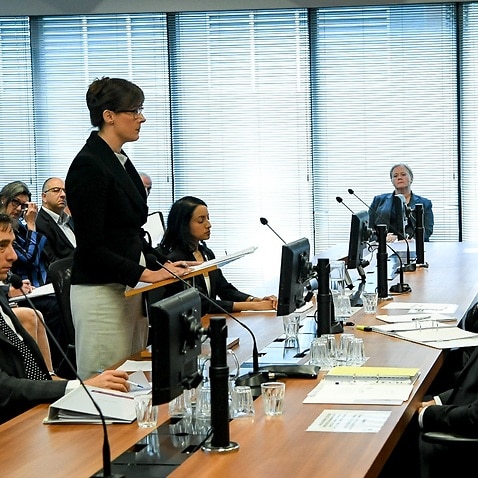 But while he said there was nothing stopping AMP adopting a fee-only position to completely phase out commissions he admitted: "I haven't turned my mind to it."

The majority of that is grandfathered commissions while up to 30-40 per cent comes from fees.

AMP and the nation's big four banks have paid almost $129 million in compensation to more than 310,000 financial advice customers charged fees for no service.

Two Commonwealth Bank witnesses will give evidence after Mr Regan on Tuesday, as the second round of public hearings of the Royal Commission continue.

Coronavirus: 'Worst yet to come' for countries in conflict, says UN chief