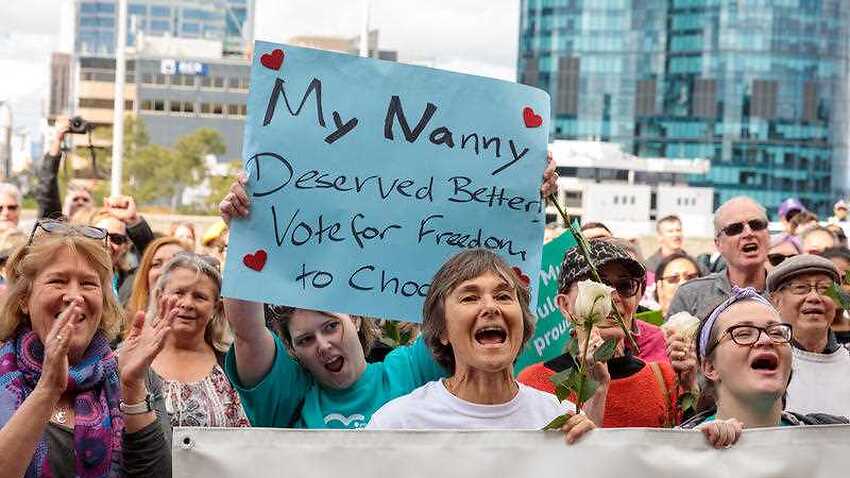 Voluntary assisted-dying laws have easily passed Western Australia's lower house, with the bill now headed to the upper house of parliament where it will face a tougher passage.

The bill passed 45-11 in the Legislative Assembly following extensive debate but with the outcome never in doubt as the Labor government has a majority.

However, it has less than half the seats in the upper house and will have to contend with the crossbench and any opposition to the laws.

This is an historic day for our State, and a moment I will forever be proud of.

Now, the legislation will move to the Legislative Council, where I hope the debate will continue with the respect it has seen so far. pic.twitter.com/lpdpkKwGSF

"This is an historic day for our State, and a moment I will forever be proud of," Premier Mark McGowan tweeted.

"Now, the legislation will move to the Legislative Council, where I hope the debate will continue with the respect it has seen so far."

Under the proposed laws, terminally ill adults living in WA who are in pain and likely have less than six months to live - or one year if they have a neurodegenerative condition - could take a drug to end their lives or ask a doctor to do it.

The legislation includes 102 safeguards including soundness of mind, no coercion and a minimum of two independent medical assessments.

The bill was presented to parliament for debate on August 28.

Mr McGowan said at the time he backed the bill because dying people deserved a means to not endure unnecessary pain while family should not have to witness horrible suffering or find their loved one after they had taken their own life.

Victoria is currently the only state where voluntary assisted dying is legal.