An Indigenous teenager was called a 'horrific' racial slur. She refused to stay silent

Allira, who is a Wiradjuri woman born in Bathurst, was called a racial slur in an online exchange as she and a friend were on their way to a party. 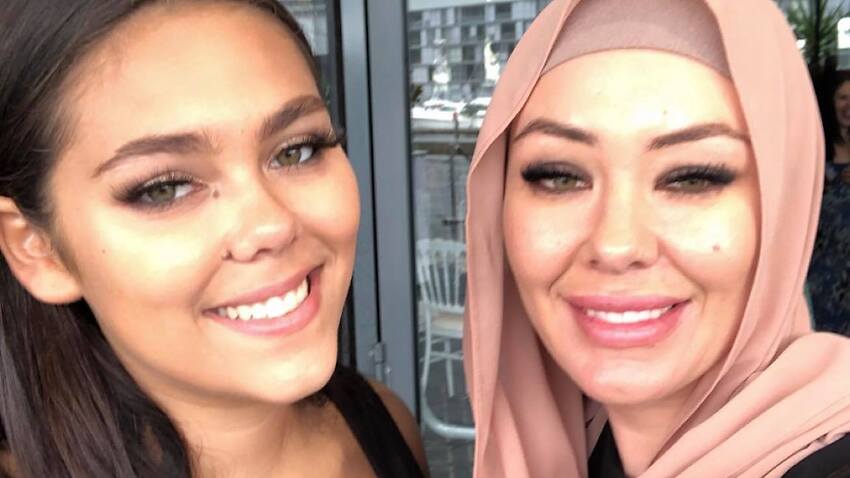 A Sydney mother who spoke out about racial slurs made against her teenage daughter by private school students has received an influx of global support. Source: Facebook

A Sydney mother who spoke out about racial slurs made against her teenage daughter by elite private school students has received an influx of global support.

Rhiannon Purcell, 36, shared a post on social media about her daughter Allira, 17, after a student at St Joseph's College in Hunter's Hill made a derogatory remark about the teenager's Indigenous background.

Allira, who is a Wiradjuri woman born in Bathurst, was called a racial slur in an online exchange as she and a friend were on their way to a party on Saturday night.

"After one of the boys saw a photo of my daughter and her friend he said 'Don’t bring that n***a'. He didn’t want my daughter there due to her skin colour and her being Aboriginal," Ms Purcell said.

"This is not something new and I have never spoken out about this and I now wish I would have."

Ms Purcell said students at other Sydney private schools have made similar racist remarks about her daughter.

"There have been too many incidents to count and it’s a common occurrence.

Ms Purcell told SBS News she was "furious" when her daughter told her what had happened.

The mother-of-four said she shared the post to encourage parents to teach their children that racism was never acceptable.

"I thought, how could someone call my daughter, the most important person in the world to me, these names.

"I had initially made the post to show people that my daughter is human, just like you, and to really show the effect racism has on people and their families," Ms Purcell said.

"I wanted parents and schools to realise the importance on having a zero tolerance to racism."

Ms Purcell said the post has since received a lot of positive attention, both from Sydney and globally.

"There have been hundreds of messages of support for Allira and it has been shared all over the world.

"Allira has received many private messages from other Aboriginal children who have also been through the same thing during their secondary schooling years."

"It’s so important that you stand up against racism, this will show others it’s not acceptable," she added.

"There is never an excuse for racism and it’s never okay. Please teach this to your children. We still have such a long way to go in Australia before we see the end of racism but it starts with educating our children."

A Sydney mother who spoke out about racial slurs made against her teenage daughter by private school students has received an influx of global support. Source: Facebook

"I have been given excuses for the racism Indigenous girls face such as, 'The only Aboriginal people country girls see are the alcoholics and drug addicts in their towns'," she said.

"I have had to listen to racist jokes about my own people. It frustrates me that I have seen horrific racism in private schools and nothing has happened to those being racist."

The teenager said she hopes publicising the issue will force the schools to confront it.

"I hope that from publicising these sorts of things schools will take action, as most of the time they are only worried about their own image. I believe that the only reason I was given any reaction was because the issue was made public."

Allira acknowledged the boy had reached out to her with a written apology.

However, she remained upset that in addition to apologising, his explanation was “full of excuses, claiming he did not intend to do what he did."

A spokesperson for St Joseph's College sent SBS News a letter that had gone out to parents on Wednesday regarding the incident.

"The College has investigated the matter, which involved the use of offensive terminology by the student as part of a sign-off in a private SnapChat exchange. Irrespective of the intent, our Year 12 student caused offence by his poor choice of words," it said.

"The student has subsequently taken appropriate reconciliatory action, including a formal written apology, and the offer of an in-person apology, to the hurt and aggrieved individual, who is a student at another independent school.

"St Joseph's College does not condone the use of demeaning, derogatory or racist language, and considers such language abhorrent. The College emphatically rejects the nature and inherent attitudes of any casual racism or bullying, irrespective of the context.

"Ignorance about the use of racist or culturally insensitive language is not an excuse. This incident has highlighted the need for us as educators to continue to ensure that our students are more aware of the historical context and cultural issues, and the impact that such language can have on others."