Australian paceman Andrew Tye had $1.4 million reasons to smile after being bought by Kings XI Punjab at the continuing IPL auction. 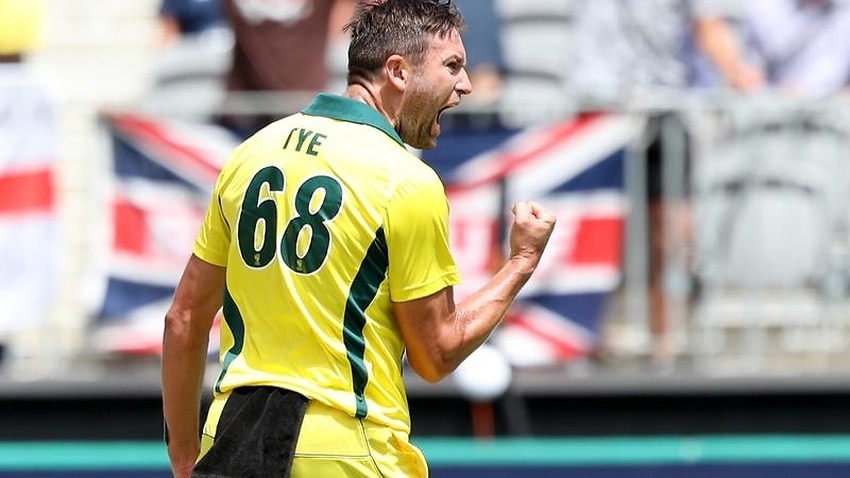 Bowler Andrew Tye collects five wickets against England and then cleans up in the IPL auction. (AAP)

Australian paceman Andrew Tye had a day to remember on Sunday - snaring five wickets against England in the ODI match in Perth, before being bought for $1.4 million in the IPL auction.

Tye has been a star in the BBL for the Perth Scorchers, and his hot form was rewarded when he was picked up by Kings XI Punjab.

But proven T20 performer Shaun Marsh was among a host of Australians who were snubbed by IPL franchises.

Mitchell Johnson was overlooked on day one of the auction, but the left-arm quick found a home on Sunday when he was bought by Kolkata Knight Riders for $388,000.

Allrounder Ben Cutting ($427,000) and injury-plagued paceman Jason Behrendorff ($291,000) were both picked up by Mumbai Indians.

Nathan Coulter-Nile will be hoping to put his injury woes behind him after being selected by Royal Challengers Bangalore on a $427,000 deal.

Emerging pace star Billy Stanlake was a bargain buy at $97,000 by the Sunrisers Hyderabad, while Dan Christian was picked up for $291,000 by the Delhi Daredevils.

In some of Saturday's other deals for Australians, Shane Watson was signed by Chennai Super Kings for $775,600.

Steve Smith (Rajasthan Royals) and David Warner (Sunrisers Hyderabad) will still be the IPL's highest-earning Australians after the duo were retained by their franchises before the auction on $2.42 million deals.

England's Ben Stokes was the biggest winner on Saturday when he was bought for $2.4 million by the Rajasthan Royals.

And the Royals continued to splash the cash on Sunday, buying Indian paceman Jaydev Unadkat for $2.2 million.

AUSTRALIA'S MILLION-DOLLAR MEN IN THE IPL