Struggling to keep up with the candidates who have come a cropper on the campaign trail? Here's a list of the casualties of the campaign so far.

Anyone applying for a job knows that social media can come back to haunt you, but it seems some federal election candidates missed that memo. Their political opponents and media have been busy trawling through candidates' social media activity, dredging up anti-Muslim, homophobic and sleazy posts.

Along with citizenship concerns and other bad behaviour brought to light during the campaign, several candidates have had their campaigns cut short in the past week.

So, who has bowed out and who is left standing as Australia heads towards an election?

The candidate for the Melbourne seat of Scullin was asked to resign by the Liberal party after it emerged he said the perpetrator was the "real victim" in response to a woman's account of being raped and abused. The comments wade made in response to a SBS Punjabi article posted in May last year. The prime minster had earlier defended Mr Singh's candidacy after the revelations, but the Victorian Liberal party later confirmed his disensorsement on 9 May.

The candidate for the seat of Melbourne was sacked after claiming 9/11 could have been the work of "globalist forces". The United Australia Party website had described Mr Pecora as the founder of companies responsible for installing solar power systems in Ausralia and the South Pacific. "He believe [sic] that freedom, liberty and strength are the defining principles on which all great civilizations are built," the website said.

The candidate for the Melbourne seat of Lalor resigned over offensive Facebook posts in which he made a racist joke about an Asian friend and joked about having sex with a ghost. In a statement, he apologised “for offence that my posts may have caused”.

The Tasmanian candidate resigned after being accused of making derogatory comments about Muslims on Facebook. In a statement announcing her resignation, Ms Whelan "vehemently maintains that she did not make the vulgar post" reported in the previous day's media, but "accepts that she has made some of the other posts in question". She has confirmed to SBS News that she will now stand as an Independent.

The Labor candidate for Melbourne apologised for sharing a rape joke online and posting pornographic material. But he resigned after further damaging posts about a female friend emerged. He apologised for "letting people down" but warned, "I think this is a really important lesson for young people that your social media footprint will follow you".

An apology was not enough to save Jeremy Hearn, after anti-Muslim online comments surfaced in which he claimed Muslims secretly supported the "killing or enslavement" of non-Muslim Australians and wanted to impose Sharia law on the country. He was dumped by the Victorian Liberal Party. 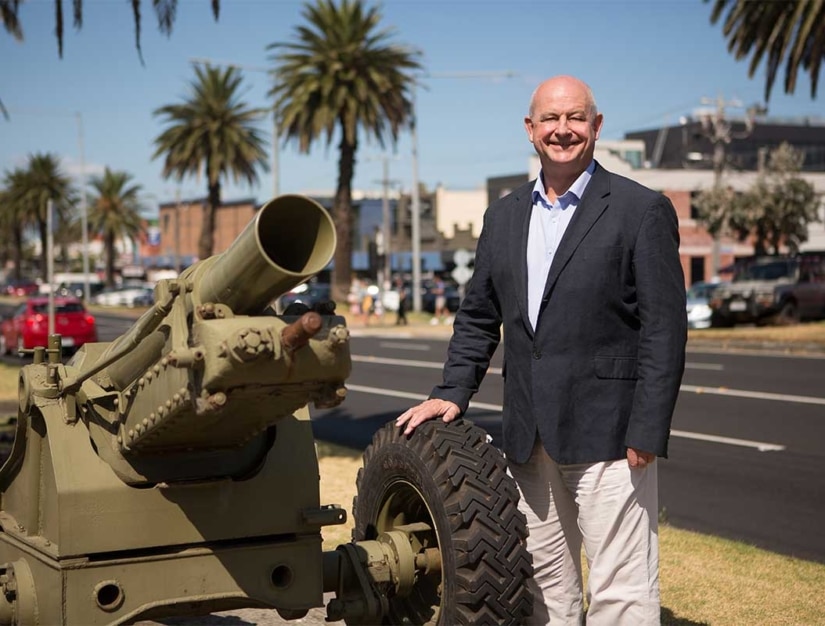 The Liberal candidate for the Victorian seat of Wills resigned over homophobic comments about Liberal MP Tim Wilson. He also wrote about the "dangers" posed by gay people in a submission to the Ruddock review into religious freedom last year.

He survived the controversy over flying to the US to seek funding from the powerful gun lobby National Rifle Association. But video of Steve Dickson behaving badly at a strip club on the same trip was too much. He resigned the morning after the footage was broadcast on A Current Affair on Monday night. 'I cop all this s***': Pauline Hanson breaks down

The Labor Senate candidate was disendorsed after sharing an anti-Semitic conspiracy theory online. The 2015 post claimed the world was being run by a society of Jewish shapeshifting lizards. While Opposition Leader Bill Shorten claimed never to have met the man, a photo of the two of them soon proved otherwise. The candidate for the Melbourne seat of Wills, engineer Vaishali Ghosh, was forced to step aside over her Indian heritage.

British-born GP Mary Ross dropped out of the Senate race mere days before the close of nominations in April over dual citizenship concerns. In a statement, Dr Ross said she made the decision to withdraw “after personal reflection and in consultation with my family”.

Dual citizenship issues have also ended a campaign for British citizen James Harker-Mortlock, who had been campaigning for the seat of Whitlam in NSW. His pre-selection was voided by the Nationals after he was unable to obtain proof of the renunciation of his British citizenship from the UK.

The candidate for the Sydney seat of Werriwa was forced to withdraw due to Section 44 dual citizenship issues.

The candidate for the Sydney seat of Fowler dropped out of the race due to doubts over dual citizenship.

Kate Oski is one of three candidates who didn't even make it to the start of the campaign, forced to resign because of her potential eligibility for Polish citizenship.

As an Australian Post employee, Helen Jackson is considered a public servant which could be a breach of section 44 on the constitution. The Liberal Party chose not to take the risk and disendorsed her.

The Liberal hopeful for Corio was dumped by the party for complimenting his Labor opponent as a "good bloke".

The former MP was standing for the West Australian seat of Curtin but stood down after comments about Israel and Palestine emerged.

Paperwork submitted to the Australian Electoral Commission has raised questions about Liberal candidate for Canberra Mina Zaki's eligibility. Ms Zaki declared she had renounced her Afghan citizenship but she may not have completed the final step required. 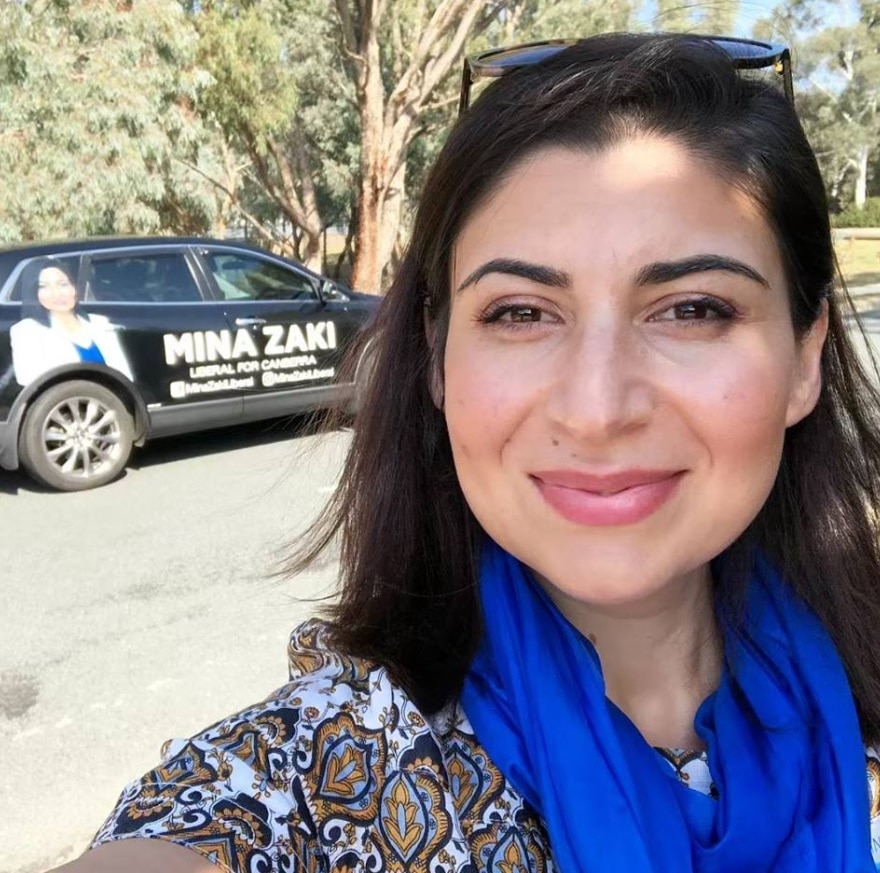 Mina Zaki says she has denounced her Afghan citizenship.
Facebook

The West Australian reports that Sharyn Morrow, who is contesting the seat of Durack for Labor, posted anti-refugee posts on social media in 2013 in response to incidents at the Nauru detention centre.

United Australia Party candidate Tony Hanley, who is running for the new seat of Bean in the ACT, called Saudi Arabians "tea towel heads" and described the children of taxi drivers as "future terrorists" on Facebook.

Just hours after Pauline Hanson had a break down on national television over the latest scandal to hit her party thanks to Steve Dickson's strip club antics, a series of photos of the minor party's Leichhardt candidate Ross MacDonald with topless women emerged. Ross Macdonald posing with a topless woman in Thailand.
Supplied

Andrew Hastie denied meeting white supremacist Neil Erikson, but his colleague Ian Goodenough confirmed to The Guardian that the pair did briefly meet at a rally to support white South African farmers. Running in a Melbourne electorate with a large Jewish community, Ms Ashmor apologised after accusing her Labor rival of not being Jewish enough and, in a separate incident, said sorry for appearing to call Bill Shorten's wife a pig.

The Australian Electoral Commission has referred the former One Nation senator to federal police over an alleged false statement after he failed to mention his bankruptcy on his nomination form. His bankruptcy previously resulted in him being disqualified from parliament.