Anthony Albanese has said Labor made a "mistake" by sticking with its 2015 policy of a 45 per cent emissions target by 2030 at last year's federal election.

Anthony Albanese believes his Labor party has got over the disappointment of losing the 2019 federal election, but eight months on the opposition leader is keeping future policy changes close to his chest.

In an interview with Sky News, Mr Albanese confirmed the party's controversial franking credits policy that disgruntled many older voters will not be taken to next the election, although he declined to say whether it will come in a different form.

"I think it was a mistake in 2019 to continue to say 'we will do exactly what we were doing in 2015' - as if it hadn't changed," he said in the interview aired on Sunday.

"We will determine our policy. It will be as ambitious as possible." 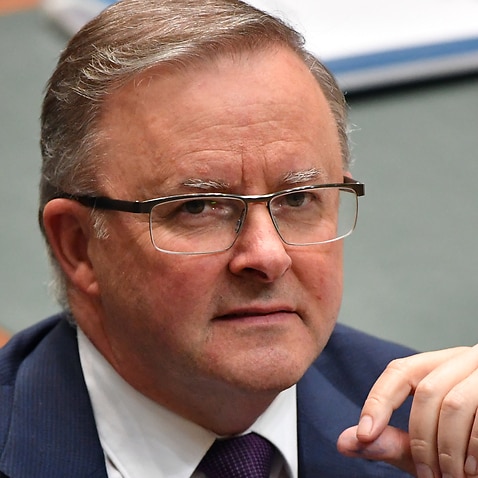 Asked whether his party will continue with a tax and spend approach, he said: "I don't shy away from the fact that in a civilised society you need taxation in order to fund schools, in order to fund hospitals."

Mr Albanese is reckoning on the next election being sometime between October 2021 and March 2022.

"We have done much better than just recover." He said in six months the party had examined where it went wrong at the 2019 election through its review process, it had restructured its national office, installed a new national secretary and set up a new front bench.

"We haven't swung at every sucker ball that has been thrown at us and I don't intend to do so," Mr Albanese said.

"I intend to be strategic going forward, to have a full suite of policies, driven by the economy, driven by jobs."