Opposition Leader Anthony Albanese has called for a special COAG meeting to deal with ongoing bushfires and other disasters in a coordinated way.

Opposition Leader Anthony Albanese has written to Prime Minister Scott Morrison urging a special meeting of federal, state and territories to deal with the ongoing need for a national disaster strategy.

The Labor leader said through the Council of Australian Governments (COAG) it can ensure the best coordination is in place, that there is support for rural fire services and volunteers and appropriate firefighting equipment, including aerial services available at all times.

"It is very clear that whilst you can't say that any individual event is just because of climate change, we know that the scientists told us that the bushfire seasons would be longer and more intense, just like with other natural disasters," Mr Albanese told reporters in Melbourne on Sunday. Firefighters watch on as a fire approaches a property at Colo Heights last week.
AAP

"Very clearly, this season means that it's a huge wake-up call for us to ensure that our preparedness is the best possible. And what that needs is coordination across the different levels of government."

He said the prime minister should convene a COAG meeting before the end of the year, rather than continue to provide assistance - albeit welcome - in an ad hoc way. 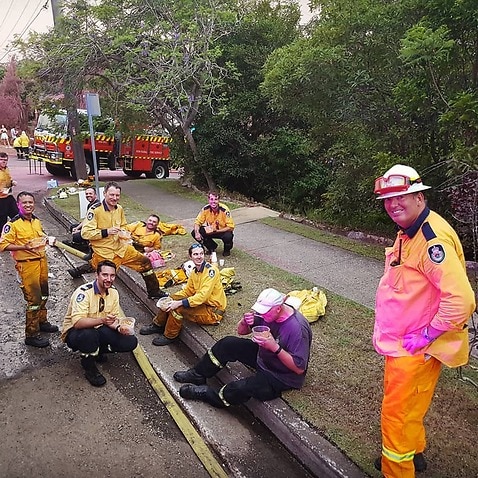 NSW and Queensland suffered through brutal bushfires this month, and firefighters remain on the lookout for new blazes that could spark this weekend.

The rain has hampered hazard reduction efforts in some areas, the NSW Rural Fire Service says.

"Easing conditions will allow firefighters to identify and strengthen containment lines as well as identify new ignitions from yesterday's storms," the RFS said in a statement. 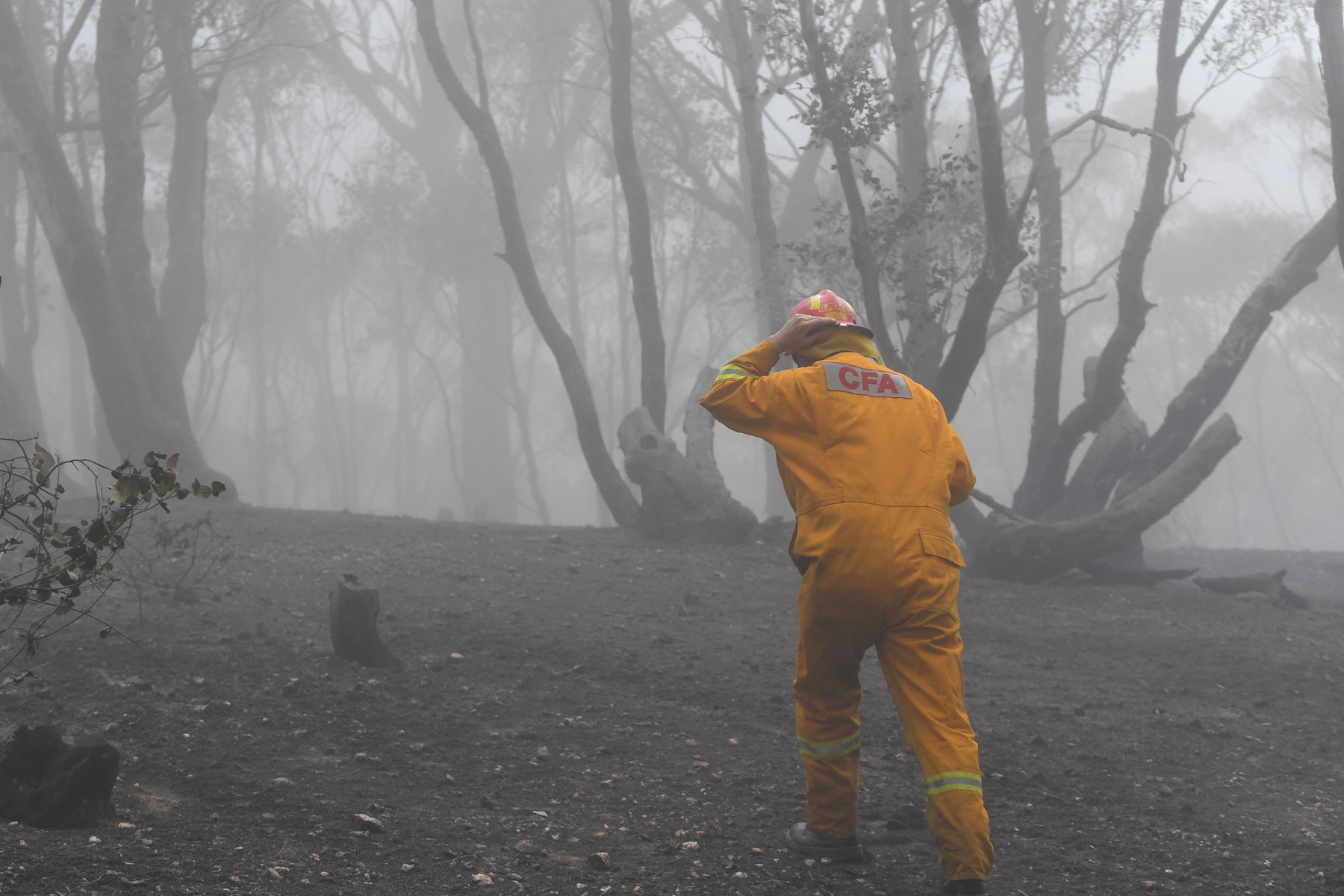 "Rainfall across some fire grounds yesterday is making access by ground difficult to some areas today. This will limit the amount of firefighting being done by crews today."

On Sunday morning there were more than 60 fires burning across NSW.

All of these fires were at an "advice" alert level, including the 180,000-hectare Gospers Mountain blaze near Sydney's northwestern outskirts.

Bureau of Meteorology duty forecaster Elli Blandford says temperatures will be cooler around many of the state's fire grounds on Sunday.

"We are looking at cooler temperatures today, particularly where we are seeing fires on the mid-north coast and out in the Hunter," she told AAP. 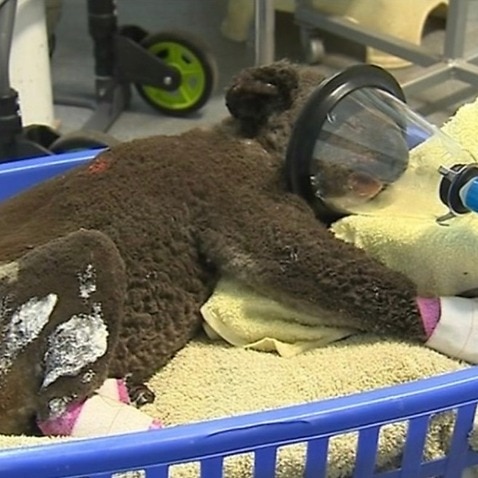 "In addition, we've got onshore winds, which increase humidity and means conditions aren't as dry in a lot of places." 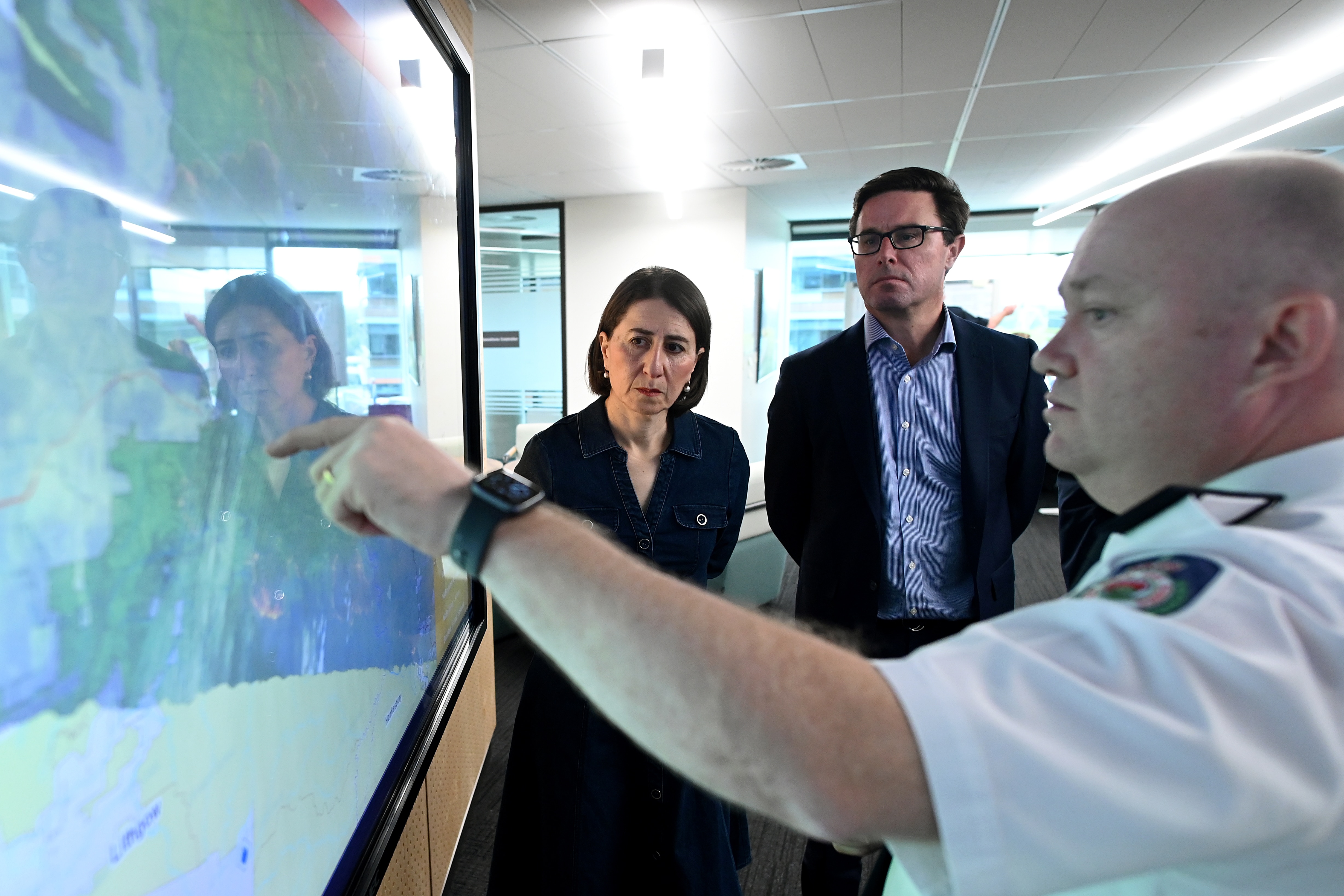 The combination of increased humidity and weaker winds meant a lower fire danger rating, although this rating was forecast to increase on Monday, Ms Blandford said.

"In the next couple of days, we will see an increase in fire danger ratings. 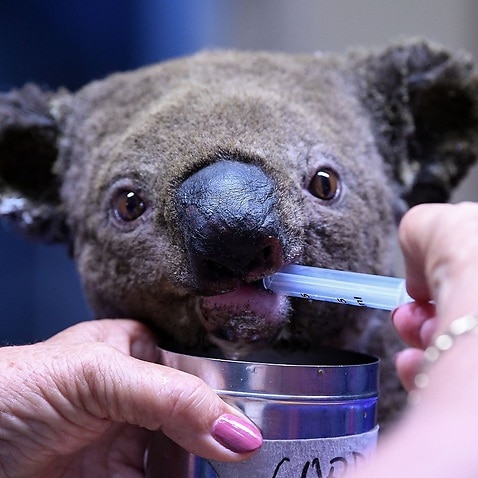 "A front will move through the state, with a combined increase in temperatures and strong winds associated with that front."

Fire dangers would be elevated but were unlikely to be as extreme as those seen in the past fortnight, Ms Blandford said.