US pop star Ariana Grande has been photographed hugging youngsters at a Manchester children's hospital who were injured in deadly terror attack on her concert.

The US pop star was photographed on social media hugging youngsters at the Royal Manchester Children's Hospital ward, with one father left in tears by the visit.

It comes ahead of Grande's all-star benefit concert on Sunday, less than two weeks after a suicide bombing at her gig in Manchester which killed 22 people and injured dozens more.

Peter Mann, whose daughter Jaden was injured in the attack, posted several photos of Grande and the youngster on Facebook.

He wrote: "This means more to us than all the amazing things people have done this week. when your daughter asks after her 2nd operation is ariana ok?

"So happy she came i could burst! Never seen jaden so happy!even cried again myself."

Grande arrived back in the UK on Friday morning ahead of the One Love Manchester concert on Sunday. Musicians including Justin Bieber, Katy Perry, Coldplay, Take That and Miley Cyrus will join her for the event which is raising funds for victims and their families.

Her hospital visit comes as police investigating the suicide bombing seized a car which they say could be "significant" to the investigation.

A 100m cordon was put in place after the car was found in the area near Banff Road, where police say suicide bomber Salman Abedi had visited in the days leading up to the attack.

A Royal Logistics Corp bomb disposal team was called to the area on Friday and forensics officers were on the scene. 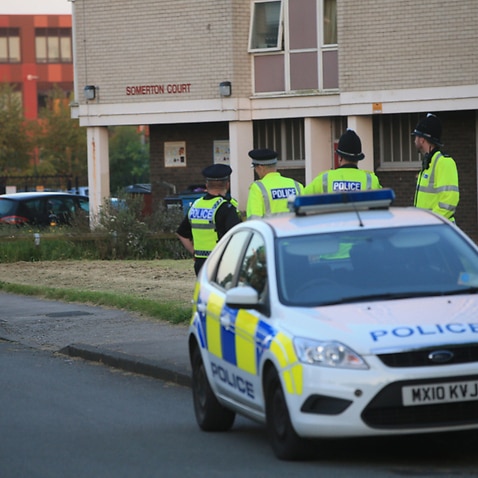 The cordon was lifted at about 7.30pm on Friday after a truck believed to be carrying the car drove away.

The development came as the Duke of Cambridge visited the city and met police officers and volunteers before paying a visit to Manchester Royal Infirmary to meet some of those injured in the attack on May 22.

CCTV images have been released showing Abedi hauling a blue suitcase in the days leading up to the Manchester Arena terror attack, which killed 22 people including seven children.

Abedi's cousins have claimed the 22-year-old plotted "secretly to himself" before the atrocity.

Brothers Isaac and Abz Forjani, who were arrested by armed police soon after the attack before being released without charge, said they had been left "traumatised" by their cousin's actions.

Ten men, aged between 18 and 44, remain in custody on suspicion of terrorism offences in connection with the attack, police have said.

Six people - including a 15-year-old boy, a 34-year-old woman and four men - have been released without charge.