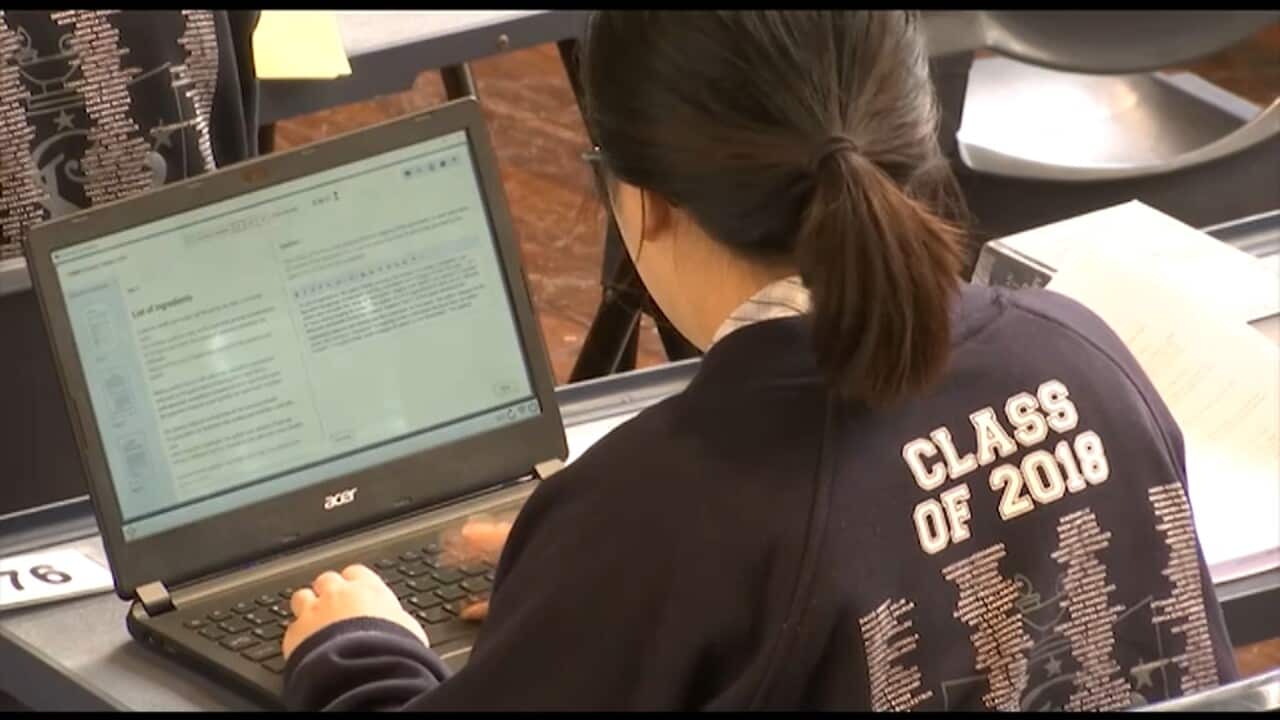 Electronic devices have long been banned from exam halls but soon their presence could become the norm.

About 1900 students across South Australia became the first in the nation on Wednesday to sit their final year English Literature exam electronically.

Raymond Ngo, a student at Adelaide High, was among them.

Advertisement
“It was pretty smooth, not really any problems with it.”

The students used a special browser with no internet access or spell checker. Source: SBS

Student Kim Truong told SBS News she was relieved to be among Australia’s first cohort to go digital.

“I don’t mind being the guinea pig because I hate writing. My hands get so tired,” she said.

The students used a special browser with no internet access or spell checker.

“They’ve got some functionality around highlighting, of course, they can copy and paste and move their work around.”

Ms Truong said this is simply a reflection of how she and her peers study.

“We do all our work online now. We type up our essays and stuff.”

But as technology moves to the exam room, some have urged caution, saying the format could disadvantage some students.

The Australian Education Union’s Howard Spreadbury warned the format could disadvantage students who speak English as a second language.

“How they might be disadvantaged is probably in the methodology, the instructions relating to the test, rather than the test itself.”

SACE, which is responsible for the state's final year exams, said it’s working closely with schools to ensure it's only used when schools and students are ready.

Some are urged caution, saying the digital format could disadvantage some students. Source: SBS

“If schools are not ready, we’re not going to force them down this road,” Mr Westwell said.

Adelaide High School principal Cez Green said trial runs were conducted to make sure the exam went smoothly, and there were back-up plans in place for worst-case scenarios, like power failures or accidentally deleting work.

“What we’ve really done is looked at every risk and made sure the risks are minimised,” she said.

The format will be rolled out to two more subjects next year.