Some Chinese students have found a way to get back to Australia in time for the start of university classes, but thousands remain stuck in China. 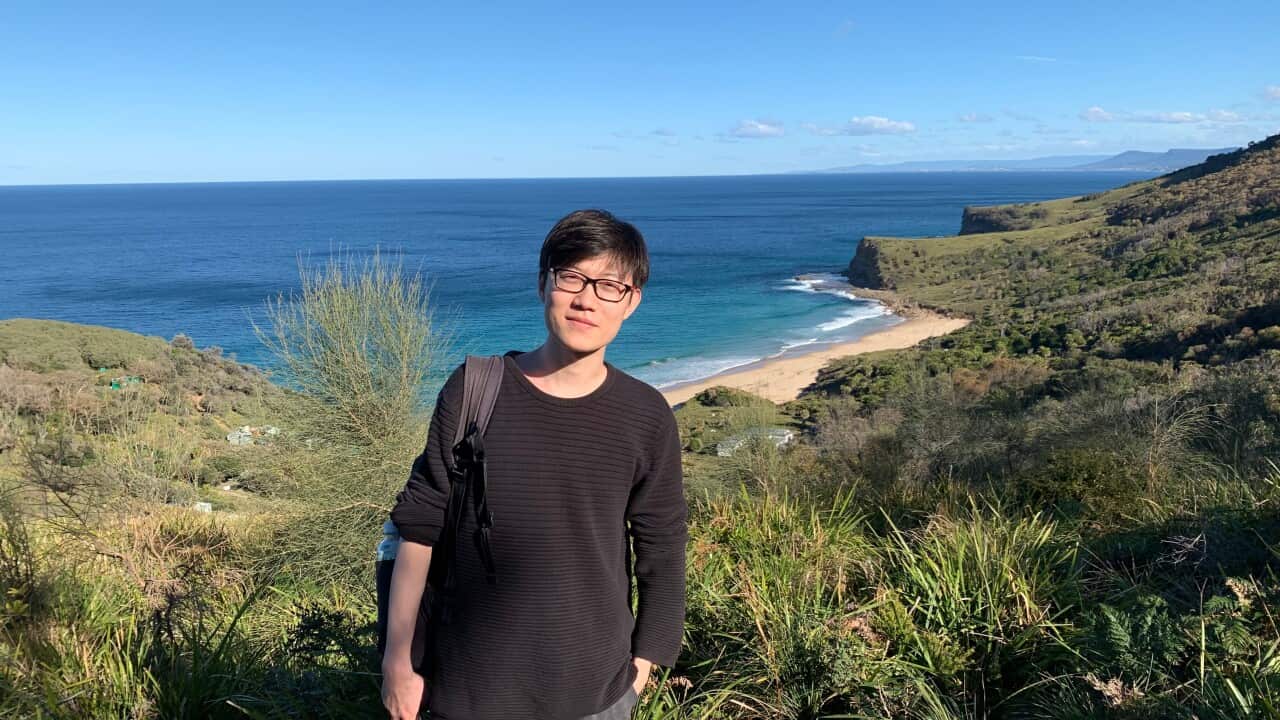 University student Ding Yongchao has returned to Australia after self-quarantining in Thailand for 14 days. Source: Supplied

International university students from China have begun trickling back into Australia after transiting through a third country to wait out their quarantine period.

As Orientation Week kicks off at many universities around the country, more than 100,000 Chinese students remain stuck outside of Australia after the government imposed a travel ban on visitors from mainland China to limit the spread of coronavirus.

But some Chinese students have found a way around it.

Advertisement
University student Ding Yongchao left China for Thailand on 3 February and spent 15 days in self- quarantine before arriving in Sydney on Wednesday morning.

Ding Yongchao is studying a Masters of Physiotherapy at the University of Sydney. Source: Supplied

The 27-year-old is in his final year at the University of Sydney, studying a Master of Physiotherapy.

“I am happy to be able to return because if I could not come back I would be forced to defer and would not be able to keep up my studies alongside other students in my year," he told SBS News.

“For me, to be able to return to start classes again is really important because I am studying physiotherapy, which has a lot of hands on tutorial classes which cannot be done or replicated online."

Chinese students first began to leave China after the Department of Education, Skills and Employment issued advice early last week that students “may” be able to return to Australia via a third country.

The Department of Home Affairs this week clarified that "students will only be allowed to enter Australia if they have been outside China for more than 14 consecutive days prior to travelling to Australia”.

The measure is temporary and is not recommended by Home Affairs because “travel restrictions for countries (including Australia), may change without notice.”

Melbourne-based migration agent Kirk Yan told SBS News that he knows of at least 2,000 Chinese students who are attempting to return to Australia by transiting to a third country for self-quarantine.

“Since the Home Affairs' clarification on this point, I have heard that more students are buying airplane tickets to a third country to self-quarantine.

“The students really want to do the right thing, they are following the rules provided by the Australian government so they can get back as soon as possible to resume studies.”

University student Wayne Wang is currently in self-quarantine in Thailand and hopes to return to Australia soon. Source: Supplied

Wayne Wang, who returned to China in December to celebrate the new year with his family is now in Bangkok in Thailand and hopes to return to Sydney after serving out his quarantine period.

"I'm nervous that I can be back to go back to uni again."

'Not a one-size-fits-all solution'

But Chinese students in some of the worst hot spots for coronavirus have been unable to leave.

Xiaogan, is among four cities in lockdown in Hubei with all residential complexes sealed off and the use of non-essential vehicles on local roads banned.

Ritsu said he had no choice but to defer his studies.

“People living here are not able to go anywhere, I have been in self-quarantine at home for almost a month."

The 21-year-old said that even if he had the choice, he would not try the transit method.

“I have heard many cases where students who self-quarantined in a third country were then denied a boarding pass at the airport and have subsequently had their visas cancelled.

“Also for me, this method is too expensive, and it would not be practical, it's not a one-size-fits-all solution.”

*Name has been changed at the request of interviewee.

Do you know more about this story? Have you been affected by the travel ban? Contact linevlin@protonmail.com (secure email) or lin.evlin@sbs.com.au