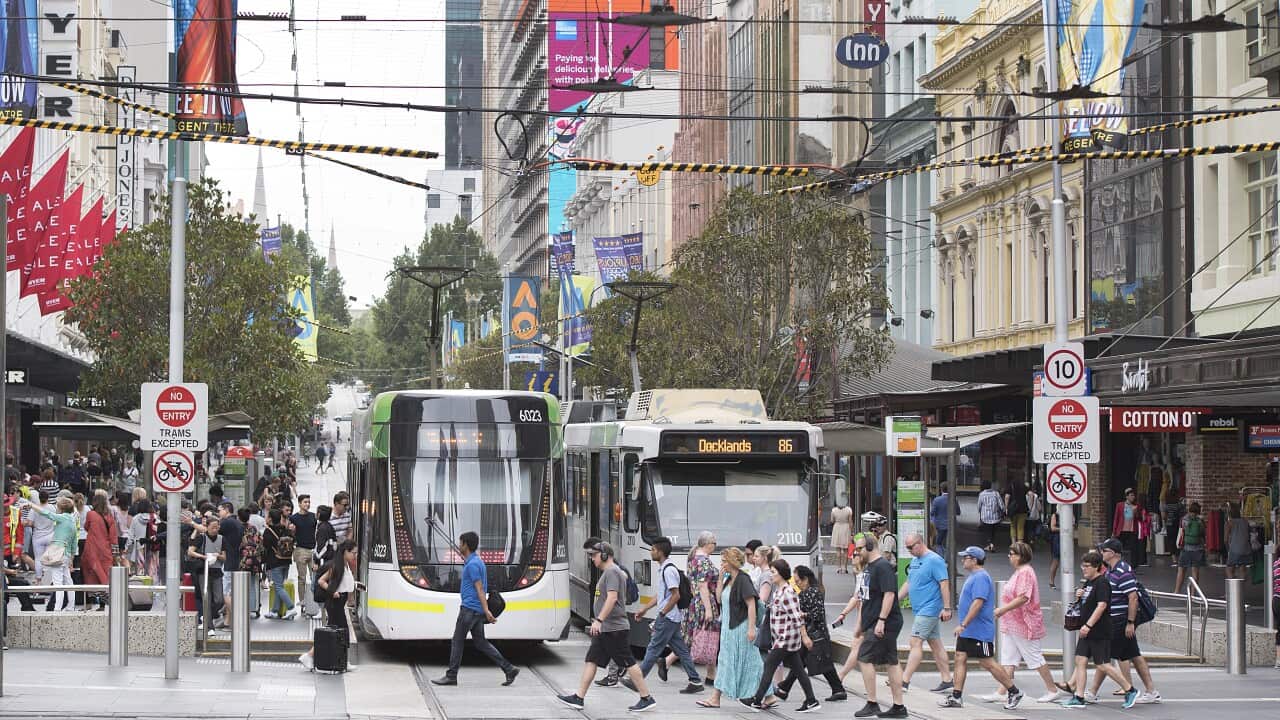 A general view of Bourke Street Mall at the Elizabeth Street end in Melbourne Source: AAP

Advertisement
Nearly 300,000 temporary visa holders have left Australia since the start of the year according to the federal government and there are predictions the country will miss out on another 240,000 would-be migrants by the end of the year.

Projections by sharemarket broker CommSec
suggest around 240,000 fewer people could migrate to Australia over the next 12 months.

A lone visitor takes in the view from the Mt Coot-Tha lookout in Brisbane, Wednesday, April 29, 2020. Source: AAP

There were 2.43 million temporary migrants in Australia in December 2019, a number
which according to the federal government
fell to 2.17 million - a drop of 260,000 - in early April.

With chief medical officer Brendan Murphy flagging last week that restrictions on international travel would
not be lifted for at least three to four months
, it could be at least that long until Australia starts welcoming migrants again.

The pandemic-induced freeze on immigration comes after
a record 298,200 migrants left Australia in the year to 30 June 2019
- seven months before Australia recorded its first coronavirus case on 25 January 2020.

Since the coronavirus outbreak began, Asian-Australians
have been beaten
,
had property vandalised with racist graffiti
and have been verbally abused in the streets.

To try and support Australia's migrants through the coronavirus crisis, the federal government has introduced
early access to superannuation for some
and relaxed various visa conditions.

Tasmania
, Victoria and the
ACT
have introduced their own measures.