Four people - two men and two women - have died after an accident on a ride at Gold Coast theme park Dreamworld. 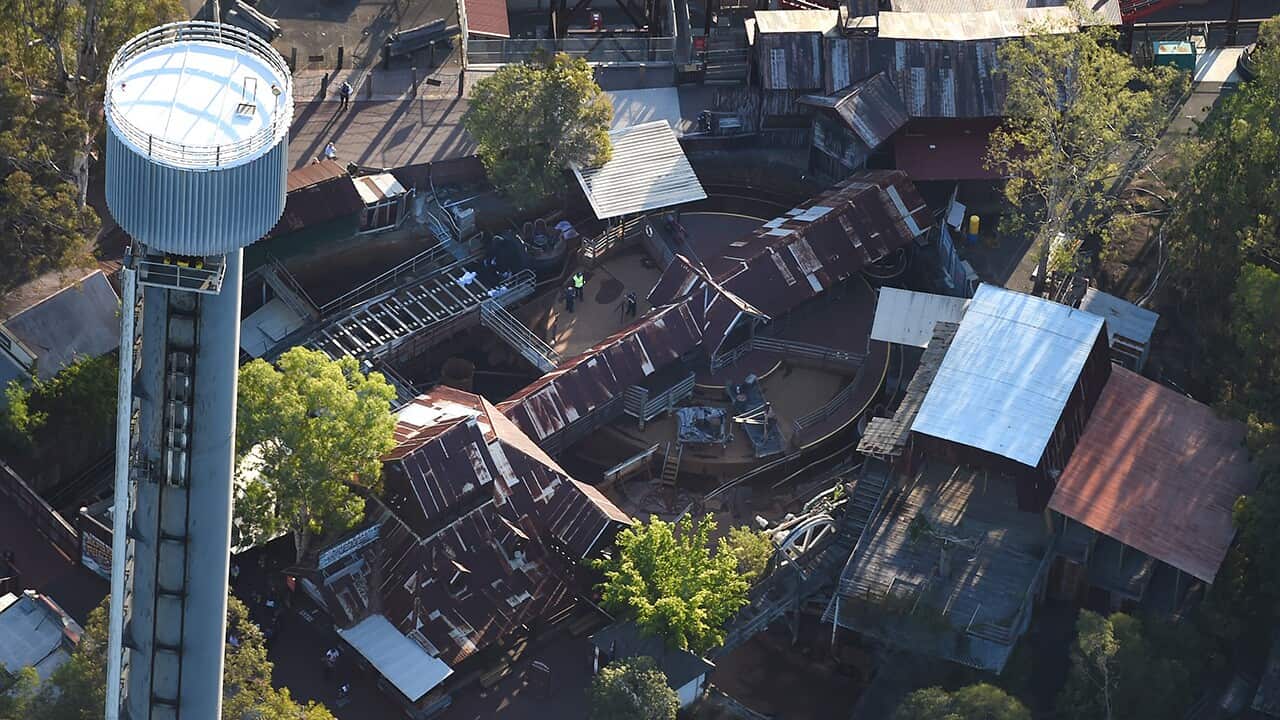 The death of four people at a Gold Coast theme park has been labelled one of the saddest days in the city's history.

The exact circumstances of the accident are under investigation but the six-person raft the victims were on flipped over while travelling on a conveyor belt.

Advertisement
Two of the victims were flung clear of the raft into the water, while the other two were trapped under the raft.

The tragedy left the city stunned, rocking its image as a destination for fun-filled family holidays.

"It's one of the saddest days in our city," Gold Coast mayor Tom Tate told AAP.

"The Gold Coast is renowned for people to come here and have wonderful memories for the rest of their lives.

"This is the reverse of that. A tragedy like this, it affects us deeply because we cherish making sure we look after our visitors.

"It is the most emotional day we've had."

Queensland Premier Annastacia Palaszczuk said: "I understand there were many witnesses and I want to thank paramedics and police who were there.

"I have been told the scene was horrific."

It is believed that at least two of those killed are related, and other media reports have claimed some or all of the victims were on holiday from Canberra.

Police were in the process of notifying the victim's families early on Tuesday night, and were talking to witnesses at nearby police stations as the bodies began to be recovered at the park.

"It is a complex retrieval involving heavy equipment and that will take several hours," Inspector Tod Reid said.

Footage of the incident has also been captured on CCTV cameras.

"That will be reviewed as part of the investigation," Inspector Reid said.

One witness described consoling a young girl at the scene in the aftermath of the accident, who she fears was related to at least one of those killed.

"We saw a little girl screaming for her mum ... it was horrible," Lia Capes told Seven News.

"It was so scary.

"We tried to comfort her to the side to distract her."

"I'm not aware (of earlier problems on the ride) but that will obviously be part of the investigation," Inspector Reid said.

Queensland Ambulance senior operating officer Gavin Fuller said park staff had attempted first aid on the victims but their injuries were just too severe for them to be saved.

"One of the rides have sustained some sort of malfunction," Mr Fuller said.

"A number of the staff that were here today from Queensland Ambulance have been deeply affected by this terrible accident that has occurred today."

Dreamworld was closed down and evacuated an hour after the accident occurred at approximately 2.20pm.

The park will remain shut on Wednesday as Workplace Health and Safety Officials and police forensic crash investigators try to discover just how the incident happened, and it's unknown when it will reopen.

The Thunder River Rapids Ride is currently Australia's only river rapids ride and opened in December 1986.