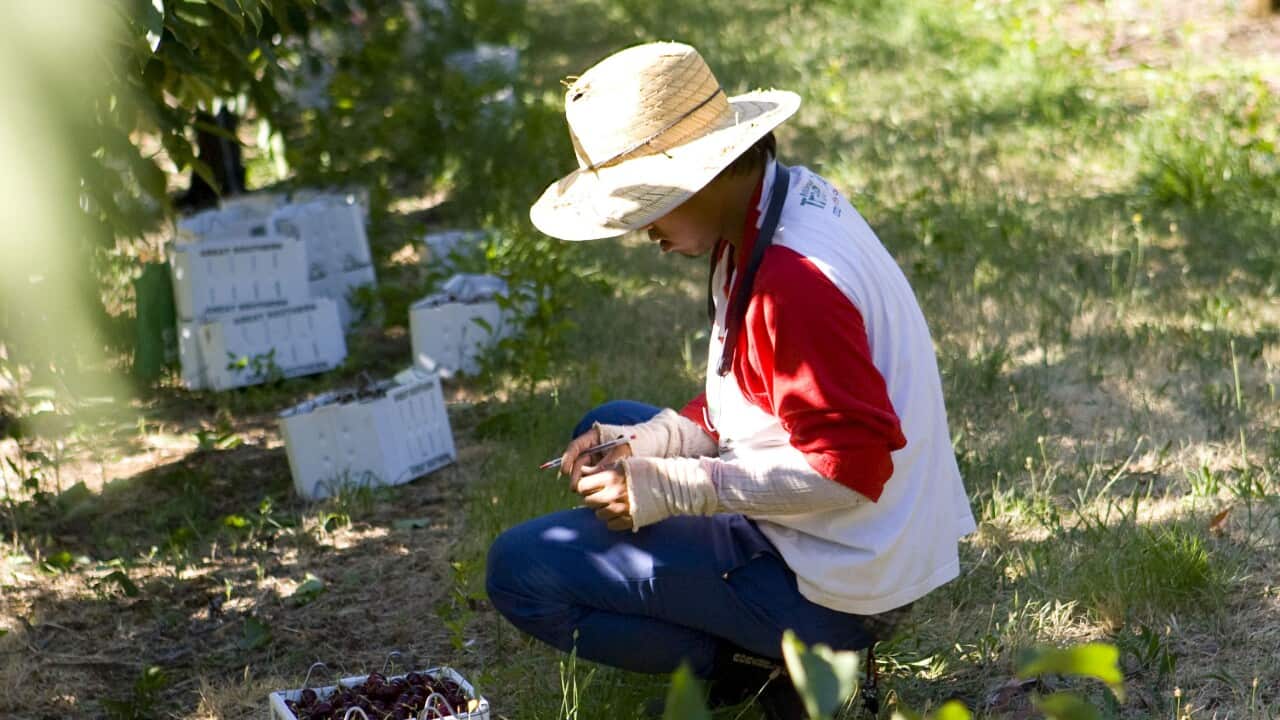 Visa rule changes will allow skilled foreign workers hired for seasonal work on farms to stay in Australia for up to four years.

Sponsored sportsmen and artists will also be able to get new eight-year visas, under the changes announced by the Immigration Minister David Coleman on Monday.

The changes to the
Regional Occupation List
, which build on the Working Holiday Maker visa program and the Seasonal Worker Program, are designed to target workforce shortages.

Advertisement
“We want Australians filling Australian jobs but when this isn’t possible action is needed to ensure farmers can continue to operate,” Mr Coleman said in a statement.

John Fairley, who runs a dairy farm in Picton, south-west of Sydney, told SBS News there was an issue but said it's most acute in regional areas.

"We can find good enough labour around here because we're close to a big city but if you're (far) out west it would be a challenge finding skilled labour."

"Previously these roles were only in the short-term shortage list, which means that the visa was only available for two years. Yes, it's renewable, but for somebody who needs to uproot their entire family to a foreign country, it doesn't provide the certainty, to give them the motivation to want to move."

But some in the industry said limitations remain, particularly in areas such as horticulture, where there is a demand for less-skilled workers.

Dr Joanna Howe, from the University of Adelaide, co-authored a three-year-study into labour shortages in the horticultural sector.

"Today's announcement doesn't actually do anything to help those farmers because they need pickers, packers and graders."

The study's findings revealed that 40 per cent of farmers have not been able to recruit enough workers at some point over the past five years.

Workers packing cherries at a site in Australia. Source: AAP

In January, the
Morrison government loosened restrictions on two schemes
that bring temporary farm workers into Australia, lifting the cap on the 462 visa for working backpackers from particular countries.

Under the latest changes, migrants hired for agriculture work will get four-year working visas but must remain in a specified region and work in some type of farming.

Sponsored artists and sportspeople, including footballers and tennis coaches, are also among eight professions added to the long-term skills list.

"These changes recognise Australia's passion for sports and the arts," Mr Coleman said.