In a sit-down interview with SBS News, Alex Hawke said the challenge of guiding Australia's migration program through the coronavirus pandemic has been a daunting one. 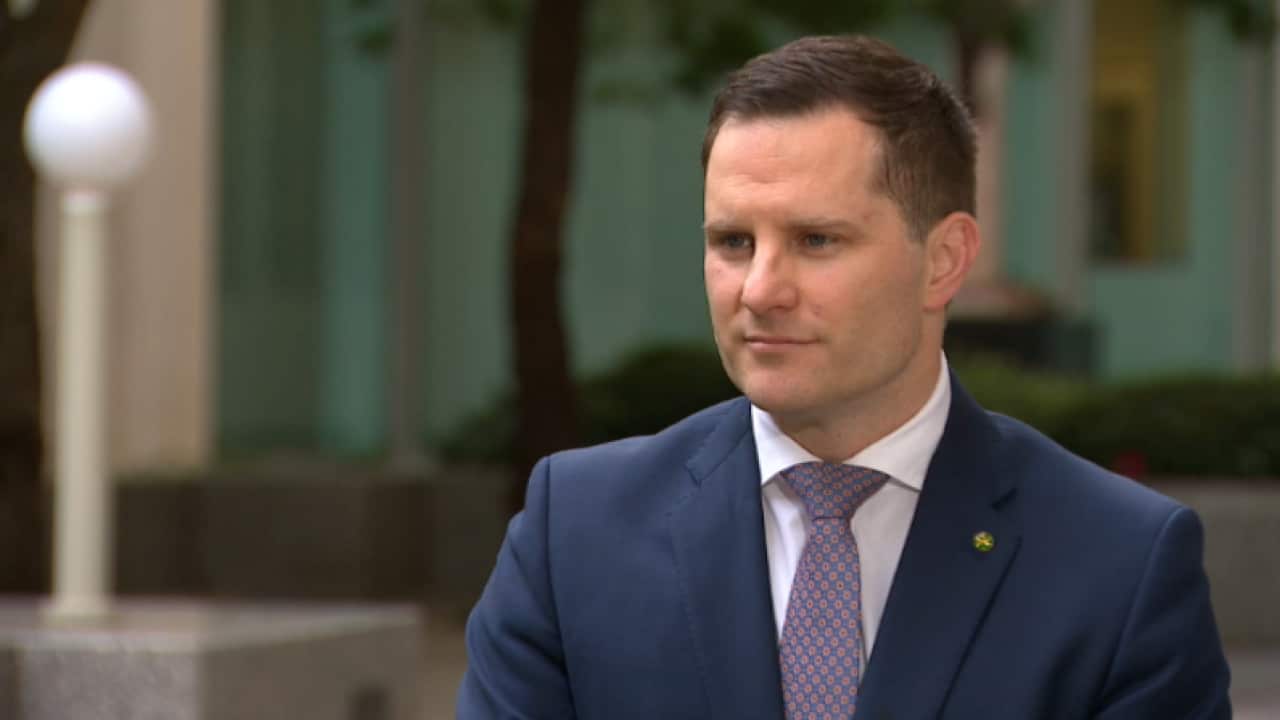 Immigration Minister Alex Hawke says he does not believe Australia's reputation as a destination for migrants has been harmed by the challenges posed by the coronavirus pandemic.

It has also exposed the vulnerability of temporary visa holders in Australia who did not get access to economic coronavirus support measures rolled out to help other Australians.

In a sit-down interview with SBS News, Mr Hawke said he believes migrants won't be deterred from considering Australia as a future home - despite the challenges presented by the pandemic.

“Every society had some pretty difficult choices in a very uncertain environment last year,” he told SBS News.

“[But] I think we’re in a good place - we have a great reputation internationally … as soon as we can open those borders we know we're going to have huge demand to access Australia.”

Mr Hawke - an Australian of Greek ancestry - was elevated to the position of Immigration Minister following a cabinet reshuffle in December last year.

He has his own family migration story with maternal grandparents who migrated from Greece as part of the post Word War II migration to Australia from Europe.

But he has also previously attracted backlash for comments linked to the inclusion of migrants in Australian society and diversity in Australia.

Four years ago, on the ABC’s QandA program, he suggested migrants should “assimilate and integrate” in response to a question about changes to Australia’s citizenship test.

“If you want to become Australian you have to assimilate and integrate into the Australian society,” he said at the time.

Last year, he also accused Australia's first female Muslim MP Labor's Anne Aly of claiming “her diversity as something better than other people's diversity” during a debate about multiculturalism in Parliament.

READ MORE
'Goodbye, Australia': The migrants giving up on the Australian dream for Canada

Asked about the controversial comments, Mr Hawke said he believed they were all part of exchanging ideas in Australia’s “very robust” democracy.

He said he did not believe migrants needed to “assimilate”, but rather that they should “integrate” into Australian society.

“No, migrants need to integrate into society,” Mr Hawke said.

“Australia is unique in the world - we take people from more countries and more cultures and integrate them into Australian cultural values than anywhere else.”

Mr Hawke took over the role of Immigration Minister at an unprecedented time, with international travel expected to remain on hold until at least late this year as a result of border closures.

He says he believes migration will play a critical role in Australia’s recovery from the pandemic, but has admitted the challenge ahead is "absolutely" a daunting one.

“I'm convinced that the migration program will be a huge part of how we recover from COVID and whether we will be as successful as we can be on that journey,” he said.

But concerns have been raised that some migrants could decide to choose against making Australia their home
as a result of the challenges exposed for visa holders during the pandemic, as well as prolonged visa waiting times.

The pandemic has also resulted in the challenge of people of migrant backgrounds being separated from family members, and facing long wait times until any chance of a reunion because of the travel restrictions.

Mr Hawke said at this time the government's focus is on ensuring the migration program can support Australia’s economic recovery from the recession.

“Post COVID is going to look very different,” he said.

“We are focused at the moment on what the program - the migration program needs to look like to support recovery.”

The shape and makeup of Australia’s migration program coming out of the pandemic remains an unclear prospect.

The latest federal budget has estimated
a loss of 72,000 people from the migration intake
for the 2020-21 financial year.

Mr Hawke said supporting the return of skilled migrants to fill critical skilled shortages and international students would likely be high on the government’s priority list once migration resumes.

“What it looks like is being in the global competition for people, skills, for families, for business,” he said.

“We need to get people as soon as we can open those borders to those businesses, to those regions because they will act as job multipliers. They will act as enablers for economies for growth and we need that growth.”

Mr Hawke said his own family’s story of migration has shaped his view of the value of migrants to Australia's society.

“Inherently I understand the journey of migrating parents,” he said.

“I understand like all migrants what it's like to move to a new country and become a second-generation person.”