The outspoken critic on Monday abruptly cancelled the Australian and New Zealand leg of her upcoming tour, citing security concerns as a reason. 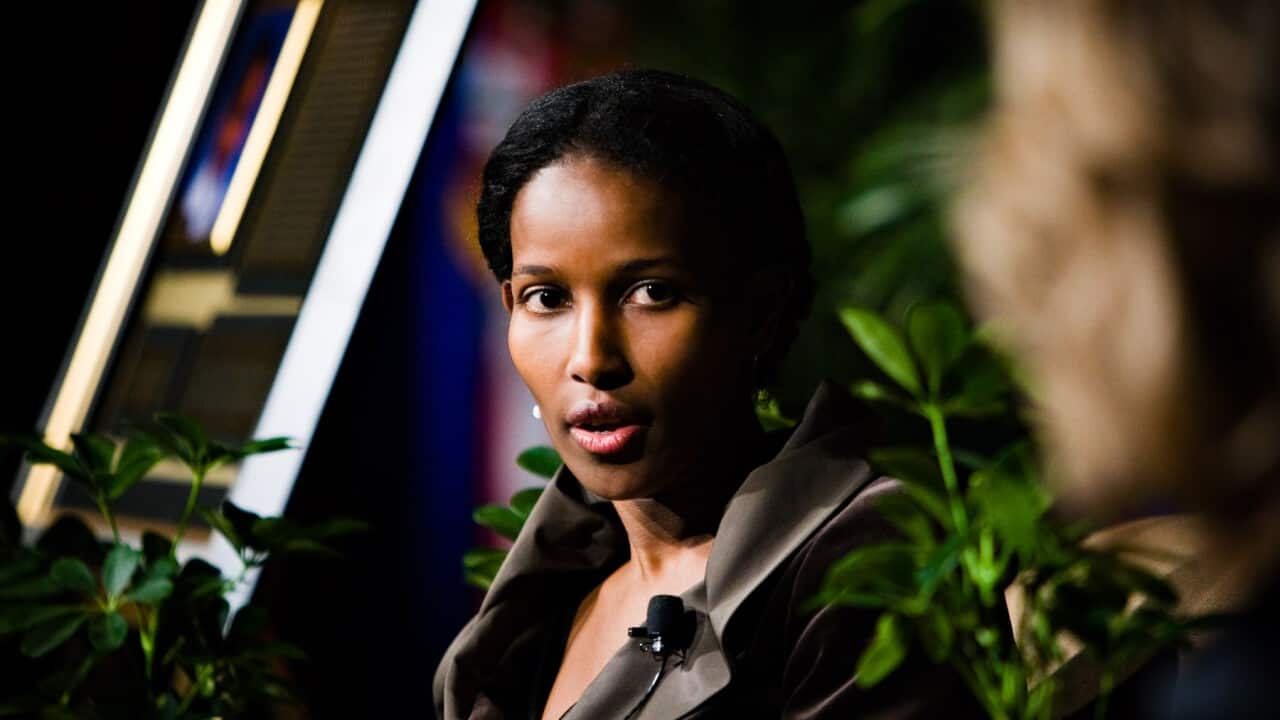 The talks were expected to begin in Brisbane on Thursday, before heading south to Sydney and then concluding in Melbourne on the Saturday.

Organisers Think Inc., who were scrutinised for their decision to host the controversial speaker, confirmed all ticket holders would be refunded in full.

'These are issues that need to be discussed': Ayaan Hirsi Ali to visit Australia

“Ayaan Hirsi Ali regrets that for a number of reasons including security concerns, she must cancel her upcoming appearances," a Think Inc. spokesperson said.

"She wishes the event organisers success in their future endeavours and hopes to return to Australia in the not too distant future."

Those media organisations with scheduled interviews, including SBS, were told they would be cancelled. Hirsi Ali was also due to appear on Q&A on Monday evening.

The event, "Ayaan Hirsi Ali: Hero of Heresy", was billed as an opportunity to "step inside the controversy" surrounding Islam and women's place within the religion.

Conservative commentators decried the move as a loss for freedom of speech.

"Against a backdrop of increasing global Islamophobia, Hirsi-Ali's divisive rhetoric simply serves to increase hostility and hatred towards Muslims,"
the petition, posted on Change.org, said
.

Ms Hirsi Ali has repeatedly criticised radical Islamists and sharia law and wants moderate Muslims to reform their religion - a stance that has put her at odds with many Muslim women.

In a video viewed tens of thousands of times on Facebook, a group of Muslim women responded to Ms Hirsi Ali's claims about women's place in Sharia law.

"You do not speak for us," the women said.

"How can you claim to stand for our liberation, when you simply repeat the language of our oppressors?

Ms Hirsi Ali was raised a Muslim by her family in Somalia, but later renounced her religion after seeking political asylum in the Netherlands in the early 1990s in an attempt to escape an arranged marriage.

She joined Geert Wilders' far right party in the Netherlands but moved to the US after receiving death threats for helping to make a short film that showed images of violence against women alongside verses from the Koran.

In a paper written for the Hoover Institute at Stanford University last month, Ms Hirsi Ali argues the public needs to be better educated about the political ideology of Islamists and the ways they recruit and finance their operations so they can reach their ultimate goal of imposing sharia law.