Mafia swearing-in ceremonies have been caught on camera in a two-year Italian police investigation. 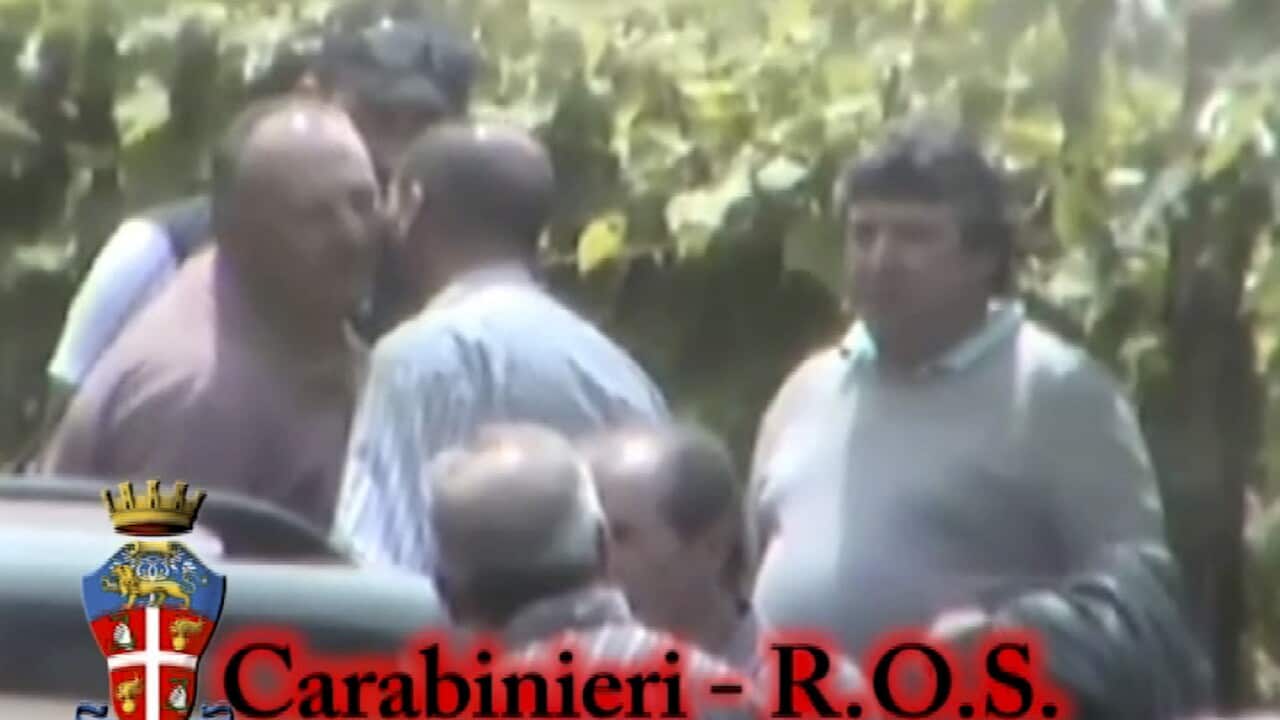 Italy Mafia Swearing in Ceremony 19/11/2014 02:19 In this photo taken from a video provided by the Italian Carabinieri (paramilitary police), people identified by police as Italian cryme sindicate 'ndrangheta' members kiss each other. Police in northern Italy say for the first time they have video of a secret, ritual swearing-in ceremony for the 'ndrangheta', a powerful Italian crime syndicate. (AP) Source: SBS

Secret mafia initiation rites have been caught on camera for the first time by Italian police, who have arrested 40 suspected gangsters in raids across the north of the country.

The arrests, on charges of criminal association, illegal arms sales and extortion, followed a two-year investigation using wire-taps and hidden cameras in locations frequented by mobsters.

"For the first time the swearing-in ceremonies have been recorded live," Milan prosecutor Ilda Boccassini told journalists following raids which landed 37 people behind bars and three under house arrest.

Advertisement
"For the first time we heard it from the voice of the mafia," instead of relying on details from police informants, she said.

Those arrested are believed to belong to three clans based near Milan but affiliated with the Calabrian 'Ndrangheta, an group made up of networks of hundreds of family gangs even more feared than the Sicilian Mafia.

Police said the arrests were fresh proof of the deadly southern group's expansion into the rich industrial north of the country.

The video and audio recordings revealed the swearing in of 'Ndrangheta mobsters to an elite membership known as "Santa".

New members swore allegiance "in the silence of the night and under the light of the stars and splendour of the moon" to "safeguard my wise brothers".

An unnamed boss leading the rite in police videos published on Italian newspaper websites can be heard telling the new Santa that they are now expected to be their own executioners should they stray from the 'Ndrangheta's code.

In what the man describes as the "oath of poison", he says there are two alternatives open to the disloyal: "Either you poison yourselves or you take this (gun) which shoots. There must always be a bullet reserved; one for you."