Joe wants to donate blood. He can't because of his sexuality

Canada, France, Greece, Lithuania and Austria have all removed restrictions on gay and bisexual men donating blood this year. On World Blood Donor Day there are renewed calls for Australia to do the same. 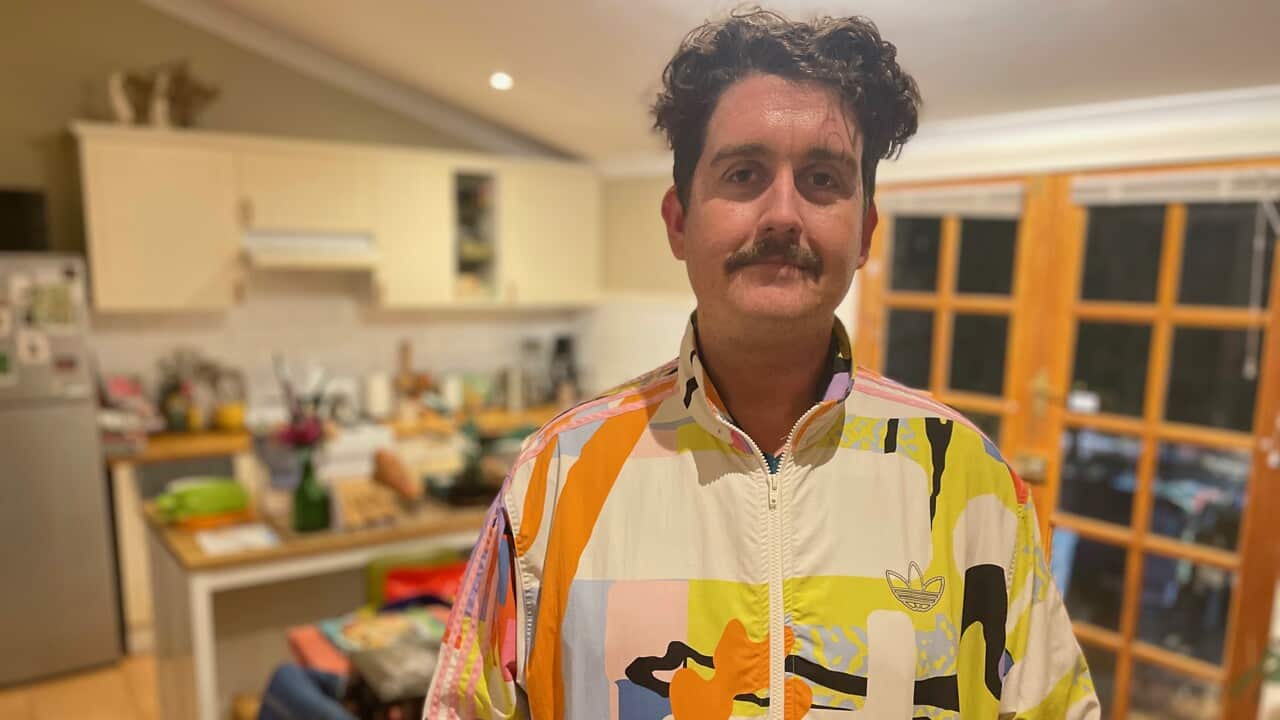 Joe Staniszewski is sitting on his couch, dogs curled up next to him, with sadness in his eyes. Having worked as a registered nurse, he knows the importance of blood and the life-saving ability it has.

"I would love to give blood," the 28-year-old from Perth says. But he knows he can't.

Mr Staniszewski identifies as queer, and despite being in a monogamous relationship and practising safe sex, he's not able to donate blood.

That's despite HIV rates declining over the past decade.

“It frustrates me that a blanket approach has been put on,” says event coordinator for the Perth Gay Social Club Ian Odlum.

“People like myself who are very safe and take our sexual health very seriously would be willing to give blood, but because that blanket rule is there, I’m not able to.”

“A heterosexual man that doesn’t practise safe sex could be more of a risk than a same-sex man who practices safe sex. It's discriminatory,” Mr Staniszewski says.

There are also
other eligibility requirements
to be able to donate blood in Australia.

Restrictions easing around the world

Amid the COVID-19 pandemic and natural disasters including the NSW and Queensland floods, demand for local blood donors remains high.

The Australian Red Cross says more than 1.6 million donations are needed every year, and while there are around 500,000 active donors in the country, the need for blood is constant. New donors are always needed.

It's the same story globally, and in recent years several countries have made the decision to repeal donor restrictions impacting men who have sex with men (MSMs).

“It’s been a long time coming. The current approach was discriminatory and wrong,” Canadian Prime Minister Justin Trudeau said in April as Canada became the 31st country to remove limits or restrictions on the basis of sexual identity on those wanting to donate.
This year alone, France, Greece, Lithuania and Austria have also removed their restrictions.

Some countries including Germany and the Netherlands have made the decision to allow those who are in safe, monogamous relationships to freely donate blood without a deferral period.

How do the restrictions work?

Australia is one of 44 countries that impose restrictions on men who have sex with men. Currently, if they would like to donate blood they have to wait at least three months after having the sexual contact.

Often referred to as a ‘deferral period’, Australia is one of 21 nations worldwide that enforces it. These periods can range from three months in Australia’s case, up to five years.
Source: Supplied / Charlie Mills/CIA World Factbook
The restrictions are enforced by the Therapeutic Goods Administration (TGA) in Australia which maintains they are in place to “maintain the safety and integrity of the Australian blood supply”.

The Australian Red Cross, too, maintains the rules are in place “to protect both the donor’s health and wellbeing as well as the recipient of the blood,” and denies it is discriminatory.

A spokesperson for the Federal Department of Health said: "The deferral policy has been independently assessed as not being discriminatory after consideration in several judicial and para-judicial forums – including the Victorian Civil and Administrative Tribunal, the Human Rights and Equal Opportunity Commission and the Tasmanian Anti-Discrimination Tribunal".

Australia has made some progress in its restrictions after lowering the waiting period from 12 to three months in January 2021.

What are the rates of HIV in Australia?

HIV notifications reached a low of 633 in Australia in 2020, according to the Kirby Institute at the University of NSW. That’s a decline of 37 per cent since 2016. In gay and bisexual men, HIV diagnoses have declined by more than 44 per cent in the same period.

It’s estimated that 29,020 people, or 0.1 per cent of the Australian population, are living with HIV, and 91 per cent of those people are aware of their status and are receiving treatment.
Source: Supplied / Charlie Mills/Wikipedia
Paul Benson is a 44-year-old Perth resident and gay. He's convinced that any 'risk' associated with gay sex is misconstrued.

“I would donate blood if I could. The fact that I'm on social media, I'm constantly bombarded with requests from the Red Cross, asking for blood donations. There's not nearly enough people doing it.”

There is perhaps opportunity for change.

Australia currently uses a “population statistical risk approach”, which identifies risk factors across the population. But some countries such as the UK and Canada have decided to move towards an “individual risk assessment” which would identify donor eligibility based on the sexual activity of the individual, regardless of their sexual identity.

Terry Healy is the member for Southern River in the WA Legislative Assembly and a champion of blood donation in Australia. In 2016, then aged 34, he became the youngest ever Australian to donate blood 300 times and values the importance of voluntary donation.

In removing its restrictions, the Canadian government spent seven years and more than $5 million on research and scientific evidence that showed an individual risk approach not only would ensure the “safety of the blood supply”, but also put an end to “discriminatory practices”.

Many, including Mr Benson, are now calling for Australia to do the same.

In a statement provided to SBS News, a spokesperson from the Australian Red Cross Lifeblood program said: "We understand these rules exclude some groups from doing what others take for granted... We hear the hurt, frustration, and the anger and we understand the desire to help. We want that too".

"We know that gay and bisexual men in declared monogamous relationships are a low risk, but as a group they are still at a higher risk of exposure than people in heterosexual relationships ... This [three-month] wait time is also applied to heterosexual risks, including someone who has had sex with a new partner who has come from a country where HIV is prevalent. It is also applied to people who travel internationally to certain countries.

"We’re exploring whether it may be possible to further reduce the three-month waiting period for plasma donations."

Charlie Mills is a journalism student based in Perth. This article is an extract from his master’s degree project at Curtin University.

Would you like to share your story with SBS News? Email
yourstory@sbs.com.au
Share
7 min read
Published 14 June 2022 at 5:42am
By Charlie Mills
Source: SBS News
Tags
Australia

'What's next, onesies?': Why this MP's parliamentary attire sparked debate

Veteran suicide has been labelled a ‘national tragedy'. This mother who lost her son is urging action