Manny Pacquiao wants a rematch against long-time rival Floyd Mayweather in 2019 and he says it is "a big possibility". 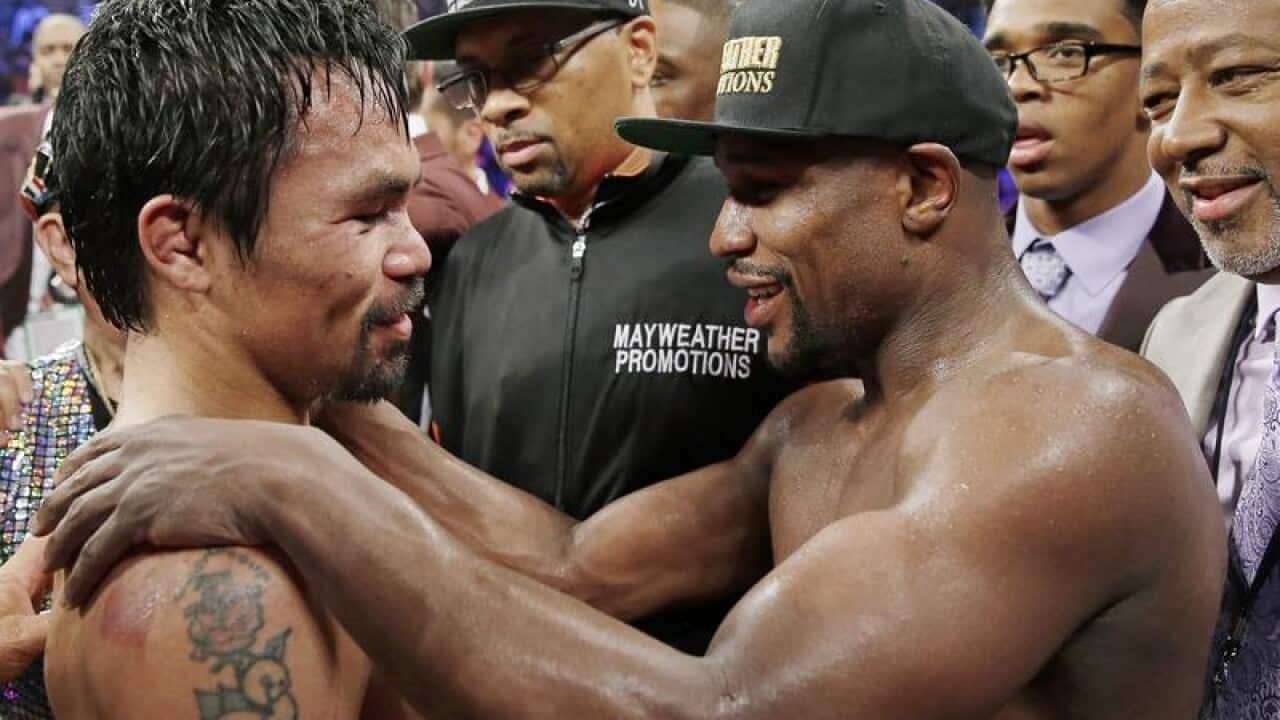 Manny Pacquiao, l, says a chance of a rematch with Floyd Mayweather in 2019 is a big possibility. (AAP)

Manny Pacquiao believes a rematch against Floyd Mayweather in 2019 is "a big possibility".

The 39-year-old delivered a speech at the Oxford Union in which he said he is likely to take on two more fights before retiring, and that could mean a finale against his long-time rival who beat him in Las Vegas in 2015.

Pacquiao will take on Adrien Broner in January, while Mayweather announced earlier on Monday his next challenge will be a bout with Japanese kickboxer Tenshin Nasukawa on New Year's Eve - reversing his apparent retirement after he beat UFC star Conor McGregor last year to move to 50-0.

Advertisement
"There is a big possibility because Floyd is coming back into boxing," Pacquiao said in comments reported by Sky Sports.

"He is fighting in December and I am fighting in January. So a big possibility after that next year that we will discuss a re-match.

"I had a shoulder injury ... but this time, if this re-match happens there are no excuses, no alibis."