Representatives of a tribunal set up to investigate allegations of forced organ harvesting by Chinese authorities have urged the United Nations to act immediately to stamp out the practice. 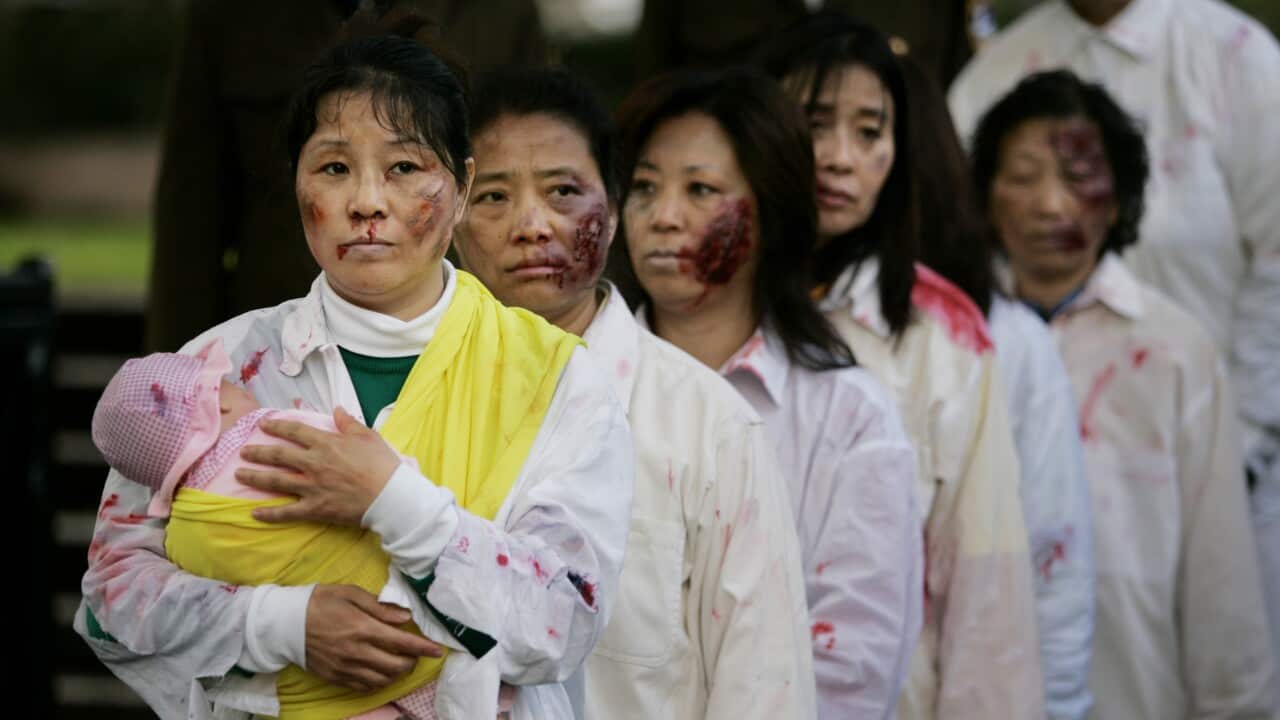 A file photo of protesters opposed to the Chinese authorities acting out alleged atrocities against Falun Gong members in Sydney, September, 2007. Source: AAP

The Chinese government is harvesting the organs of religious and ethnic minorities on a "significant scale", an independent body founded to investigate such allegations has told the United Nations Human Rights Council (UNHRC).

Hamid Sabi, a lawyer working for the China Tribunal, told the committee on Tuesday that the United Nations (UN) now has a "legal obligation" to act on the
group's findings
.

The Tribunal, chaired by Sir Geoffrey Nice QC, who previously worked in the International Criminal Tribunal for the Former Yugoslavia, found evidence "beyond a reasonable doubt" that innocent Falun Gong practitioners and Uighur's were being targeted for their organs.

Advertisement
"Victim for victim and death for death, cutting out the hearts and other organs from living, blameless, harmless, peaceable people constitutes one of the worst mass atrocities of this century," Mr Sabi told the committee in Geneva on Tuesday (local time).

"Organ transplantation to save a life is a scientific and social triumph. But killing the donor is criminal."

Forced organ harvesting refers to the practice of killing people, who are often held in detention centres and jails, specifically for the use of their organs.

The China Tribunal estimates that the organ transplant industry earns the Chinese government more than $1 billion every year, as people known as "transplant tourists" travel to China for organ transplants with a lesser wait time.

The tribunal was created in 2018, by the International Coalition to End Transplant Abuse in China (ETAC), to investigate whether any crimes had been committed by the Chinese state.

In their final judgement, published in June, the tribunal unanimously concluded that crimes against humanity had been committed.

“Forced organ harvesting has been committed for years throughout China on a significant scale and … Falun Gong practitioners have been one – and probably the main – source of organ supply," the report read.

According to the judgement, "thousands of innocents" had their bodies cut open while they were still alive and their kidneys, livers, hearts, lungs, cornea and skin removed and "turned into commodities for sale".

The final report found that the main target of these practices had been practitioners of the Falun Gong religion - a practice that draws on China’s long tradition of qigong, a regimen of controlled breathing and gentle physical movements.

To a lesser extent, the tribunal also found evidence that "acts of torture" had been inflicted on the Uighurs, a Muslim minority primarily located in the heavily-surveilled Xinjiang region.

Falun Gong leaders have repeatedly accused the Chinese government of forced organ harvesting of its members, but Beijing has consistently denied the claims. Evidence of the practice allegedly stretches back to the 1970s, but most of the evidence seen by the tribunal took place after 2000.

Before the Tribunal's judgement was released, a spokesperson for the Chinese embassy in London said the report constituted "rumours".

"The UN and the International Transplant Society should face up to what is revealed in the China Tribunal judgment and act," he said.

"The time of convenient 'uncertainty’, when all these entities could say the case against the PRC [People's Republic of China] was not proved, is past.”