Australia has now hit the grim milestone of 100 coronavirus-related deaths. Here, SBS News speaks with a respiratory physician who treated the first severe case in Australia about the experience and what she's learned.

A 93-year-old resident at an aged care facility in western Sydney died on Tuesday after becoming infected with the coronavirus, taking Australia's death toll to 100.

The grim milestone came 115 days after the first case of coronavirus on Australian soil was recorded on 25 January in a man visiting Victoria from Wuhan, China.

Mr Kwan and his wife, Theresa, were sent to Sir Charles Gardiner Hospital in Perth, under the care of respiratory doctor Fiona Lake.

Dr Lake said hospital staff did as much preparation as they could to deal with the novel virus.

“We had been reading about it, we had been planning for it. We understood some of the care we needed to give,” she told SBS News.

“The thing about this virus is that people can deteriorate quite late between days five and ten of the illness, so you are looking after them, but expecting they may get worse later on.” James Kwan was the first person in Australia to die from coronavirus.
Supplied

Mr Kwan’s situation deteriorated only a few days after arriving at the hospital, Dr Lake said.

“He didn’t have any complaints when he came into the hospital, we could see that his lungs weren’t working normally, but only very late in the course of the illness did he have problems such as shortness of breath, at which stage he was in quite severe respiratory failure."

Ms Kwan, who was recovering from COVID-19 in the same hospital, wasn't allowed to be by his side.

"The difficulty with the infectious nature of COVID is that puts the rest of the family at risk, so even when people are dying we are behind screens, windows and things like that," Dr Lake said.

Where have Australia's deaths occurred?

New South Wales has seen the most coronavirus-related deaths (47), while the Northern Territory has seen the fewest (zero).

There have been 18 deaths in Victoria, 13 in Tasmania, nine in Western Australia, four in Queensland, four in South Australia and three in the ACT.

More than a quarter (27) of Australia's total deaths have stemmed from infections in aged care facilities.

A cluster at Newmarch House - where Alice Bacon, the woman who became Australia's 100th death on Tuesday lived - has so far claimed 17 lives.

Aside from the Newmarch House cluster, seven deaths have been residents of the Dorothy Henderson Lodge, an aged care facility in the Sydney suburb of Macquarie Park.

The largest cluster of deaths is from the ill-fated Ruby Princess cruise ship, with 22 deaths linked to the vessel.

All four of Queensland's recorded deaths were people who had returned home after disembarking from cruise ships in Sydney. Two of those four deaths were passengers on the Ruby Princess.

Two of four South Australian deaths are linked to the cruise ship. 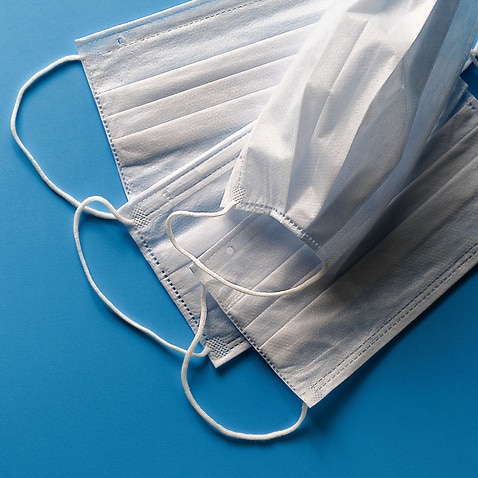 Tasmania’s coronavirus deaths have all come in the state’s north-west corner.

The North West Regional Hospital and the North West Private Hospital were both closed by Tasmanian Premier Peter Gutwein on 12 April after five deaths between both facilities in a fortnight.

Eighty-seven of Australia's first 100 deaths were people over the age of 70. The youngest was a 42-year-old Filipino crew member from the Artania Cruise ship.

How does Australia compare to other countries?

A little over a month ago, Australia was registering hundreds of new cases per day. But now, the numbers are much lower and restrictions are starting to lift in all states and territories.

Experts say Australia's low fatality rate is partially due to factors such as higher testing rates, our geographical location, stronger leadership, and a robust health system.

In Australia, just over one per cent of those who contract COVID-19 have died. Last week, the United States’ fatality rate sat at almost six per cent.

As of Tuesday evening, 6,389 people in Australia had recovered from coronavirus.

Catherine Bennett, an epidemiologist from Deakin University, said while every death is one too many Australia is in a much better position than it could've been.

“It is also likely that we have one of the better case fatality rates in Australia because our health system was not overwhelmed, and so our patients that had more severe illness would have received optimal care,” Prof Bennett said.

Has the virus affected sexes differently?

In Australia, 55 men have died from the illness compared to 45 women, which some think may have something to do with genetics.

“We know that men have more ACE2 in their bodies, and we know that people who have heart disease and other comorbidities have more AEC2, so we know men and people with underlying diabetes, hypertension, and cardiovascular disease are at greater risk of getting COVID-19 and getting severe COVID-19.”

But the science is still being worked out and Prof Bennett said there could be other genetic factors at play.

“Females have two x chromosomes, males only have one. So if you have a problem with a gene, you have a mutation, you don't have any backup DNA. So anything important that might relate to how this virus binds and gets in or the immune system can put males at a disadvantage,” she said.

What does it feel like to have a severe case of COVID-19?

“It felt like I was having a heart attack,” said Zoe Brown, who was hospitalised twice during her month-long battle with COVID-19.

"It was like a severe flu that I have never experienced before.

"It was very scary knowing that no one in the world who has a cure for this. Even though I am fit and healthy I just felt very vulnerable."

Ms Brown, a pilates instructor, developed a sore throat after an evening out with friends and decided to play it safe by staying home from work the following day.

A text message informing Ms Brown that a member of her church congregation had tested positive for coronavirus made her get tested. Five days later, she returned a positive test. "I was given very detailed instructions that I needed to go into isolation for 28 days and that I needed to have access to my bathroom as well as not cook anything in the kitchen so I wasn't passing on any germs to the rest of my family," she said.

"There were five days of normal flu-like symptoms but on the fifth day as I was almost getting over it I lost my sense of smell.

"I was starting to feel better but that was only the first phase of the virus and it was the second phase which got much worse. The scariest point was when I felt like I was having a heart attack. It was like someone was standing on my chest."

"My energy levels are not completely back and I have been unable to return to teaching pilates," she said.

"It is such a big thing for a person to go through physically, emotionally, and psychologically."